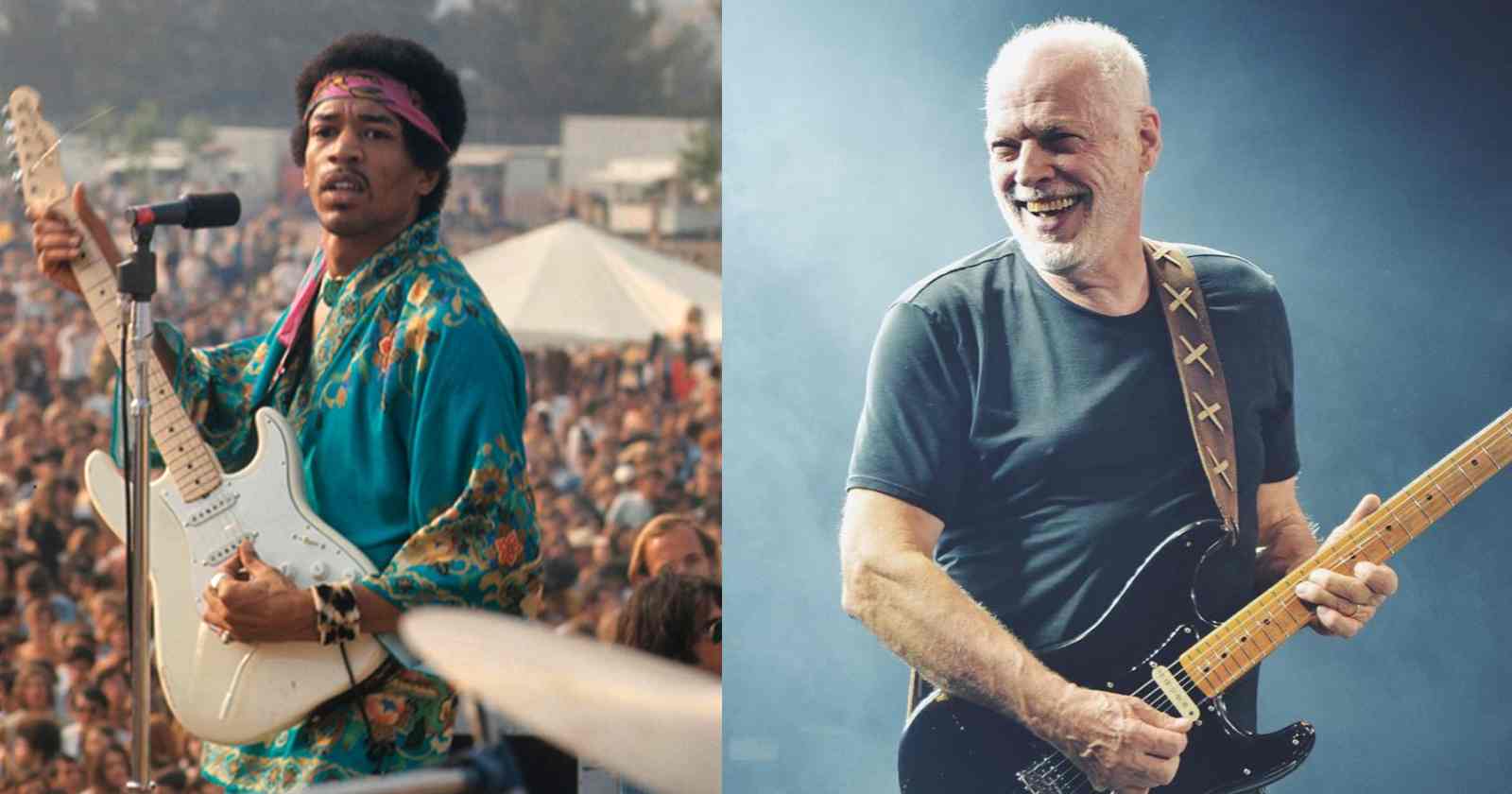 Considered the greatest guitarist of all time, Jimi Hendrix revolutionized Rock and Roll music by the late 60s with incredible albums released with Noel Redding (Bass) and Mitch Mitchell (Drums) as The Jimi Hendrix Experience. Songs like “Voodoo Child (Slight Return), “Fire”, “Purple Haze” and “Foxy Lady” influenced many generations that would later on create other classic bands. Since Hendrix’s death at the age of 27 back in 1970, many musicians talked about his work, including the legendary Pink Floyd guitarist and singer David Gilmour, who knew Hendrix before he was “The Jimi Hendrix”.

What is David Gilmour’s opinion on Jimi Hendrix

Jimi Hendrix was a big influence to almost Rock and Roll guitarists that appeared in the late 60s and early 70s, and of course, David Gilmour was impressed when he first heard the American musician. But it turns out that he saw Hendrix playing before he became the “Jimi Hendrix” as he recalled in an conversation with BBC Radio 2 show “Tracks Of My Years” in 2006 (Transcribed by Rock and Roll Garage). He listed Jimi Hendrix’s “The Wind Cries Mary” as one of his favorite songs of all time. “Jimi Hendrix, fantastic. I went to a club in south Kensington in 1966. This kid got on stage with Brian Auger and the Trinity. (He started to play) the guitar with the other way around (upside down) and started playing. Myself and the whole place was with their jaws hanging open.”

“I went to the next day to record shops. I said ‘You’ve got anything by this guy Jimi Hendrix?’ They said ‘Well, we’ve got a James Hendrix’. He hadn’t yet done anything. So I became rather an avid fan waiting for his first release. Also this is one of his beautiful ballads that I really love,” David Gilmour said.

Even though the kind of music he created is not very similar to what Hendrix played. But Gilmour explained in an interview French Guitarist and Bass magazine back in 2009 that artists can be influenced by other music genres. “He’s a major influence on me in terms of playing. But it’s harder to pinpoint how the people you admire influence you when you start composing. It’s the whole story of the music you hear in your head compared to what comes out when you play. The music in my head came first from Leadbelly, then the Beatles, then Eric Clapton and Hendrix. What happened next is another story,” David Gilmour said.

David Gilmour revealed to Guitar Tricks Insider magazine back in 2017 that one of his favorites albums from Hendrix is “Electric Ladyland”. Released in 1968, two years before Hendrix’s death, the record is often recalled for the famous tracks: “Crosstown Traffic”, Voodoo Chile”, “Voodoo Child (Slight Return)” and “All Along The Watchtower”.

At the time of it’s release the album reached the position number 1 in the United States and stayed at the top for two weeks. It was Hendrix’s most successful album and his only number one.

Gilmour even had the chance a few years later to be one of the people to mix the sound of Jimi Hendrix at the Isle Of Wight festival. He recalled that moment 0in an interview with Prog magazine in 2019. “I helped mix the sound for Hendrix at the Isle of Wight in 1970. Not a lot of people know that. From the side of the stage with WEM Audiomasters with Charlie Watkins.”

“I went down to go to it and I was camping in a tent, just being a punter. I went backstage where our main roadie guy, Peter Watts, was trying to deal with all the mayhem. (He was) with Charlie Watkins of WEM. They were very nervous, they were going to have to mix Hendrix’s sound. I did some mixing stuff in those days and they said ‘Help! Help!’ So I did,” David Gilmour said.

Gilmour had the chance to honor Hendrix back in 1991 at the Live Amnesty International’s Big 30 when he performed the classic “Hey Joe” with Seal on vocals.