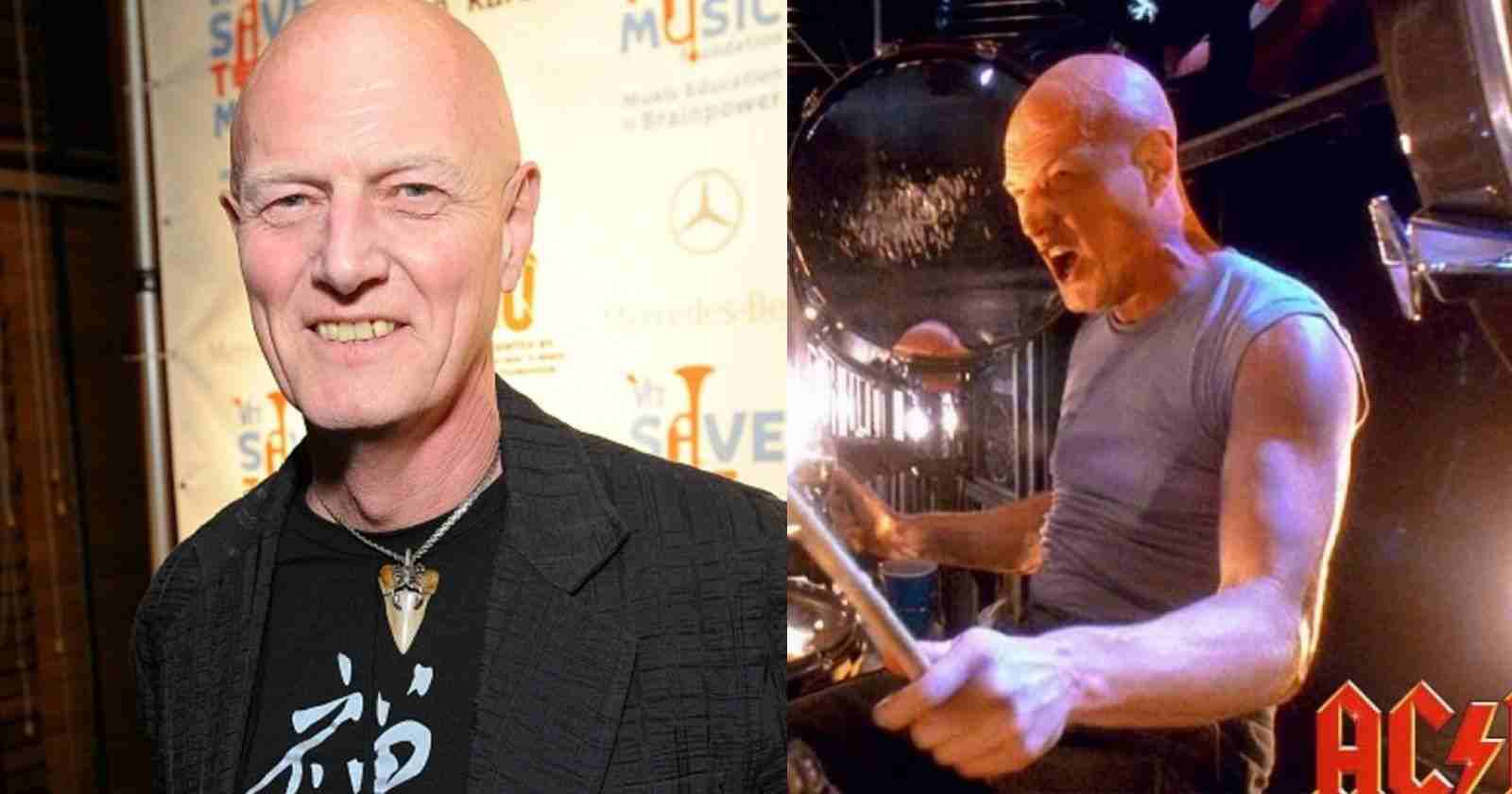 Ex-AC/DC drummer Chris Slade, that also played with The Firm, Gary Numan, Tom Jones, Uriah Heep, Manfred Mann’s Earth Band and Asia, talked in an interview with Andrew DiCecco (transcribed by Ultimate Guitar) about his exit from AC/DC back in the 90s and his return to the band in 2015 (He was once again replaced by Phil Rudd).

Chris Slade talks about his exit from AC/DC in the 90s:

“We were doing demos in London, just Angus, Malcolm, and myself. This went on for months, actually. I got a call from Malcolm saying, ‘It’s nothing you’ve done, it’s nothing you haven’t done, but we’re going to try Phil [Rudd] out again.'”

“And I went, ‘Wow, where did that come from? That was left-field.’ And I resigned on the spot. I said, ‘Well if it ain’t broke, don’t fix it.’ He said, ‘Oh, we’ll keep you on and keep paying ya.’ I said, ‘No. I’m not interested. If it ain’t broke, don’t fix it.’ And this is true. It was Malcolm himself that called, which was a tough call for him, of course. Now, if I’d been my father and that was my son, I would have said, ‘Just hang around. They already said they want you.'”

“Because Malcolm said, ‘We don’t even know if he [Rudd] can even play.’ I said, ‘Well, that’s your problem now, guys, sorry.’ It was probably a bit stupid of me or a fit of pique, but I don’t like being messed around.”

“I heard some horror stories about other drummers in different bands – no names, no pack drill – who people were always on their case. Play this, or play it like that, or play it like him. And I’m afraid I won’t be able to put up with that.”

You obviously departed on relatively good terms with AC/DC in the mid-1990s because they eventually brought you back into the fold [in 2015] for the ‘Rock or Bust’ Tour. Who reached out to bring you aboard?

“The manager called from New York – I was in Switzerland. At the end of the conversation, I said, ‘Did this come from the band?’ And he said, ‘Of course it came from the band. Do you think I’d be calling you if the guys didn’t ask me to call you?’ And I went, ‘Oh, OK. That’s nice. That’ll do it, then.’ Because I was so shocked that they were asking me again, I was really, really pleased to get that call because the timing dragged on.”

“My friends and people used to say, ‘Oh, you’ll be getting that call any day now from AC/DC.’ I’d go, ‘No, they ain’t gonna call me, OK? They’re just not gonna call me. That bridge is burned.’ But there it was; they did. It’s always been an honor and a privilege to play for AC/DC.”