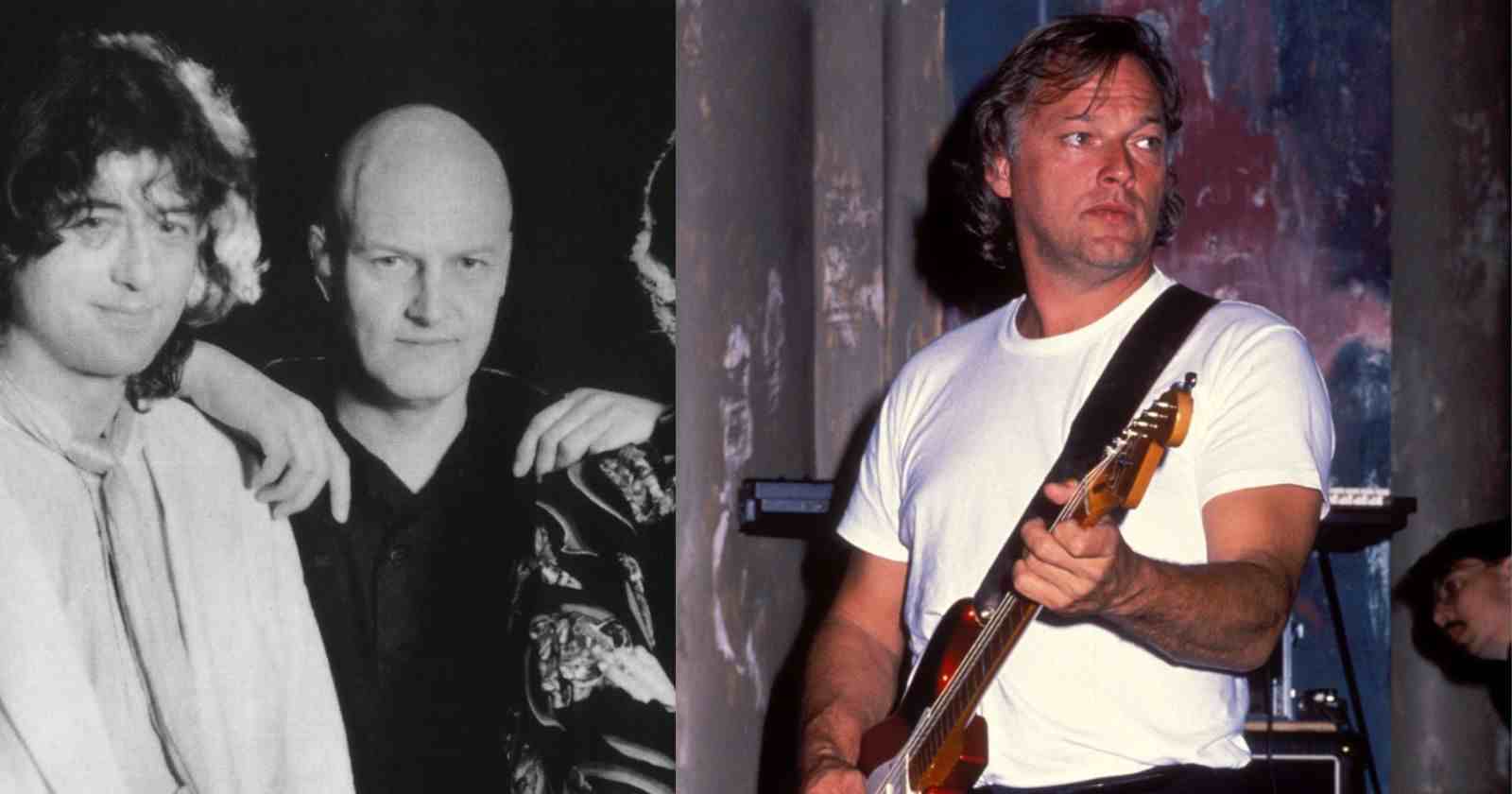 Ex-AC/DC drummer Chris Slade, that also played with The Firm, Gary Numan, Tom Jones, Uriah Heep, Manfred Mann’s Earth Band and Asia, talked in an interview with Vinyl Writer Music about when he was invited by David Gilmour to be his tour drummer and by Jimmy Page to be on the supergroup The Firm in the same day.

Chris Slade recalled about when David Gilmour and Jimmy Page called him in the same day:

“And he said, ‘I’m putting a tour together, and I’d like you to play drums.’ I went, ‘Wow, that’s fantastic. But you know, I’m working with Mick Ralphs.’ And he said, ‘Oh, yeah. That’s fine because Mick’s doing it as well.'”

“I went, ‘Wow, you won’t believe it, Jimmy, but an hour ago, I said to David Gilmour that I’ll go on the road with him.’ He said, ‘Oh, how long is that going to take?’ Initially, it was going to be three months; it was a three-month tour, and apparently, he was already booked.”

“And he went, ‘Oh, well, let us know,’ which I did. In the end, they ended up waiting a whole year for me to come off the road with Gilmour. So, that was really something; that was a red-letter day. I can’t remember the date, but I marked it in my calendar at the time.”

Obviously, Jimmy is revered as one of the greatest guitar players in music history. However, from a bandmate perspective, what was it like working with him on the project?

“Oh, it was great; he’s a really nice guy. Believe it or not, he has no pretensions. I never saw him throw a wobbler, as we say in Britain unless it was professional. Yes, he would throw a professional wobbler — in other words – things aren’t set up right, or there’s some sort of glitch with the sound. But never personally. He was great to work with.””

The band’s rhythm section was incredibly cohesive. You and Tony complimented each other immensely.

“It was tremendous. He’s a great player. Of course, he played fretless, which makes a big difference; it’s more lyrical and melodic. But Tony is absolutely fantastic. He’d been working with Roy Harper before that, but he hadn’t done a lot.”

“We keep in touch now and again. He lives in California and I used to live in California; we were quite close to each other. I used to see him at the NAMM show all the time, but I haven’t been to one of those for about five years. We used to hang out together as well; we would to go to bars together on the time off. It was a really good relationship.”