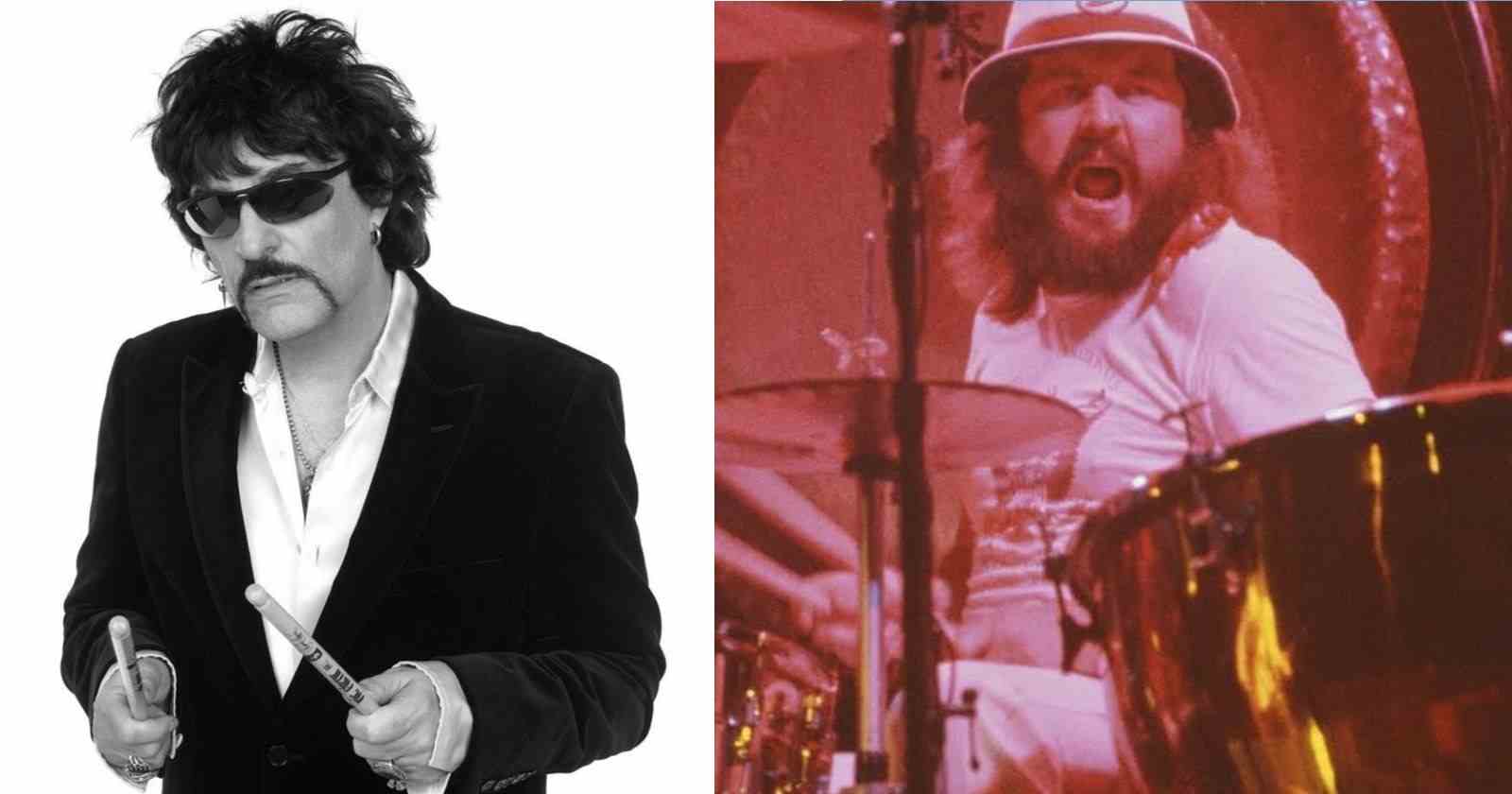 Vanilla Fudge drummer Carmine Appice said in an interview with The Aftershocks Podcast that John Bonham was influenced by him. According to Appice, Bonham himself told him that he was an influence in his drumming technique.

Carmine Appice said about John Bonham being influenced by him:

“Well, for me, it’s different, because I was around before him. They [Zeppelin] opened up for us [Vanilla Fudge], and when they did, John Bonham had told me I was one of his influences.”

“I got a call from Steve Smith – you know, Steve Smith from Journey – one day, and he said to me, ‘I just listened to Vanilla Fudge’s [1968 album] ‘Renaissance’ album, and what I heard on there was everything John Bonham ever did.'”

“When they came on tour with us, I got him his drum set. I’ve got a picture of my drum set and his drum set, and it was the same drum set… which were big, oversized drums. I started that fad with the Ludwig drum company back in 1968, and they toured with us at the end of ’68.”

“So I called Ludwig and said, ‘Hey, I have this new band opening up for us, this guy John Bonham. I think they’re gonna be big.’ Now I say it’s an understatement of five decades. So with that, they gave him the same set as mine. We had two blond maple kits – double bass drums even he had. And we did one tour in ’69 with both those drum sets.”

“I often wondered how silly it was when they went on, he had his double-bass drum set, and I went on, and I had mine. They took his [drums] off and they put mine on. But the audiences probably said, ‘Why did they take that drum set off and they put it back on again?'”

“It was the same exact drum set. After that tour, Robert [Plant] and Jimmy [Page] told him it was too busy with two bass drums: ‘Take one away.’ When he took one away, the Led Zeppelin drum set was born. So that’s the story.”

“But I’ve had this kind of drum sound ever since the beginning of my career with Vanilla Fudge. Zeppelin worked with the same engineers that I worked with – like, back in the day, Andy Johns was a tremendous engineer that helped develop that drum sound.”

“But Jimmy Page had it in his head what the drum sound would be like. It was mostly ambient drum sound, using big rooms and a couple of mics, instead of everything miked. My whole drum sound, ever since Vanilla Fudge days, has been based on ambient room mics. And that’s what Bonzo’s drum sound was based on.”