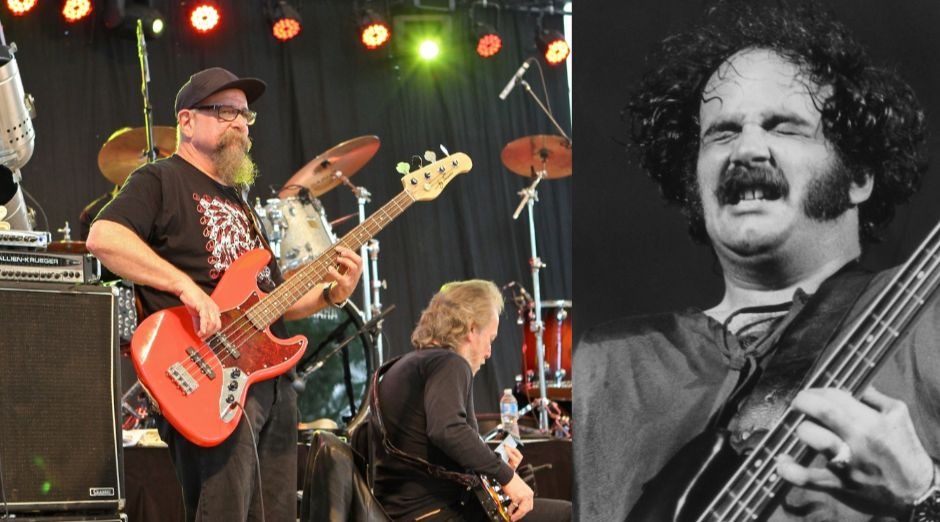 Larry Taylor, founding bassist of the band Canned Heat, one of the most influential of the 1960s, died on Monday at the age of 77.

The death report was confirmed late on Tuesday by social networks and a group spokesman, who added that Taylor was fighting a 12-year battle with cancer and died at his home in Lake Balboa, California. California.

Larry “The Mole” Taylor, as he was known, played with Canned Heat from 1967 to 1970 and experienced the band’s pop with the release of the album Boogie with Canned Heat and his powerful participation in the Woodstock festival. In addition, the musician has had outstanding collaborations on albums by The Monkees, John Mayall and Tom Waits.

Larry “The Mole” Taylor, born June 26, 1942, passed yesterday, August 19, 2019 at his home in Lake Balboa, CA after a battle with cancer that has been ongoing for twelve years. At his request, no service will be held.

Larry is best known as the bass player of legendary Canned Heat as part of the original, classic lineup including Alan Wilson, Bob Hite, Henry Vestine and “Fito” de la Parra. Now, only “Fito” is here. Larry was the brother of Mel Taylor, drummer for The Ventures for many years. He began his professional career as a teenager, touring with Jerry Lee Lewis. Before Canned Heat, he was a session player on many great records including The Monkees, Albert King, Solomon Burke, Buddy Guy, Charlie Musselwhite, JJ Cale, Ry Cooder and Harvey Mandel. Over the past thirty years, he has played both upright and electric bass on records with John Lee Hooker, John Mayall, John Hammond Jr., Kim Wilson, JW Jones and many albums with Tom Waits with whom he played many, many live shows on upright bass. He also formed the Hollywood Fats Band with Mike Mann. Larry rejoined the Canned Heat lineup ten years ago with fellow original drummer, “Fito” de la Parra, who through the years, has been one of Larry’s closest friends and band mates. Larry played at many great festivals including Monterey Pop in 1967 and the original Woodstock in 1969.

Larry told great stories, funny jokes, was a foodie, wine, record, and rock poster collector, computer whiz and a special human being who really “lived for music”… music was his religion!” He influenced many of us in different ways and he will be missed by many throughout the music industry. Condolences to his wife, Andrea, his son Danny and his two daughters, Rebecca and Molly.