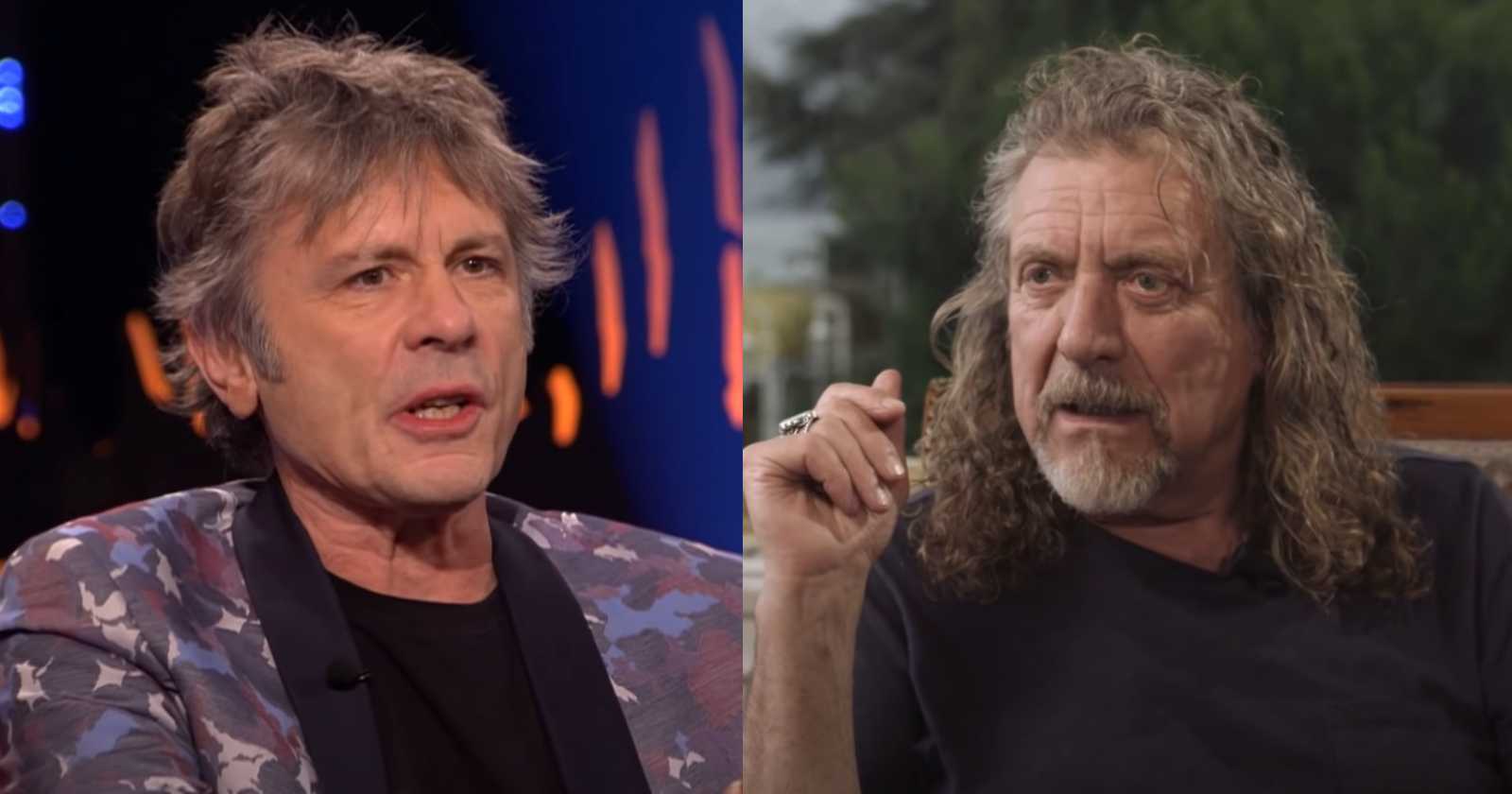 Robert Plant made history as the vocalist of Led Zeppelin, becoming an influence to almost all Hard Rock bands that appeared later. With his incredible range and lyrics he helped the group to become one of the best-selling of all time with an estimated amount of more than 200 million records sold worldwide. Over the decades many of his peers talked about his work and one of them was the Iron Maiden vocalist Bruce Dickinson.

What is Bruce Dickinson’s opinion on Robert Plant

Talking with Metal Rules back in 2000, Bruce Dickinson listed 3 singers that in his opinion are the the bases for the Heavy Metal singing style. One of them was Robert Plant. “Oh Christ, that’s too hard. This is extremely difficult because there are basically… There are basically 3 bases for the metal style of singing. If you join aspect of these 3 singers, you have everything. These 3 singers are Robert Plant (Led Zeppelin), Ian Gillan (Deep Purple, Black Sabbath) and Paul Rodgers (Free, Bad Company). If you join them in various combinations you have everyone was always talking about well,” Dickinson said.

He also praised the singer in an interview with Loudwire back in 2015 when talking about some vocalists he looks up to. “The early Robert Plant stuff. Really early Zeppelin was unbelievable. My favorite stuff from that era, they did like Danish TV shows and they did live. Wow, it is like completly unedited. Raw as it was and it’s just astonishing. It’s primal.”

Dickinson had in the 2000s a BBC Radio show called “Masters Of Rock”. On the website of the program he listed the 15 essential albums that everyone should listen. One of them was “Led Zeppelin IV” (1971), record that has classic tracks like “Black Dog”, “Rock and Roll”, “Stairway To Heaven” and “Going To California”. The album was produced by the band’s guitarist Jimmy Page and doesn’t have a title on the cover. Only features an old portrait of a man and four symbols chosen by each band member.

The Iron Maiden frontman had the chance to cover the Zeppelin track “Communication Breakdown” that was released as the b-side of Maiden’s 1990 single “Bring Your Daughter To the Slaughter”. The song was also included on Maiden’s compilation album “Best Of The B’ Sides” (2002).

Bruce likes Robert Plant’s vocals and Led Zeppelin’s music but as he revealed to Metal Hammer back in 2016, if he had to chose between Zeppelin and Deep Purple, he would go with the band fronted by Ian Gillan. “I was always a bigger Purple fan than Zeppelin.”

“But I never saw either Zeppelin or Purple when I was a kid, when they were in their heyday. Zeppelin were adopted by American radio big-style. But I’ve got to confess that the thing I loved most about Zeppelin was their English folk roots. Not their copies of American blues tracks,” Bruce Dickinson said.