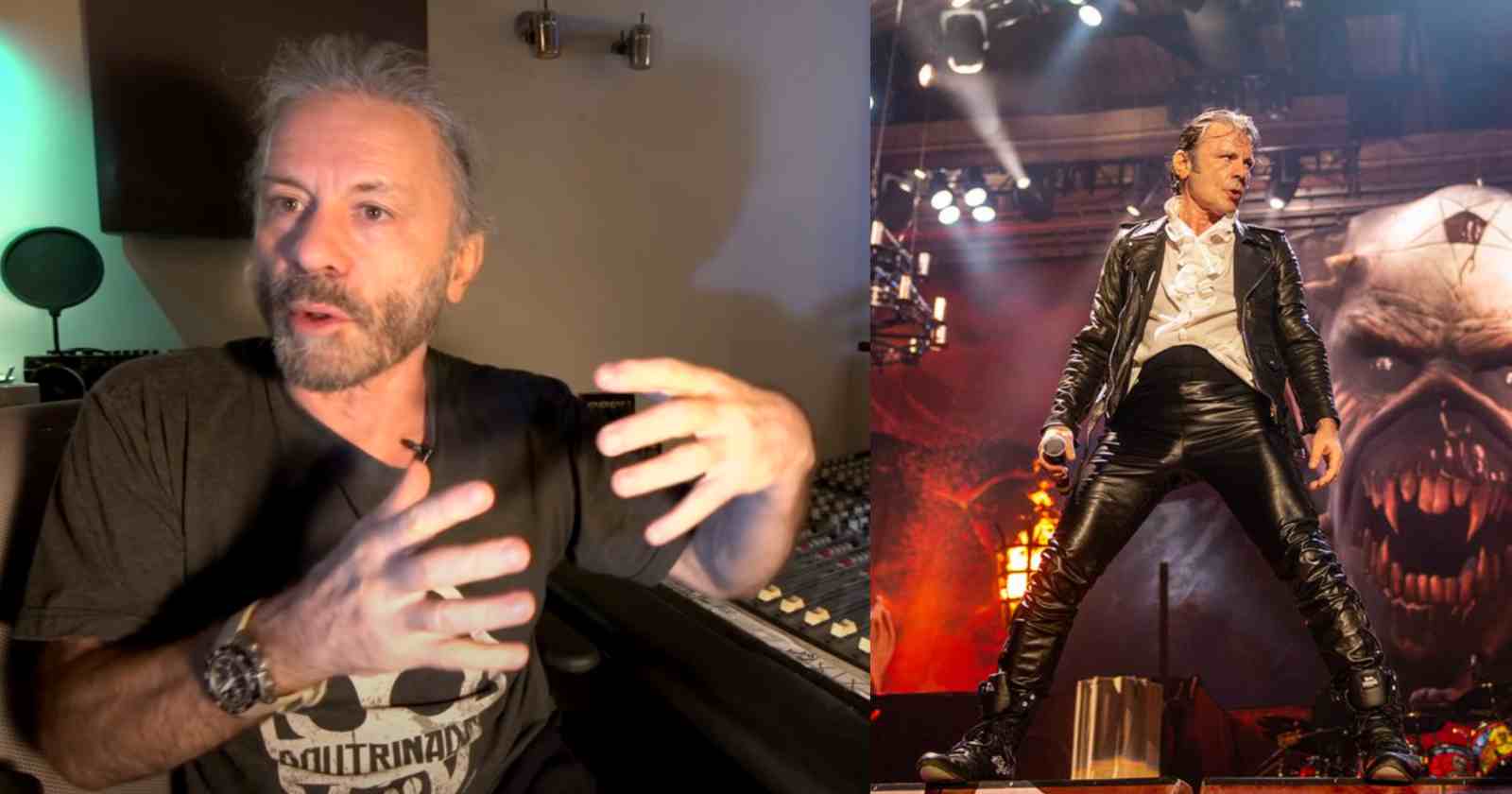 Iron Maiden vocalist Bruce Dickinson recalled in an interview wtih BBC Radio (Transcribed by Ultimate Guitar) how he was hired by the Heavy Metal band back in 1982 after Paul Di’Anno left the group. The musician recognized that even when he was in Samson he had the dream to sing with Steve Harris and company.

Bruce Dickinson recalls how he was hired for Iron Maiden:

“Well, the first time I saw the band, I was in another band, called Samson. We were all touring around the same scene, the same clubs, and things lke that. I had heard a lot about Iron Maiden but I hadn’t actually seen them. So, one night, we were strangely enough headlining, and they were special guests at this club in London.”

“So I thought, ‘Well, I better stand at the back and have a look at this lot then.’ And I thought, ‘Oh my god, they’re amazing!’ They reminded me – the energy and everything – of one of my childhood fave bands in the early-’70s, Deep Purple, and stuff like that.”

“Absolutely raging on stage! And I remember thinking, ‘Oh, I’ve got to sing for those guys! I know they’ve got a singer but they really need me! Oh my god, what we could do together!’ Anyway, it was going to be a year and a half before they parted ways with the singer who was there [Paul Di’Anno]. Obviously, we were all aware of each other.

“I mean, the drummer in Samson the previous year had joined Iron Maiden. So when we recorded an album next door to Iron Maiden, who were recording ‘Killers,’ we were in the same studio complex. So we were always having a beer and just chatting away, so we all knew each other.”

“I did a special guest thing with Samson. The manager turned up in the audience and he was watching, and Steve, the bass player, was watching. And he said, ‘Well, there you go, that’s what you get.’ So yeah, he invited me back to his hotel room, so I’m sitting there in his hotel room, and he says, ‘I’d like to offer you the chance to audition.’

“And I went, ‘Oh, OK, alright.’ I was like 19 years old or something like that, and Maiden’s already going to be growing, obviously, going to be one of the biggest bands in the world. I remember saying to him, ‘Look, mate, let’s not beat about the bush. You’re offering me the chance to audition but you know I’m going to get the job.

“Where did that come from? But when you’re 20, you’re fearless. I did, obviously, audition for the band, we went to a rehearsal room, we sang a load of Maiden tunes. Then we sang all of our favorite tunes that we all liked, that we all knew together.

It was great! Then in the recording studio, they did a few checks that I actually did sound like what they thought I sounded like. And then that was it, came outside, handshake, none of this elbow bumping back in the day. Handshake and a hug, and then down to I think it was a UFO gig, and we all went down. We got absolutely blooded in the bar.”