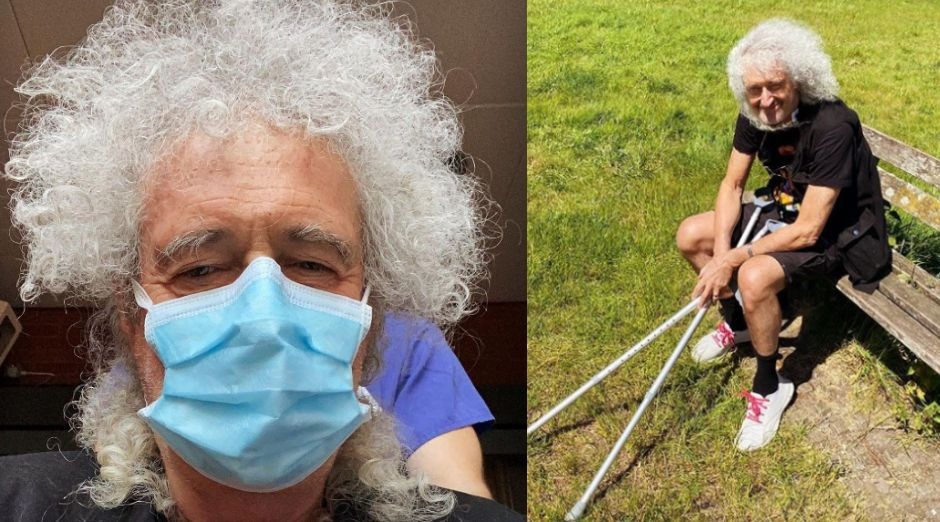 Queen guitarist Brian May suffered a domestic accident and had to go to the hospital in the beginning of the month of May. At the time, the 72 year-old musician said that he injured a muscle in his buttocks during gardening work. However, he now revealed in his Instagram that after this accident, he suffered a small heart attack and almost died.

Brian said about the small heart attack he had:

“In the middle of the whole saga of the painful backside, I had a small heart attack. And I say small. It’s not something that did me any harm. It was about 40 minutes of pain in the chest and tightness and that feeling in the arms and sweating.”

“To cut a rather long story short, my wonderful doctor drove me to the hospital himself and I went straight into what they call the ‘CAT room,’ I think, and I had an angiogram. And that’s when they stick something in your wrist and it goes all the way up to your heart and into arteries in your heart, and it can find out in a way that nothing else can.”

Hmm … Sheer Heart Attack eh ? Well, I think I always worried a little bit about that album title. I wondered if it might upset some people who had actually had heart attacks. I’m actually quite relieved now that I’m in that club – and I don’t find it upsetting at all ! Take. care folks. And … why did those discs in my spine get so squished? Well I think 50 years of running around with a guitar strap over my left shoulder holding a heavy guitar might have something to do with it ! But it probably WAS all worth it ! Bri

“And they looked at me – ’cause you’re conscious while they do it – and they said, ‘Brian, we’re sorry but this is a bit more complicated than we thought.'”

The musician continued saying that:

“Three arteries that were congested and in danger of blocking the supply of blood to my heart.”

He also said, that he didn’t wanted a open heart surgery. Although many people told him he should do it. He chose to have three stents put in. Possibility that was suggested by other doctors.

“I didn’t realize that was amusing, really. I kind of forgot that anything to do with the bum people find amusing. So I got a bit pissed off with all the ‘Brian May gets a pain in the bum’ kind of stuff.”