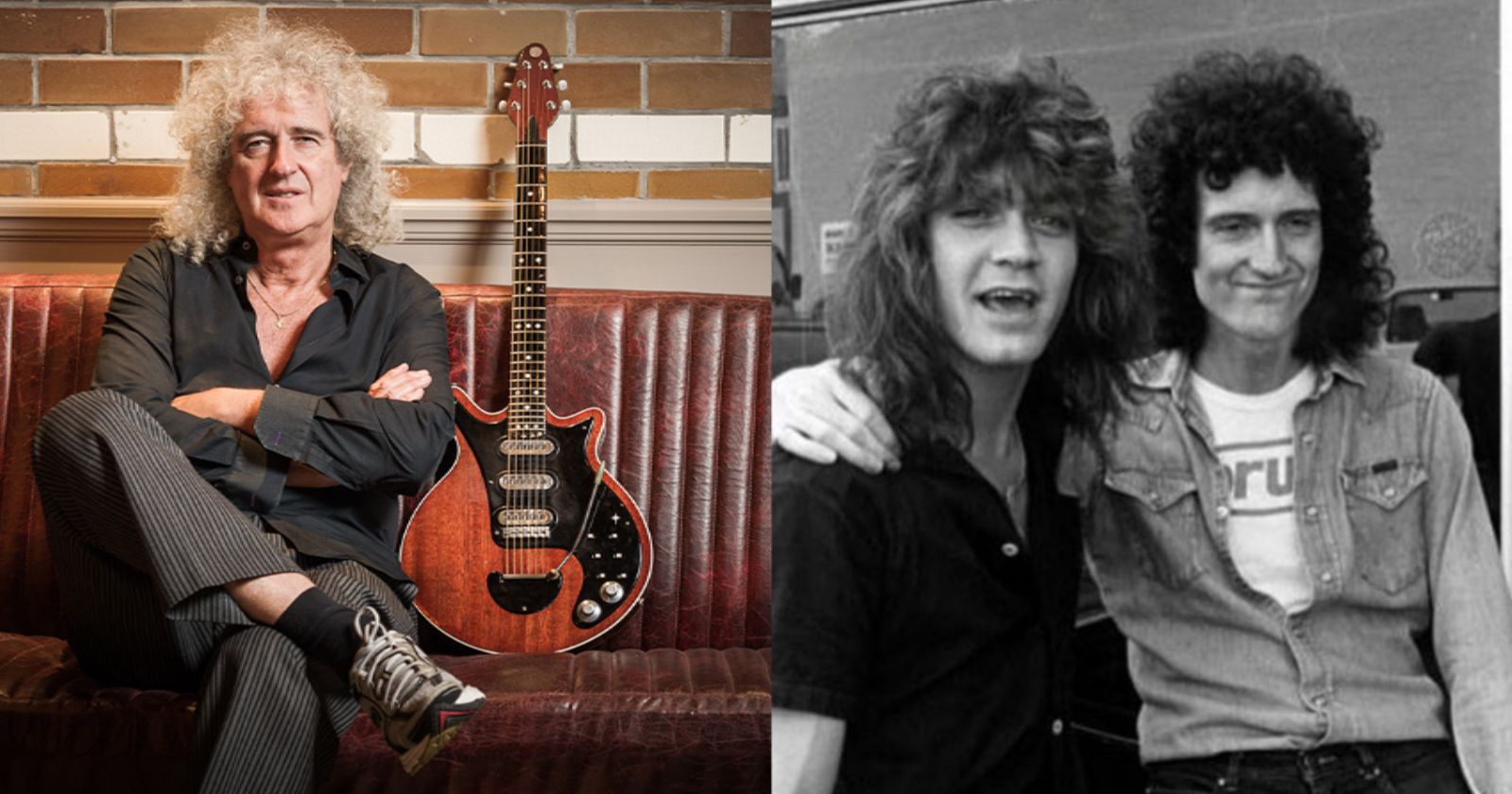 Queen guitarist Brian May recalled in an interview with BBC Radio 1 the first time he ever saw Eddie Van Halen playing. The musician said that it was when the American band was Black Sabbath’s opening band.

“There hadn’t been anything so shocking since Jimi Hendrix. I saw Van Halen support Black Sabbath – Tony Iommi was a very good friend, even by that time – and the pair of us watched Eddie Van Halen do his stuff, and we shook our heads and kind of went, ‘Whoa!’ [Chuckles]”

“And it was just glorious, almost too glorious to take in, to see this guy romping around a guitar like a kitten, you know, just running and taking it to places undreamed of. I love his playing – I always will.”

“Completely gutted to hear the sad news. This wonderful man was way too young to be taken. What a talent – what a legacy – probably the most original and dazzling rock guitarist in History.

“I think of him as a boy – an innocent prodigy – always full of joy, always modest – and those truly magical fingers opened a door to a new kind of playing. I treasure the moments we shared. His passing leaves a giant hole in my heart. RIP Ed Van Halen.”