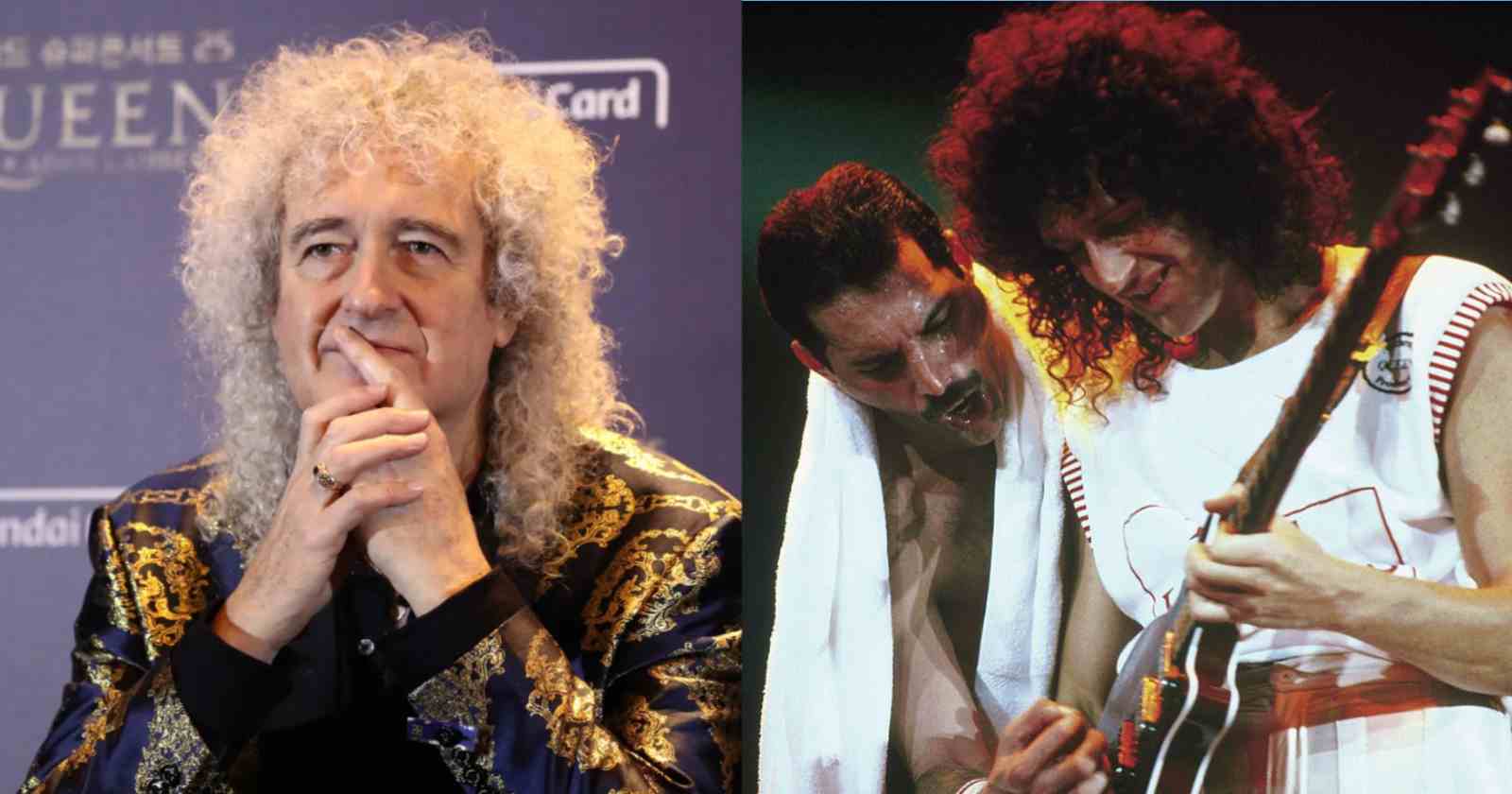 Queen guitarist Brian May recalled in an interview with the Brazilian magazine Veja how was the last time he saw the late legendary Freddie Mercury, who died at the age of 45, due to bronchial pneumonia resulting from AIDS.

Brian May recalls how was the last time he saw Freddie Mercury:

“He was confined to a bed. He was sad that he couldn’t get up and look out the window at the garden. We brought along a tape of Wayne’s World by Mike Myers. He watched the movie and smiled, we talked about various things and all of a sudden he said, ‘Brian, you don’t need to entertain me, you don’t need to talk to me. I’m so happy just that you’re here. We can enjoy this moment. Don’t feel like you have to do anything for me.’ This was very inspiring. Freddie knew he didn’t have a lot of time and was just happy to share the moments in a spiritual way. He was in peace.”

At some point the suffering with the AIDS complications depressed him?

“I never heard him complain. A few days later we got the call that Freddie had died. Even though we knew it would happen, we couldn’t believe it. And suddenly that was it. Me, John (Deacon) and Roger (Taylor) were together and we sat in a room and turned on the TV. It was just mind-blowing. Our world was suddenly destroyed. While we should have been prepared, the fact is, we weren’t.”

2021 marks 30 years since Freddie Mercury’s death. At that time, homosexuality in rock was still taboo. Did Queen help break prejudice?

“Certainly. The 1992 tribute show made a big difference to the gay community. We are keen to keep Freddie’s memory alive and since then we have contributed to institutions that fight AIDS around the world.”

Was the fact that Freddie Mercury was gay in a band with straight members ever a problem?

“We never worried about whether Freddie was gay or not. What mattered was the music, passion and friendship. That was what made the difference. I believe that every creature on Earth is worthy of respect. I see no reason to assume that humans are the most important species on the planet. If an alien came here, he wouldn’t think we did a good job. I will live and die for the idea that everyone, regardless of gender or race, is worthy of respect.”

He built his own electric guitar known as Red Special that made his sound unique. In addition, some of his compositions for Queen are “We Will Rock You”, “Tie Your Mother Down”, “The Show Must Go On”, “I Want It All”, “Who Wants to Live Forever” and “Hammer To Fall” .