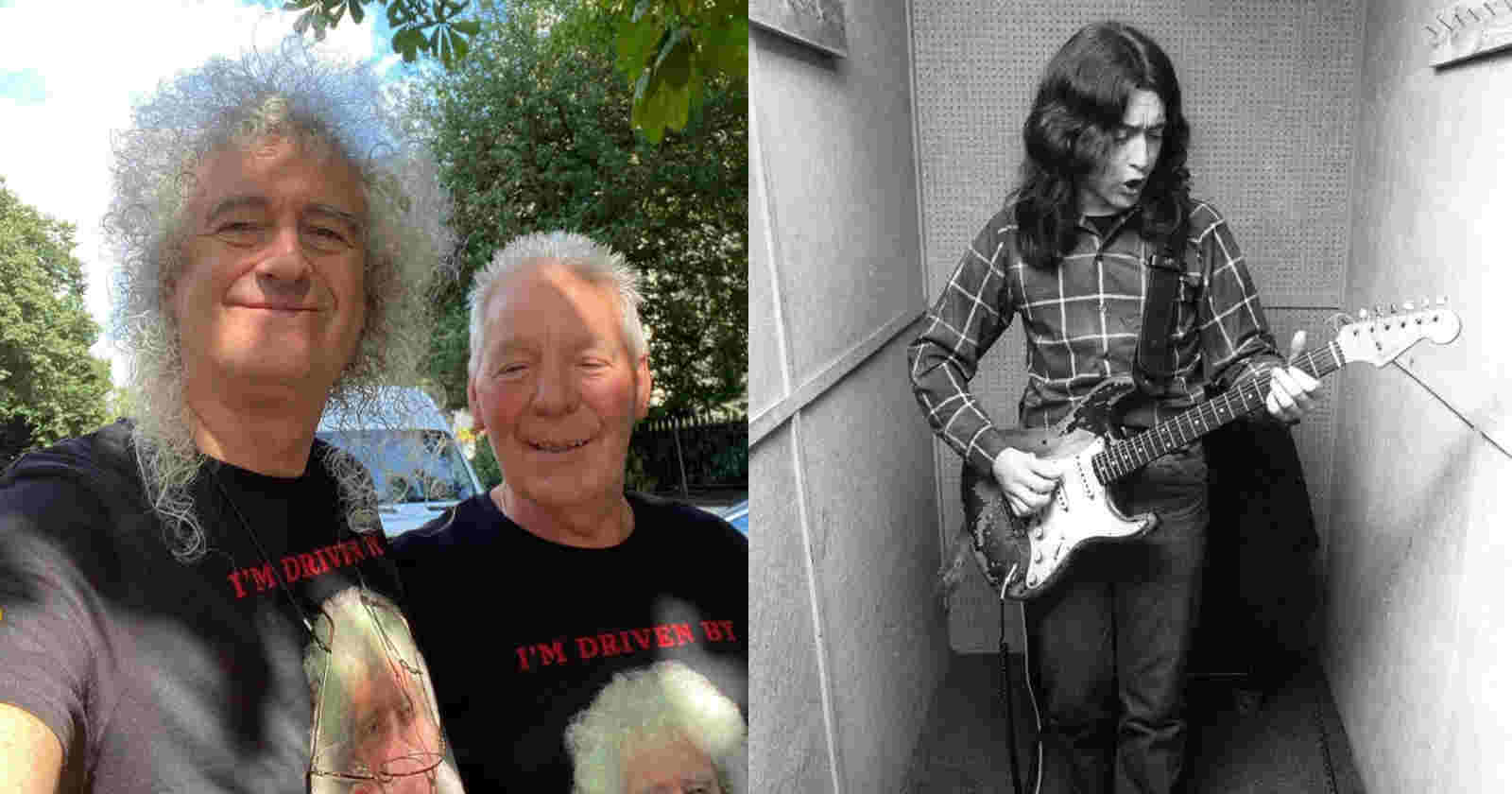 Queen guitarist Brian May recalled in an interview with BBC Radio how the late legendary Irish guitar Rory Gallagher helped him to find his guitar sound before he was famous. May said that he used to go see Gallagher’s shows many times.

Brian May explains how Rory Gallagher helped him to find his guitar sound:

“He’s a wonderful performer. I actually stowed away when they closed the Marquee one night, we hid in the toilets until everyone had been thrown out, and we came out, we talked to Rory. We said, ‘Can you tell us how you got that sound?’ And he was the sweetest guy, he was just the nicest guy.”

“So he said, ‘You know what is this beautiful little amplifier? This is the Vox AC30, nothing sounds like this, and my guitar, this is part of me. And in between, there’s this little box, this little Rangemaster treble booster, and that boosts the signal. So it drives this amplifier to the point where it really sings.’

“I thought, ‘That’s what I need.’ The day after, off we went down Water Street, and I bought two AC30s for 30 pounds each I think, which was a lot of money in those days. It was second-hand AC30s, and I found this little Rangemaster treble booster. To this day, that’s my sound, it’s the same thing. We’ve changed a few things around, but that’s my sound, and it does sing, it gives me my voice.”