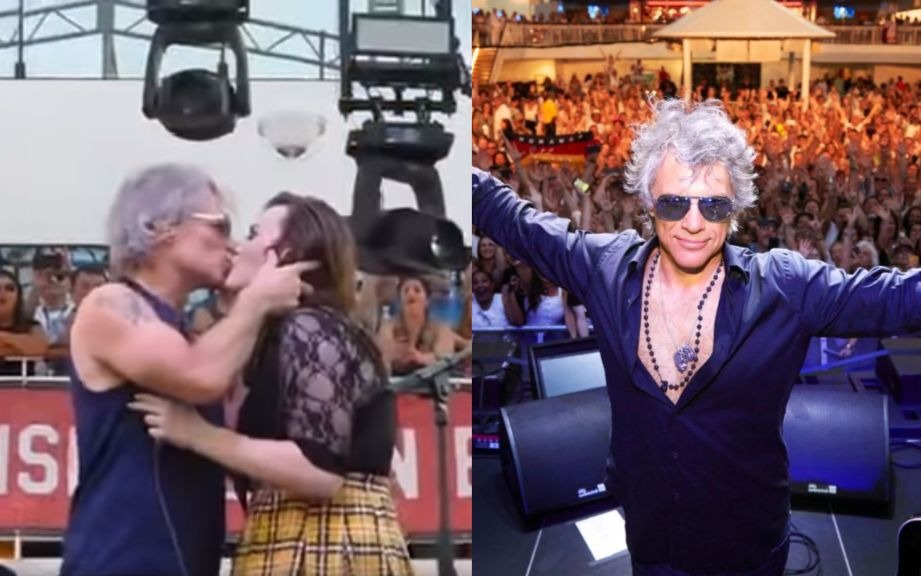 During a show on the Runaway to Paradise cruise, Jon Bon Jovi called one of his fans, Kaitlyn Maxwell, to take the stage and help him sing the song “It’s My Life.” However, the 22-year-old Australian was surprised when the rock star kissed her after the song ended.

“I have to take my hat off to Jon, he’s the sexiest person and he made me feel like I’m the best person in the world for six and a half minutes,” Maxwell told Today. “He made me feel very comfortable despite being Jon Bon Jovi.”

The fan was on the cruise with her sister and mother, April, who “stole a little taste” from Bon Jovi: “I kissed Kaitlyn very fast after she left the stage, so I got some of Jon’s DNA,” he joked.