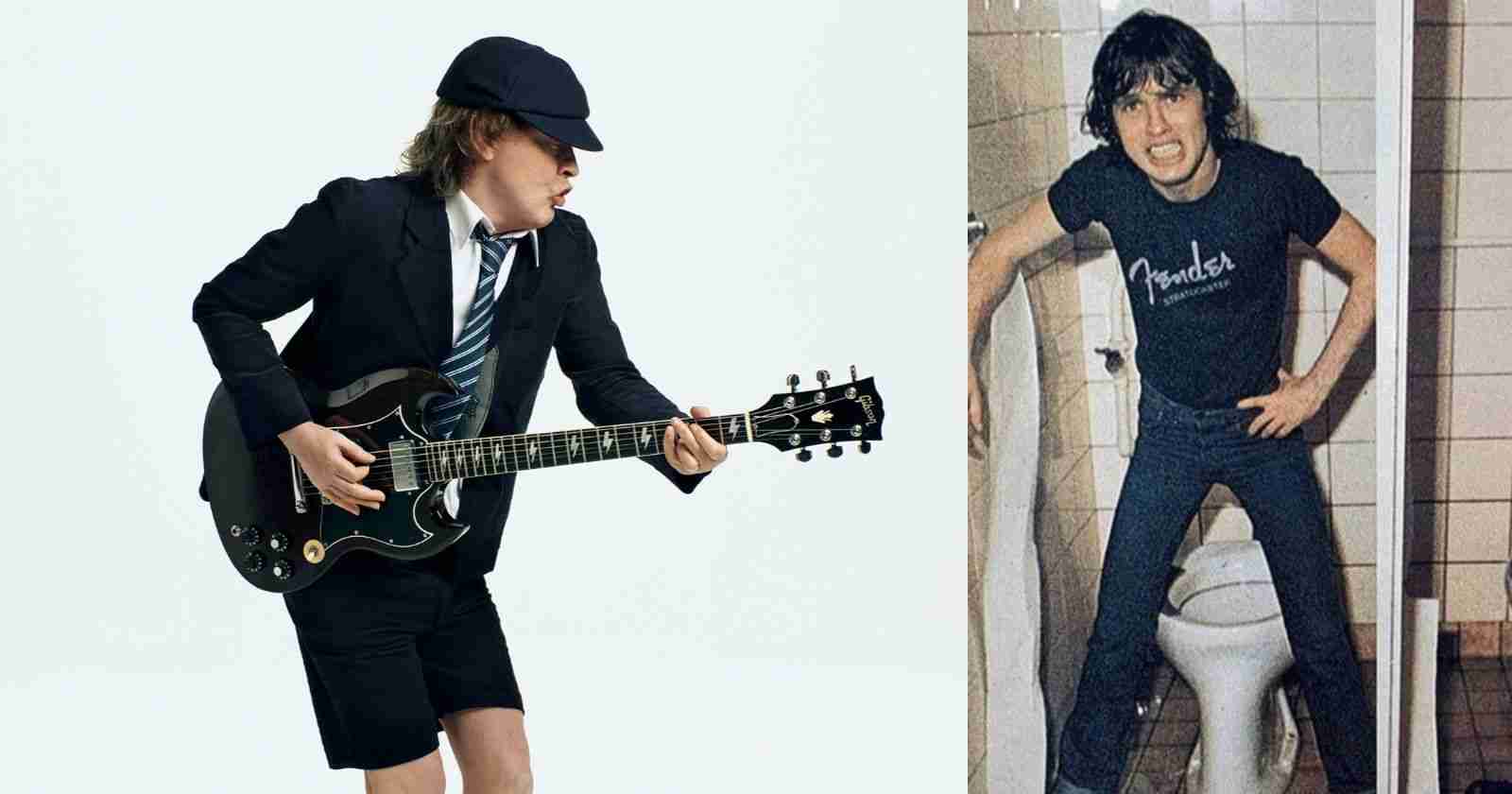 AC/DC guitarist Angus Young recalled in an interview with Zane Lowe that he had the idea for “Highway To Hell”, one of the band’s biggest hits, when he was using the bathroom. The musician said that he had the riff but the lyrics were difficult to appear.

Angus Young recalls he had the idea for “Highway To Hell” in the bathroom:

“We’d been in Miami, and we’d been in a rehearsal room and that’s what we were doing. We were putting together new tracks. And we’d been there a couple of weeks and we were going a bit slow. And then I had come in one day with [Malcolm Young, late AC/DC co-founder and guitarist] and just before we got in, I said, ​‘I’ve got a good idea in my head.”

“So I got in and he came in, and I started playing the beginning, the intro. And so I was doing the da-da-da, da-da-da. And then I said to Malcolm… I had this thing about the drums. And I said, ​‘I just want it to come in in the right spot.”

“And then I came in there and I said, ​‘I’ve got it. Highway to hell.’ And I was over the chords that we had tried out through a chorus. And he went, ​‘Yeah, that’ll work.’ And he said, ​‘If we spread it out a bit into full singing thing.’ So he came up with a spread of it, ‘(Singing) Highway to hell.’ ”