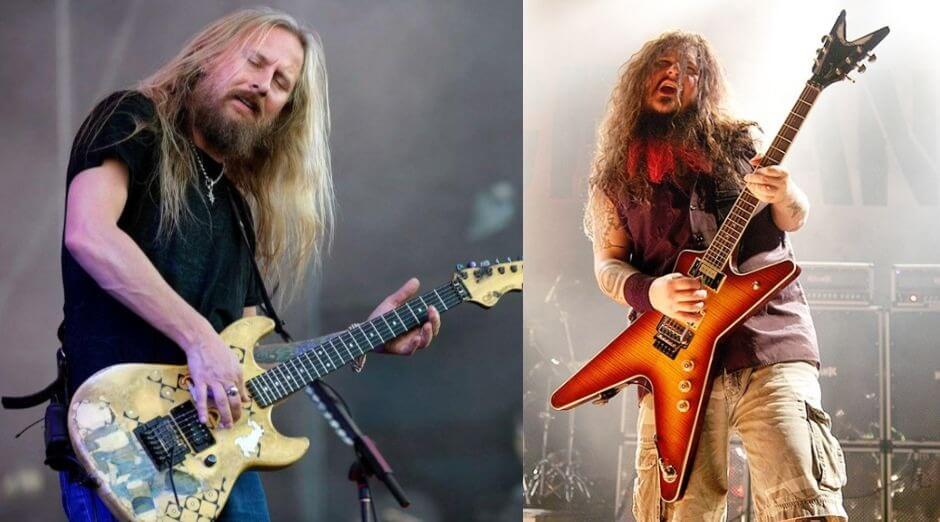 Alice in Chains‘ guitarist Jerry Cantrell recalled the first time he saw Pantera’s Dimebag Darrell playing. He talked about his late friend and about how talented he was in an interview with Gibson.

“There was a few rock clubs in Dallas we used to hang out at, but the one that we went to the most was the club called Matley’s Phase II, and we’d go out watch rock bands. And in Houston, there was a smaller club called Cardi’s and I loved that place because they had great acts coming through there.

“I saw so many great bands; I saw Yngwie Malmsteen with Talas opening up. God, it was fucking awesome. In a little club, you know? And I would just go there every night and just soak it up. I saw Pantera roll through there when they still had Terry [Glaze], before Phil [Anselmo] was in the band. I met Dime and Vinnie [Paul, drums] in ’85, at that club.

“I am a fan of anybody who is a master of their instrument. I’m a fan of people who are just in touch with it, who just have an innate thing that is just unlike anybody else. Dime is one of those guys. I hit it off with him and Vinnie right away and I remember after that show. Like, going up to him and introducing myself and asking him about his amps and his tone. Because it was just otherworldly.

“He was a huge Van Halen fan, and you could tell that by his playing but he was also into heavier shit too, and that’s why you got the kind of blend of what Dime was. But there’s really nobody like him.

“I remember, I was like 18, so we were the same age, we were born the same year [1966]. So he’s 18-19 years old when we met in that club in Houston and I was a fan, from that performance. But I started hearing about these guitar contests that he would enter every year in Texas. He was the best guitarist for the six years running or whatever, when it came to rock or whatever.

“It’s obvious, you know, he was a badass and I think early on, he just had talent and he had an otherworldly thing and he was just a great dude. He was a really good guy and one of my best friends in this life of pirate ship rock ‘n’ roll.