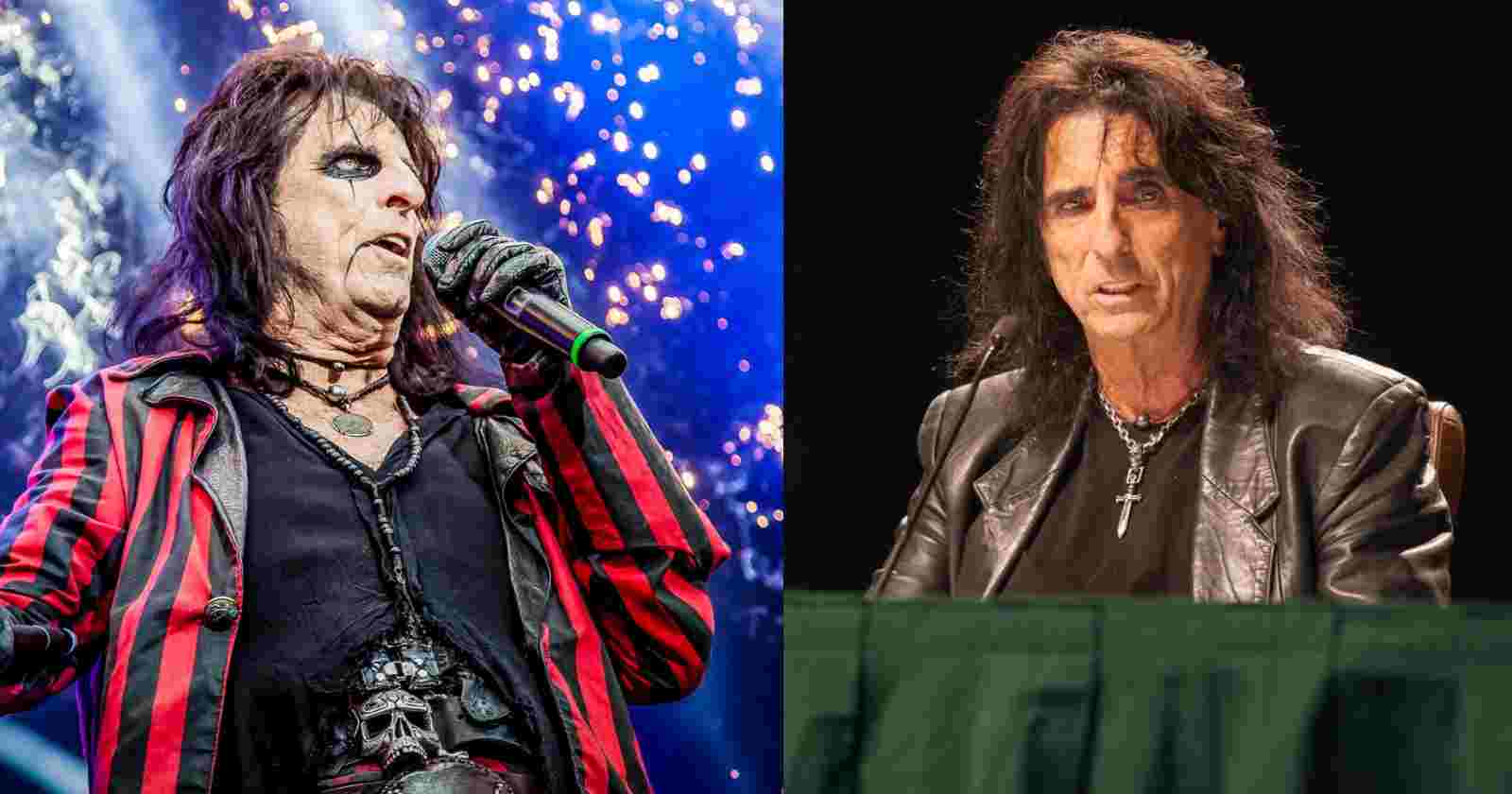 Alice Cooper talked in an interview with The Sun about his new album Detroit Stories, recalling his hometown, career beginning and the Alice Cooper persona. The musician said that the only person who calls him by his real name Vincent Furnier is Rolling Stones‘ Keith Richards.

Alice Cooper talks about his persona:

“The only person who calls me Vince is Keith Richards,” admits the American shock rock icon. He’ll say, ‘Vinnie, Vinnie, how long has it been since you had a drink?’ And I’ll reply, ‘More than 30 years’. And he goes, ‘Ah, begs the question, why???’ ”

“There was a long time when I couldn’t separate the two. When I was drinking and drugging, I didn’t know if I was supposed to leave the house with make-up on. I felt I was going to disappoint people if I walked out without a snake around my neck.”

“When I got sober, I went, ‘OK, I have to co-exist with this guy’. I mean, Alice is my favourite rock star but he stays on stage and I go back up to my normal life. That’s why I can speak about Alice in the third person. Somebody will bring in a costume and I’ll go, ‘No, Alice would never wear that!’”

“It’s actually a very organised schizophrenia. I don’t know what age Alice is. He could be 18, he could be 23, he could be 30. I’m in really good shape because I’ve never smoked and I quit drinking 38 years ago. I can do five shows a week whereas guys my age can generally do just two.”

“ (Mick Jagger) the prototype, the Energizer bunny who just goes on for ever. We all look up to Mick and we’ve all taken a little bit from him. I’ve never lost my love for rock and roll. I do it with real enthusiasm. I never mail it in.”

Talking about going to Los Angeles at the beginning of the band’s career, the musician said:

“Los Angeles was just a great big love-in and everybody was on LSD except us. We were the only ones drinking beer. The Doors ruled the roost along with bands like Buffalo Springfield and everybody was grooving. We were NOT like that.

“We didn’t mind a little violence — we were closer to Clockwork Orange than hippies and we scared a lot of people,” adds the provocateur who used to simulate his own beheading or electrocution on stage. The music itself was louder than anybody’s, really in your face, and we didn’t fit in — even if our best friends were The Doors.

“San Francisco didn’t like us either because they were grooving in a whole different way to the Grateful Dead and Jefferson Airplane. So Alice made a vow which involved “moving to the first place that gave us a standing ovation”.

“If the West Coast was very sophisticated, all glitzy and glam, Detroit was where they made cars and everybody worked at the factory. Very blue collar. I remember a happy childhood there, all about playing baseball and football, watching The Ed Sullivan Show on television and seeing Elvis Presley.”

“I never noticed racial problems. We played with the black kids, the Jewish kids and the Italians and there was never any talk of what race we all were. By the late Sixties, the city of Motown soul was exploding with a different kind of music — raw, visceral proto-punk.”

“I had never heard of Iggy And The Stooges or The MC5 or Bob Seger or Suzi Quatro — all local acts. Iggy was like a miniature Mick Jagger, a contortionist who wore very little on stage. Nobody was called punk at the time but Iggy was the original punk.”

About their first show in the city, he said:

“We got up on stage and did what we did. We were louder than the previous two bands and maybe more forceful. When they found out I was from Detroit, we became the long- lost sons. We felt comfortable there because all the bands were aggressive.”

“You had to bring it every night. You couldn’t just go up there and say, ‘Gee, I hope they like us tonight’. They’d just kill you if you did that. That audience wanted hard rock and they wanted their bands to have attitude, and that’s exactly what we had.”

“The MC5 and The Stooges were brothers to us. We were local bands trying to make it big and we were all surviving. We had our own houses and we partied the whole time. I think we were the first to actually have a hit, with I’m Eighteen, and that’s what took us out of Detroit, because we toured constantly after that.”

“We did lots of shows with Suzi opening for us,” remembers Alice. “Her original band included her sisters and was called The Pleasure Seekers. You’d have thought all these beautiful girls were nymphettes, but no, they were hard rock and Suzi was the catalyst.”

“And she’s never stopped hard rocking. I know Suzi really well and if anybody belongs in the Hall Of Fame, she does. She was pre-Joan Jett and she has never let down her hard rock guard. I still talk to Suzi all the time.”

“Bob did for us what George Martin did with The Beatles,” says Alice. He gave us an identity. He said, ‘When you hear The Doors, you know it is The Doors, same with the Rolling Stones, same with The Yardbirds’. When Love It To Death came out, people went, ‘Oh, Alice Cooper’.”