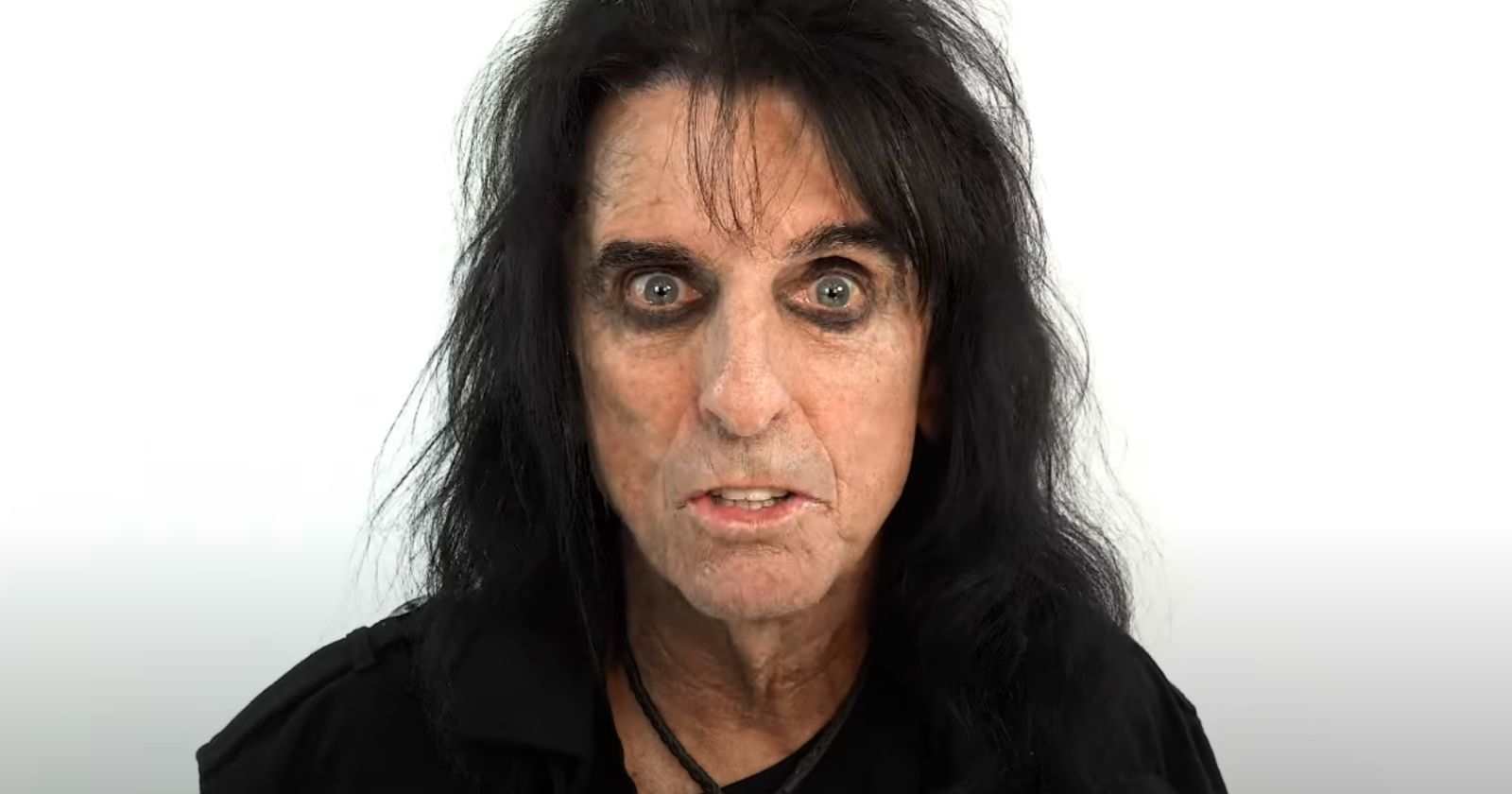 The shock-rock godfather Alice Cooper elected in an radio interview (Posted by Raised On Radio) his inheritance tracks and explains why he loves them so much and why they are so important to the next generations.

Alice Cooper elects his inheritance tracks and explains why he loves them:

The Yardbirds “Train Kept A’ Rollin”

“My inheritance track is ‘Train Kept A’ Rollin’ by The Yardbirds. It’s an old blues song redone by The Yardbirds. Tiny Bradshaw did this song earlier on, but this is ‘Train Kept A’ Rollin’ every band in the world has to know this song. The amazing this is, that with the British bands that came out: The Yardbirds, The Kinks, The Who, The Rolling Stones, The Beatles. They were all selling us (The Americans) back our own music. They were selling us back the Blues songs but we were 15, 16 year-old kids, we didn’t know anything about the Blues.”

“But we appreciated the way they attacked them. My parents loved music, in fact my mom and dad were jitterbug champions during the 40s, they had trophies. And my dad would play sax, he was also a pastor, he was minister. My grandfather was an evangelist and I grew up in a Christian home. But my dad loved The Beatles, loved the Stones, love the Yardbirds, all those bands. My dad would say ‘Yeah, those guys are cool’.”

“Of course he realized it was based in the Blues, he knew about the Blues way before I did. We were very impressed with British rock. For some reason, when that train starts rolling on the stage you can’t stop it, it just rocks.””

“I never got tired of the Pete Townshend power chord or the Jeff Beck lead or the Keith Moon drums. To me, that’s the most exciting sound in the world. We spent all of our time writing music and playing music in the studio and trying to get better like everybody else does. When we did ‘Schools Out’ I’ve said ‘If this isn’t a hit then I should be selling shoes somewhere’. I was so convinced on that. I didn’t understand the fact that it would went on the be an anthem that was gonna go on forever.”

“‘School’s out forever, School’s out completely’. A bit of a tribute song to the Yardbirds that song. Because there is a lot of underneath that the guitars are doing, the drums and everything, that are definitely a Yardbirds influence.”

Thunderclap Newman “Something In The Air”

“The track that I would like to pass one is sort of a one hit wonder, that is Thunderclap Newman ‘Something In the Air’. For some reason this has an ethereal kind of thing to it, it’s the chord structure and everything like that. It’s just one of those songs that will live on and on. Thunderclap Newman really didn’t made a lot of other songs. Which it was a little disappointing, I wanted to hear two or three more albums. But sometimes you just get that one song that is perfect.”

“Is one of those songs that just speaks to everybody. When you find an anthem, an anthem is a song that will speak to generations later on, like we sang in church. I grew up in the church and went as far away as I could and then came back because it was missing in my life. So I was missing that relationship with Jesus, you know. I quit drinking and smoking and doing all the stuffs that rockstars do 38 years ago and that’s why I’m still here (laughs).”

“Or would have gone the way of the 27 club, you know, all the guys that passed away 27. Those guys were all my friends, Jim Morrison, Jimi Hendrix, Janis Joplin, they were like my big brothers, so I’ve watched them all die at 27 and that turned a little yellow light in my head. My dad and mom they never tried to stop me as far as musically, in fact my dad said ‘Hey, I love the music, it’s the lifestyle something that I worry about, being a pastor. Sleeping around and taking drugs and things like that’.”

“And that’s what was normal in the 60’s and 70’s, I want trought all that. But, I did come out the other end without dying. Probably healthier at 73 then I was when I was 28. I’d like to pass this song (‘Something In The Air’) to the next 25.000 generations. I think every generation will relate to this song. Because there is always gonna be a political problem, but you know, ‘we’ve got to get together sooner or later, cause the revolution is here’.”