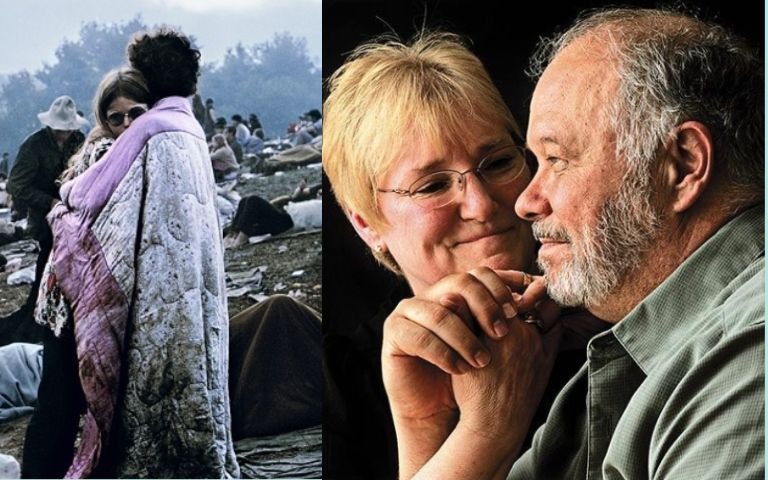 2019 is a huge year for Woodstock as the original edition of the historic festival celebrates its 50th anniversary. Among controversies and tributes, a very specific story of the event catches the eye – and warms the heart too!

In 1970, just under a year after the festival, Atlantic Records released a triple disc containing several live performances that went through the event. On the album are tracks by artists such as Joan Baez, Crosby, Stills & Nash, Santana, The Who, Joe Cocker, Jefferson Airplane, Jimi Hendrix and many others.

The cover of the work draws attention, as it displays a couple embraced and wrapped in a filthy blanket at the festival site. So here comes the cool part: do you believe these lovebirds are together today? Yeah!

Nick and Bobbi Ercoline were just young lovers when, on August 17, 1969, they decided to embark on Bethel’s New York adventure. According to Smithsonian Mag, the pair had no plans to attend the event, but hearing that half a million people would be there, eventually giving in to curiosity.

“We just thought we’d never see anything like that in our lives again. Never.”

And they were right. 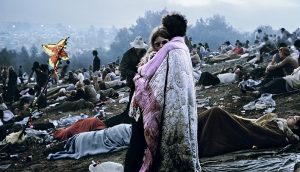 Photographer Burk Uzzle, then working for Life magazine, then enters the equation. According to Uzzle, the publication asked him to photograph only the shows, and not for the public to capture the public’s energy – which he declined. Having stopped at Woodstock anyway, the photographer ended up exactly where he wanted to be.

It was then that he spotted the couple:

Gracie Slick of Jefferson Airplane was singing, calling the dawn. And then magically this couple got up and hugged each other. They kissed, smiled at each other and the woman rested her head on the man’s shoulder. I just had time to take some black and white and some color photos, then the light went out and the mood was over.

Nick and Bobbi only found out that they ended up on the album cover through a friend of the couple – and it was proof that those were really both. Over the years, many couples have claimed to be in the picture, but the presence of such a friend in the full picture is the final proof.

The couple didn’t pay much attention to the photo until 1989, when Life magazine sought them out to celebrate the festival’s 20th anniversary. According to Nick, he thinks people must have been disappointed to learn that they weren’t “real hippies.” 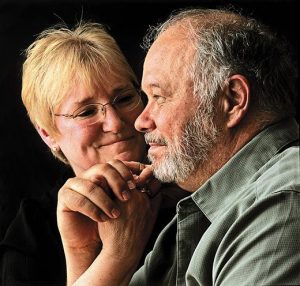 “Everyone knew that we were not revolutionaries with flowers on their heads and no clothes on their bodies. I was just a redneck girl. And he just a student with two jobs.”