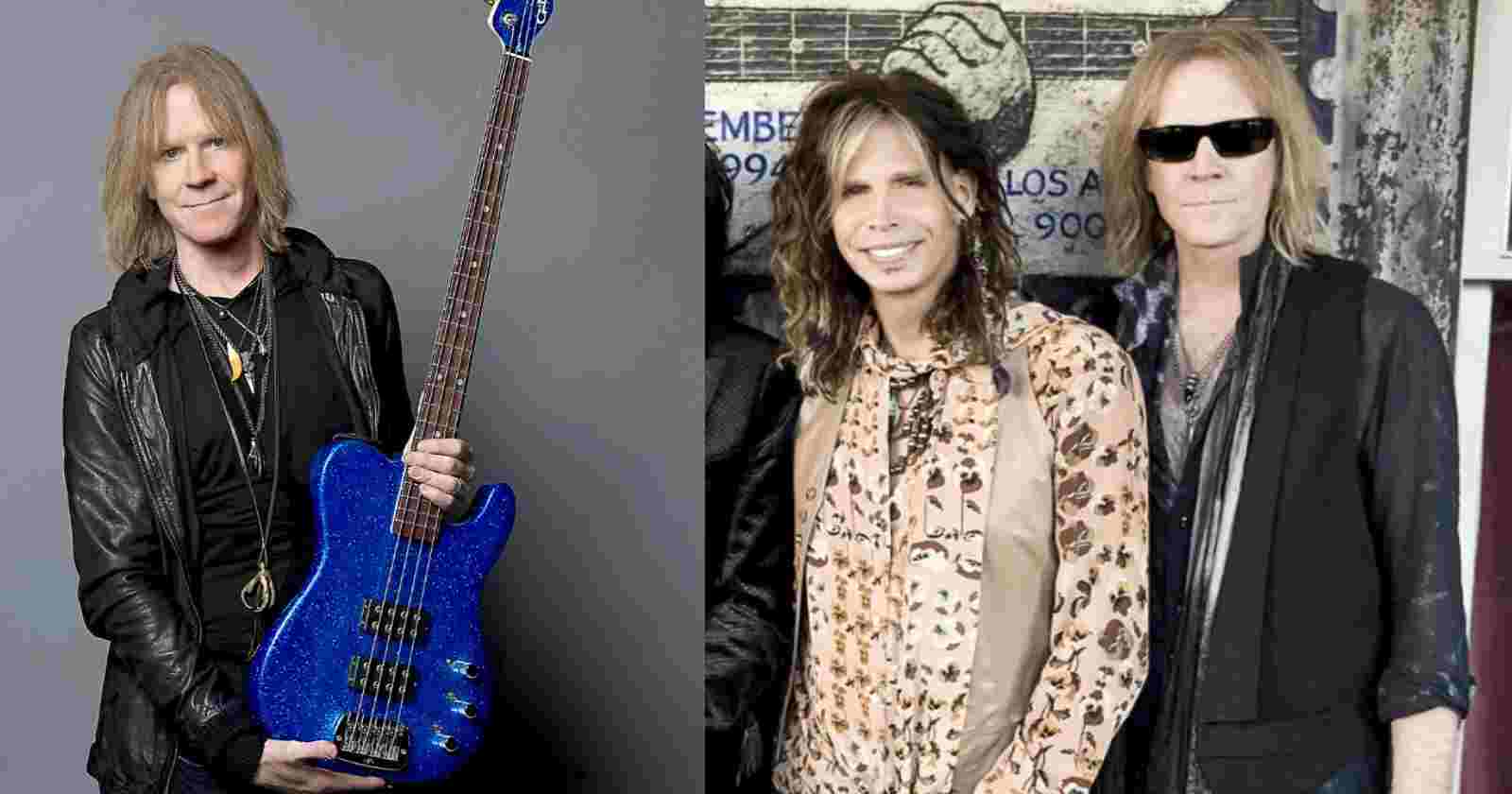 Aerosmith bassist Tom Hamilton revealed when answering questions made by fans on the band’s Youtube channel back in 2011 his 3 favorite bass players of all time. The musician also explained the reason why he likes them so much.

“I like Paul‘s playing because of the way it is part of the song. I can’t really be into bass playing and enjoy bass playing if it’s not part of a good song. It’s really hard for me to enjoy just listening to bass just for the sake of listening to bass. But his way of playing is actually very simple and basic, but just extremely tasty.”

“Entwistle, I love his sound, he’s got a really springy twanging sound and his role in The Who was actually to have some of his bass on the up frequency range beyond where the bass usually is in a typical situation and there was only guitar, bass and drums and a singer in that band. So in order to keep it full of harmony and rich texture the bass needed to include some of the higher frequencies to fill up those spaces and I think the way he played was just to have a gigantic amplifier and trying to turn up extremely but play very light but he was just amazing. I wish he was still around.

“Another one of my favorites is John Paul Jones because the way he can be very funky one minute and then in the next minute he can be playing a very ethereal fast hard-charging bassline, because of the way their songs go from sort of quiet folk to lightning from the gods brought”.

Thomas William Hamilton was born December 31, 1951 and is an American musician, best known as the bassist for Aerosmith. He has regularly co-written songs for Aerosmith, including two of the band’s biggest hits: “Sweet Emotion” (1975) and “Janie’s Got a Gun” (1989). Hamilton occasionally plays guitar (e.g. “Uncle Salty”, “Sick as a Dog”), sings backing vocals (e.g. “Love in an Elevator”) and on rare occasions, lead vocals (“Up On The Mountain”).

He first learned to play guitar from his brother, who received his first guitar when Tom was four years old. Hamilton first started playing guitar when his older brother Scott taught him his first chords at age 12. Tom switched to bass when he was 14 to join a local band because they had an open space at that position.