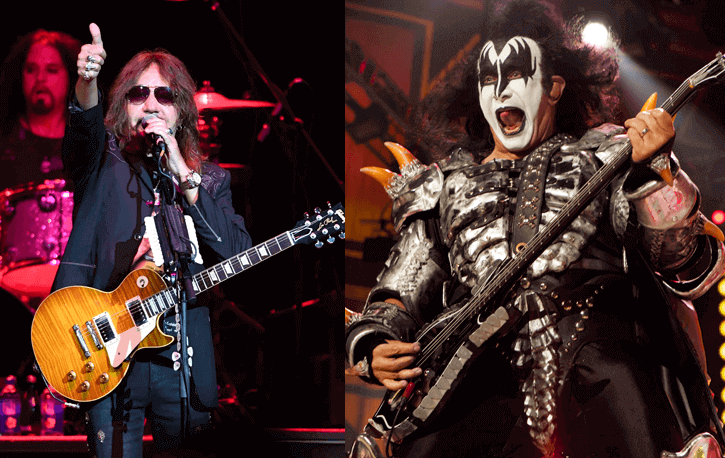 Guitarist Ace Frehley imposed a curious condition to be with Kiss on their farewell tour, “End Of The Road.” The musician said in an interview with the site VintageRock that he only comes onstage with the band if he can recover the makeup and fantasy of the character Spaceman, taken over by Tommy Thayer since 2002 after Frehley himself sold the rights to Paul Stanley and Gene Simmons.

In the words of Ace Frehley, the condition is: “take back my makeup, my fantasy and my character – which I designed.” He also said that Tommy Thayer “is not a bad guitarist, but he basically imitates everything I wrote and tries to imitate my persona. He has been doing it for 15 years, but the reality is that I am the original and no one can imitate the way I play guitar.”
Peter Criss.

Frehley was also asked if he would be on the tour even if the original drummer, Peter Criss, was not invited. “Obviously, at this point in his life, he could not do a two-hour show, but I can see that if we work on a situation where Peter appears at the end and plays three or four songs, singing ‘Beth’, ‘Black Diamond’ and a few others.

In a previous testimony during an event at the Hollywood’s Musicians Institute, Ace Frehley had revealed that he would like to attend Kiss’s farewell tour, but has not received any invitation so far. “I was not invited.I met up with the guys a few months ago and they talked about retirement.Who knows what’s going to happen.I read reviews on the internet and laugh at people planning settings for the Kiss tour and this is crazy, but, overwhelmingly, they want me back to the band, I think. That’s what I’m reading on the internet, “he said at the time.