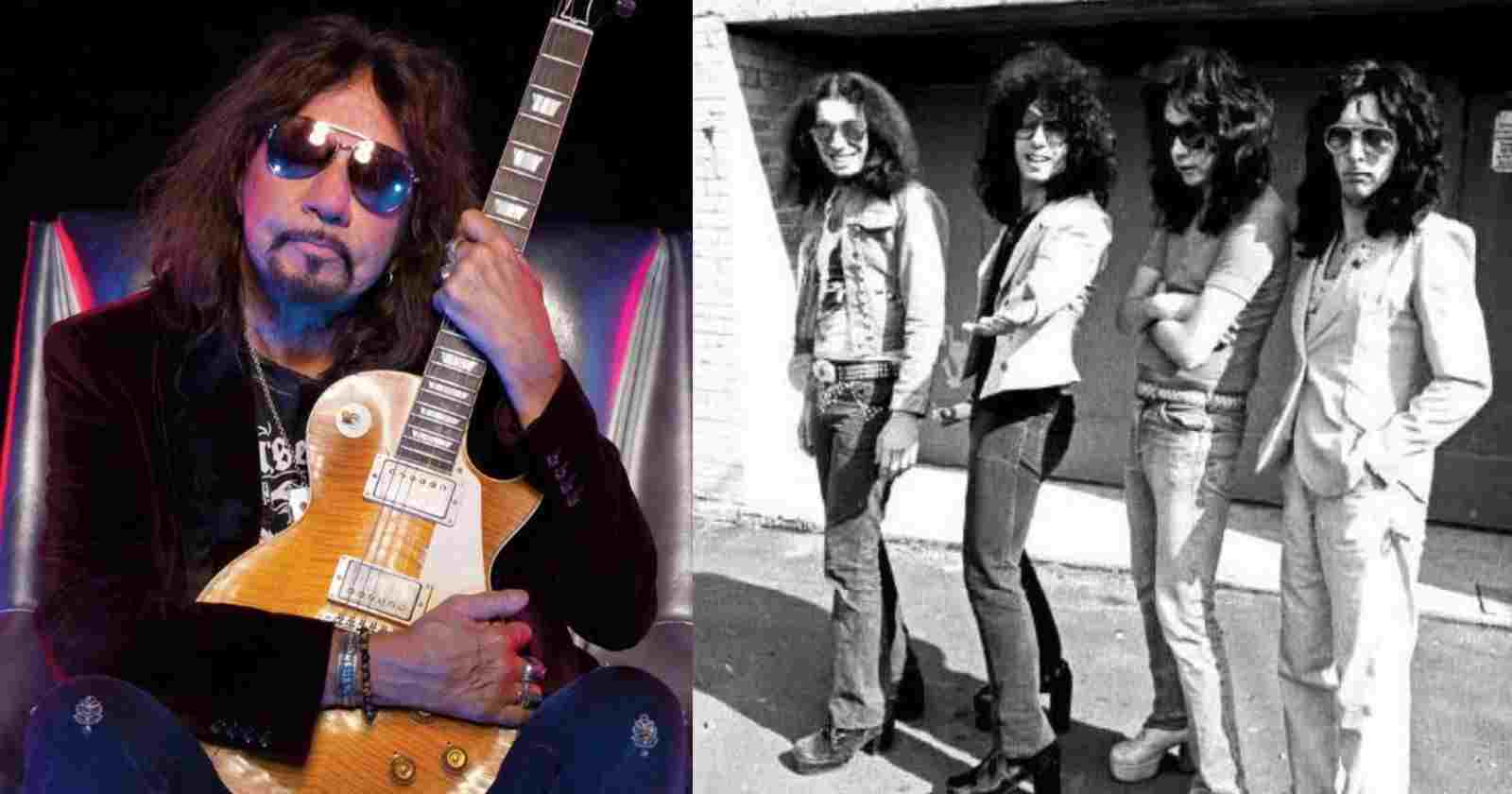 When Kiss started in the 70’s there were no cellphones or paparazzis working for gossip websites. So the band members managed to hide their identities for a long time before they were finally discovered. But it wasn’t easy as guitarist Ace Frehley recalled in an interview with The Disc Five.

Ace Frehley talks about how Kiss managed to hide their identity:

“For years, we tried to protect our identity. That was our gimmick when in the makeup nobody knew what we looked like without it. I can’t remember how many times [manager] Bill Aucoin told me we paid off a photographer who had photographed us without makeup to squash it.”

“And a lot of the magazines got pictures of us but wouldn’t print them because they were selling so many copies of magazines with KISS on the cover with makeup. They didn’t want to ruffle any feathers. The magazines kind of played along with us. I think the first time a magazine printed a picture of us without makeup was ‘Scream.'”

Ace Frehley also talked about the album “Hotter Than Hell” and how the band released so many albums in a short period:

“When you mention ‘Hotter Than Hell,’ the first thing that comes to mind is the cover because it was so revolutionary. We got one of the best photographers in California, Norman Seeff, to shoot the black-and-white photo session. And I got into a car accident the night before, and they only put makeup on half my face. Or maybe that was a photo session following the album cover…”

“But working with Norman was great. I believe he came up with the Japanese artwork idea around the black and white photo. I thought the cover was very distinctive looking and wasn’t reminiscent of anything I remember seeing.”

“So I thought that broke some new ground. The music when I think of ‘Hotter Than Hell,’ I don’t think it was probably as exciting as our first album because those songs we had been playing and recording and working on for years, and all of a sudden our record company goes, ‘You got to do another record!’ And we have to throw these songs together. The songs from ‘Hotter Than Hell’ probably aren’t quite up to par with some of the songs on the first record.”