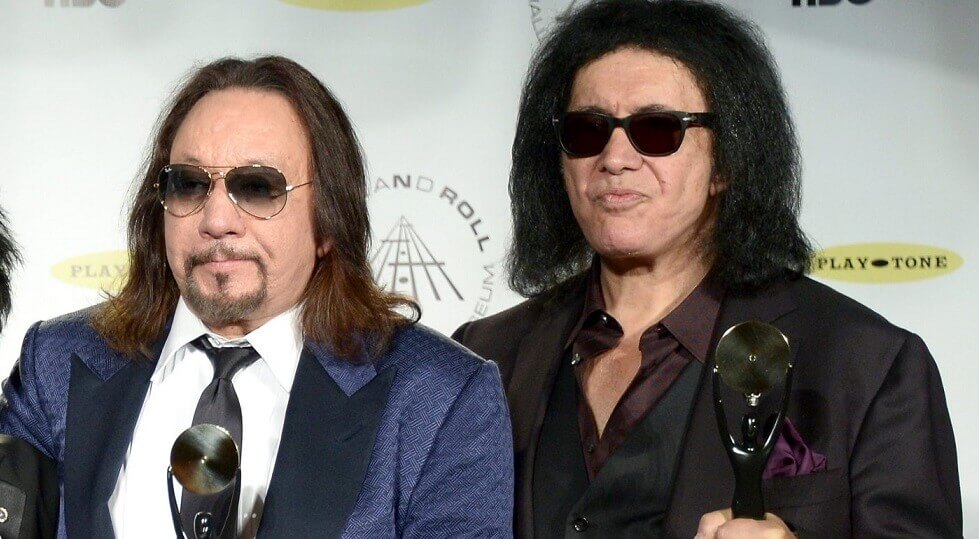 Ace Frehley, former Kiss guitarist, made a curious comment about Vinnie Vincent, his replacement in the band between 1982 and 1984, during a question and answer session held alongside Gene Simmons in Adelaide, Australia. Frehley and Simmons were in the country for a joint tour last week.

Shortly after Gene Simmons was asked about Vinnie Vincent attempting to register the “Vinnie Vincent’s Kiss” brand through the United States Patent and Trademark Office (USPTO), Ace Frehley made a joke about the rumors about a supposed sex change by Vincent.

“I didn’t know if Vinnie would show up in his pants or dress,” said Ace Frehley, citing Vinnie Vincent playing alongside Gene Simmons at an event in the United States – and teasing the audience. “I mean, there are all these crazy stories, I think that’s how it feels, nothing against,” added the guitarist, who revealed that he had never met his replacement personally.

Rumors about Vinnie Vincent’s alleged sex change began even before the guitarist resurfaced in public appearances earlier this year after being held for nearly two decades. The musician was asked recently if he is living as a woman in an interview with WESU radio.

“Not that I know. I do not know where they came from with these things. They all love mysticism, I think they love mysticism, because they do not know, so maybe I’ll say, ‘I’ll let you decide.’ But then everyone is still talking. ”

At the time, the musician continued to respond even more prolix. “I get confused all the time with something else, but what can I do? So when someone … you correct them and they say, ‘I do not understand.'” Then they say, ‘Well …’ I will not correct you. “So maybe that’s the way it is,” he said.