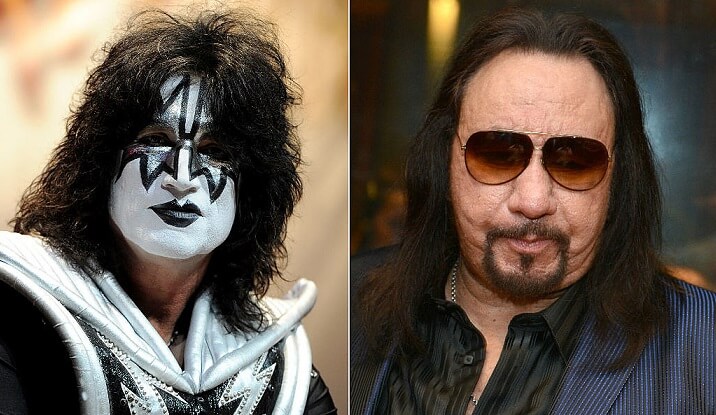 Guitarist Ace Frehley recalled in an interview with Ryan J. Downey that he punched Tommy Thayer, who would replace him in Kiss in 2002. On that occasion, the band toured their first farewell tour in 2001 – which ended becoming, in fact, just the farewell of Frehley and drummer Peter Criss of the group, who followed activities with Thayer and Eric Singer along with Paul Stanley and Gene Simmons.

Before replacing Ace Frehley, Tommy Thayer was the tour manager for Kiss. During the band’s meeting, Thayer was responsible for teaching Frehley the songs he had composed for Kiss two decades earlier. In addition, Tommy recorded the guitars for virtually the entire 1998 “Psycho Circus” album, instead of Ace.

The confusion between Frehley and Thayer was for a rather stupid reason.

“We have a rule: the only women allowed in the dressing room were the costumes, no girlfriends and etc.My girlfriend was with me and of course she was waiting outside.” When Shannon (Tweed, Gene Simmons’ wife) and Paul’s wife appeared on the tour, they went in. I left there, I would not create a case with that.”

“On the last day of the tour in Australia, everyone came out of the dressing room, so I called my girlfriend. Five minutes later, Tommy Thayer arrives saying, Ace, you know the rules, no women in the dressing room. “I said,” There’s no one here, it’s the end of the tour. “He started being authoritarian with me, so it happened,” he said, quoting the punch.