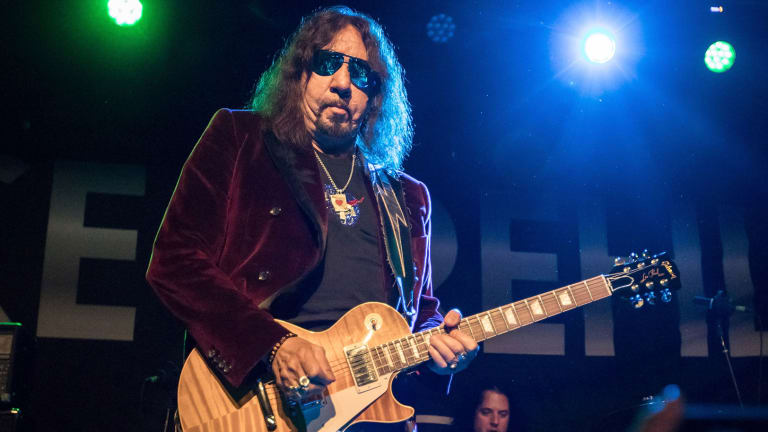 Fans have made a number of criticisms of guitarist Ace Frehley after some videos of the three concerts held on the Kiss Kruise cruise were made available on 31 October and 2 and 4 November. For many, Frehley’s performance was far below expectations, despite being accompanied by a good lineup of supporting musicians – composed mostly of members of the solo Gene Simmons band.

In his three shows, Ace Frehley presented repertoires of songs related to his passage through Kiss. Songs played by him on a solo career such as “Save Your Love,” “Torpedo Girl,” “Getaway,” “Dark Light,” and “Two Sides Of The Coin” marked the performance – many of them had never entered his solo setlists.

Despite the attempt, the videos point out that Ace Frehley could not sing and play at the same time or remember the lyrics of the songs. So many fans have asked Frehley to do more in rehearsals before taking the stage.

“I love Ace, but he needs to rehearse,” an Internet user said. “I love Ace, but after so long, he still can not sing in the microphone,” said another. “I would be very annoyed if I paid so dearly for that. Set up a teleprompter and a rehearsal studio,” said a third.

The videos of different performances of the song “Dark Light” were the most irritating in the comments. “Ace, you ended up with a golden opportunity.You’ve had months to get ready.Your new band cared to learn the songs, but you don’t.Unacceptable,” said one fan. “The problem with these Ace performances is Ace himself. His band is good,” said another. “I can only imagine what Matt Starr was thinking during the guitar solo being that he played with monsters like Paul Gilbert and Billy Sheehan,” said a third, mentioning Starr, drummer who also plays Mr. Big.

Here are some videos of the shows and the repertoire of the first two performances by Ace Frehley at Kiss Kruise: