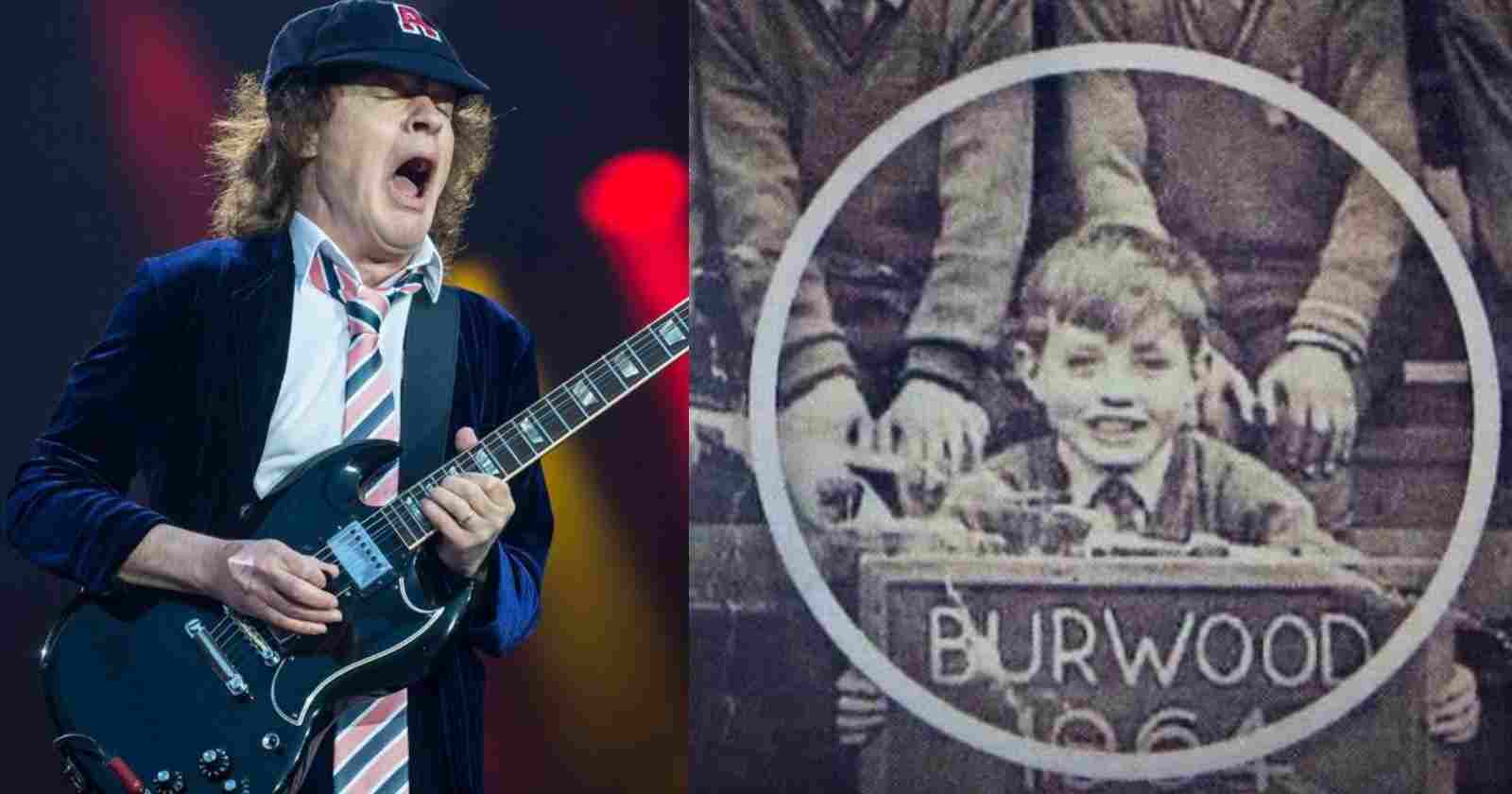 Legendary AC/DC guitarist Angus Young recalled how he learned to play the guitar when he was a kid. The musician revealed in an interview with Total Guitar that he Chuck Berry’s guitar sound made him fell in love with Rock music.

What first turned you on to rock ’n’ roll?

“The sound of Chuck Berry’s guitar. It’s everything rolled into one: it’s blues, it’s rock and roll, and it’s got that hard edge to it. To me, that’s pure rock ’n’ roll. It’s not clean – it’s nasty.”

Did playing guitar come easily to you?

“As a kid, I was never one for the tennis racket. I was more interested in getting my fingers round the guitar neck, because when I was little – I’m little now, but I was ‘little’ little – getting a hand around the neck was a big thing. That was the hardest part.”

What do you remember of those early days, when you were just a regular schoolboy like all the others?

“I didn’t go to school much. I was prize truant. When I went in it was like, ‘Welcome, Mr. Young! A year is a long holiday, you know?’ The first day I went to that school, we all went to assembly and the headmaster dragged all the boys who’d been caught smoking up on the stage in front of the whole school. Of course Malcolm was one of them.”

So, you were always a naughty boy then?

“I got into a lot of trouble when I was young. I wouldn’t say I was a budding bank-robber or anything, but I was a bit of a juvenile delinquent.”

Angus Young was born March 31, 1955 in Glasgow, Scotland. He is the leader and guitarist and composer of AC/DC. Despite being Scottish, he is naturalized Australian, having dual nationality. In 2003, he was introduced together with Malcolm Young, Brian Johnson and other members of AC/DC to the Rock and Roll Hall of Fame. He is known all over the world for his extremely energetic performance on stage during concerts, his traditional school uniform. Which ended up becoming the band’s symbol and for performing the popular ‘Duckwalk’, dance invented by the musical legend, Chuck Berry. He was considered the 24th best guitarist of all time by the American magazine Rolling Stone.