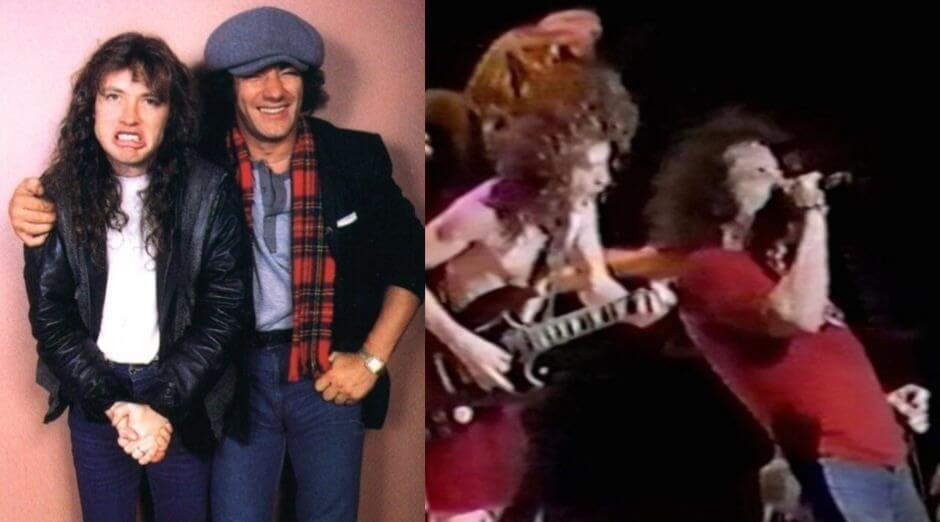 In July AC/DC celebrates the 40th anniversary of the multi-platinum album Back In Black. So the group made available the rare video of “What Do You Do For Money Honey” live in Nihon Seinenkan, Tokyo, in 1981.

Back in Black was released on July 25, 1980 in the United States and on July 31 in the United Kingdom. This is an emblematic work the band, because it represents the band’s first album without lead singer Bon Scott, who had died months before. In addition is the beginning of a very successful era with Brian Johnson as the vocalist.

The album was produced by the legendary Robert John “Mutt” Lange. It brings in his repertoire classic themes like “You Shook Me All Night Long”, “Hells Bells” and “Back In Black”.

Watch AC/DC performance of “What You Do For Money” in Tokyo in 1981:

“Yeah, I could say we were in the studio doing something,” he said. Then pointed out that he couldn’t give details about his work with the band. The interviewer left for another difficult question: “With Brian [Johnson] singing?”. But Fraser also ran away and just said, “I think so [laughs].”