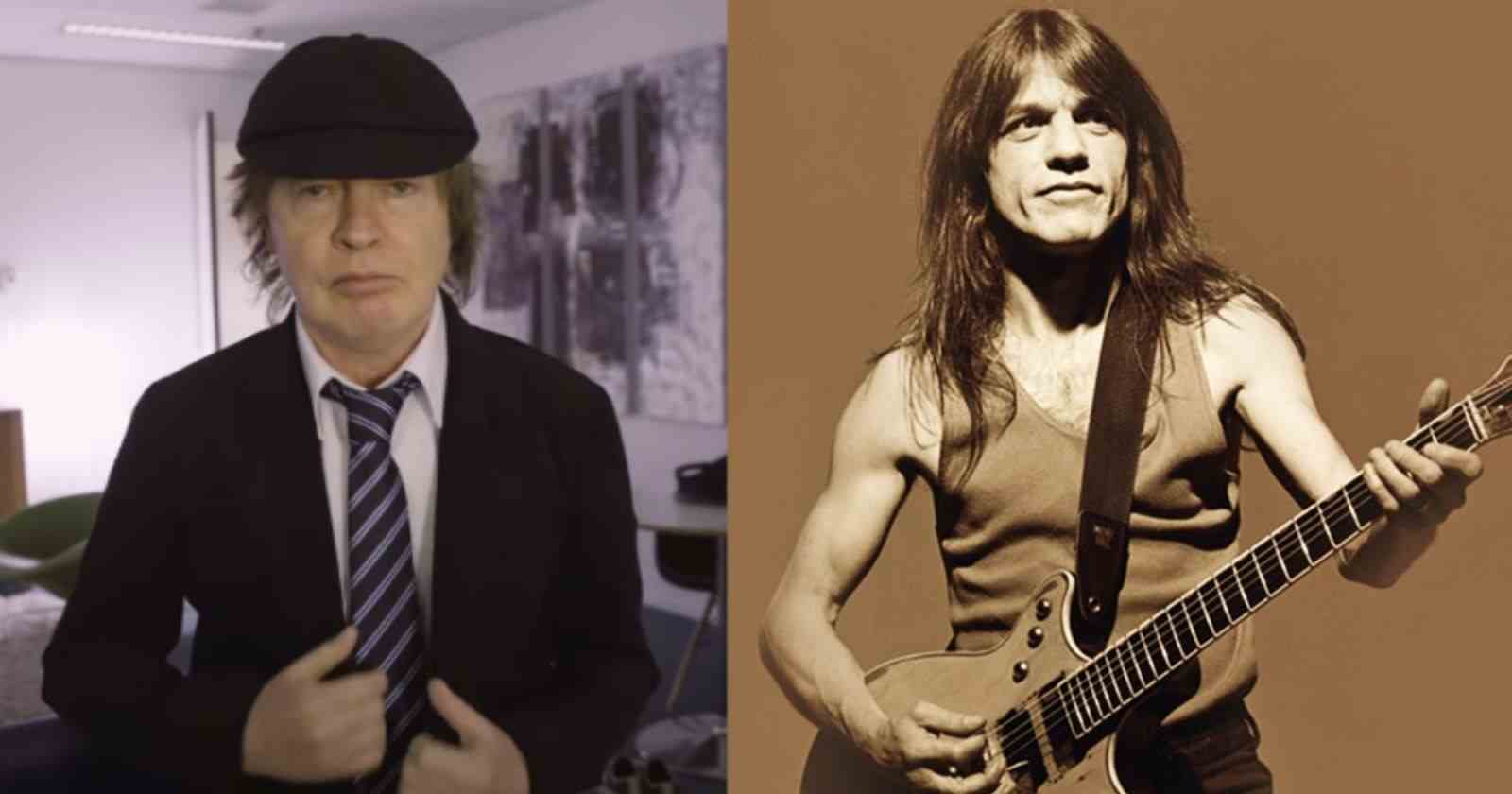 AC/DC confirmed that they will release a new album called “Power Up” and the first single “Shot In The Dark” will be available next October 7. Mike Fraser, the long time engineer of the band confirmed in an interview with AC/DCFans.Net podcast that the new work will have Malcolm Young riff ideas.

“At the end of the ‘Rock Or Bust’ tour, I figured that was kind of gonna be it — they were gonna hang up their hats. They had kind of done a tribute to Mal [late AC/DC rhythm guitarist Malcolm Young], but it ended up kind of funny. So I didn’t think they’d be back at it again. But Angus has got a lot of fire in his belly, and if he could possibly put it together again, he would have been the guy that did it. And he did.”

“I remember I got the call for this record, but no detail. I had no idea, walking in the first day of the studio, what was gonna happen — who the personnel of the band would be. As far as I knew, Brian had retired, Cliff had retired, and with Phil and some of his problems he’s had in his home country [of New Zealand], who knew if he was even gonna be allowed out of his country. So walking into the studio here in Vancouver the first day, I had no idea what was gonna happen.”

“When I got there, none of the band had arrived yet. But a lot of their techs were there getting things moved into the studio and set up. And one of the guys said, ‘Hey, you know what’s going on?’ And I said, ‘I have no idea. I just know we’re here and we’re setting up.’ And he goes, he says, ‘Well, the whole band’s here: Brian, Cliff, Phil and Stevie, and they’re here and we’re ready to rock another record.’ So, man, it was such a shocking, awesome surprise. It was great,” AC/DC engineer Mike Fraser said.

About songwriting and recording process for “Power Up, he said:

“I think Angus kind of came into this with a lot of ideas and riffs and not too many completed songs. But that was similar on ‘Rock Or Bust’. ‘Cause him and Malcolm had written tons of songs before Mal got sick and eventually passed away. So he’s got a whole treasure trove of ideas and riffs and all that. So he’s probably spent a few years before we came in to do this record pooling ideas together and all that. Then when he came into the studio here, he just sat down with a whole suitcase full of little demo things he had done.”

“And him and Brendan O’Brien, who produced the record, would sift through all the ideas and say, ‘Hey, that’s great. That’s a really good song. Let’s put that riff here.’ It’s just mostly all these great riffs and ideas Ang had. He had, I don’t remember exactly. Maybe three or four songs sort of completed that they maybe adjusted, added a chorus here or something like that.

“But yeah, it was just basically from a stockpile of all these riffs and stuff that Angus and Mal had put together over the years. So they had to sort piece the songs together before we’d record them. They’d probably spend a day or so doing that, and we’d come in, blast off the song.”

“And like these guys work, it’s pretty much live in the studio. What you hear is what they did, what you get. They fire up pretty quick. They all work really good together, ’cause they’ve worked together for so long; they’re a unit. They try and get as much energy into the song as they can live in the studio, ’cause that’s what they are — they are just so great live. So, yeah, it was [pretty] much the same as ‘Rock Or Bust’.”

About the sound of the record, Mike Fraser said:

“We never really discussed the sound, because they just have an iconic sound. So each record we just kind of try and do the same thing. Every record I’ve done with them, it’s always been the same amplifiers — Marshalls… It just depends on what comes out. And sometimes a certain key or turning of the guitar will sound a certain way. We don’t try and overthink things. You’ve just gotta get thing ready, sounding as great as you can for when they come in and play.”

“They don’t sit there and play it for hours while you’re tweaking the sounds. You’ve gotta be ready to go, ’cause once they start playing, they can’t help but kind of just kick in. So you wanna get that on tape… As an engineer recording it, I’ve gotta be ready for whenever they go, ‘Step up there in the studio and just push ‘Go’.’ So we don’t really put too much thought and planning into the sound, because they have a sound. It’s just a matter of capturing it,” AC/DC engineer Mike Fraser said.

About the time the band took to record the new album, he said:

“I think it was maybe six weeks [laying down all the instruments and vocals], and then we went down to L.A. for two or three weeks and mixed it. And then I think Angus and Brendan reconvened in L.A. to go through a couple of different edits in the songs. And I think Brendan might have remixed a couple of the songs. So eight weeks total, maybe.”

He also revealed why it took more than two years for the album to be finally release, he said:

“I know on past records, there’s been a bit of a wait before the release. I guess as they set up the world tours and figure out where all those marbles are gonna lie. But I think on this record, especially, the COVID had put such a spin on things… AC/DC aren’t the kind of band that they just release the record and then just have it stream, and then we’ll go play live when we can. They want that all to sort of line up.”

“That’s what they’ve always done — release a record and jump on the road. So I think there was a lot of ‘Wait. Let’s what happens with this thing.’ And, obviously, part of the the problem with these guys, ’cause [the whole project was] so secret, I’m sure having a record done and in the can, there’s a possibility somebody is gonna get ahold of it and leak it. So you can’t sit on it for too long, ’cause somebody’s gonna leak it out. So I guess you’ve gotta juggle that,” AC/DC engineer Mike Fraser said.

James Hetfield about the challenges of returning to Metallica after rehab
Glenn Hughes reveals his favorite songs, bassist and more
To Top