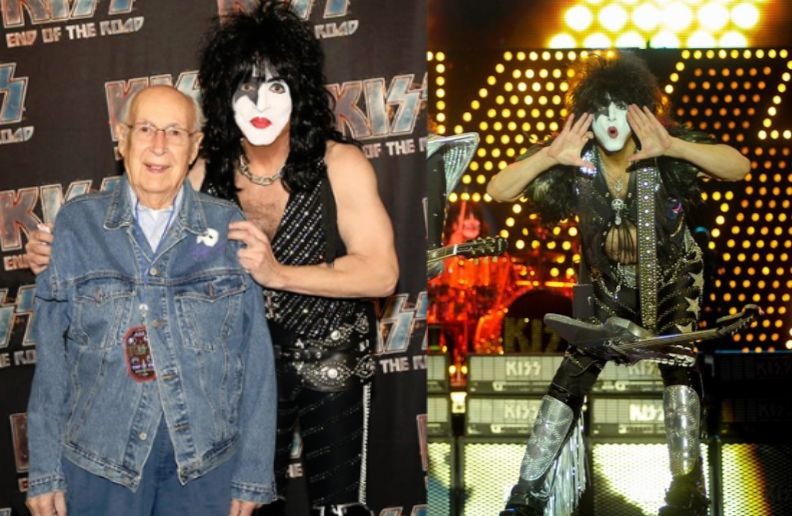 Paul Stanley father was at a concert of KISS last Saturday (16) in Los Angeles, United States. William Eisen is 98 years old and his son, Paul, is 67.

“MY DAD! The Oldest And Coolest Man Ever At A KISS Concert. At @theforum Saturday Night. He’ll be NINETY NINE In April!”, said Paul Stanley, sharing an image with his father.

MY DAD! The Oldest And Coolest Man Ever At A KISS Concert. At @theforum Saturday Night. He'll be NINETY NINE In April! pic.twitter.com/hsiqsr6xvB

Paul Stanley was born in New York, United States, on January 20, 1952. He is the son of William and Eve Eisen. The artist’s mother died in 2012, at age 88, but his father, who has a family of immigrants from Russia, Hungary and Poland, is still alive and well.

KISS kicked off their much-talked-about farewell tour in january 31 in Vancouver, Canada.

With 20 songs, lots of pyrotechnics, makeup and platform jumps the band plays their biggest hits as “Detroit Rock City,” “Lick It Up,” “I Was Made for Lovin You” , “Rock and Roll All Nite,” and others.

The band has gone through several lineup changes, with Stanley and Simmons the only remaining original members. The original and best-known lineup consisted of Stanley (vocals and rhythm guitar), Simmons (vocals and bass), Frehley (lead guitar and vocals), and Criss (drums and vocals).