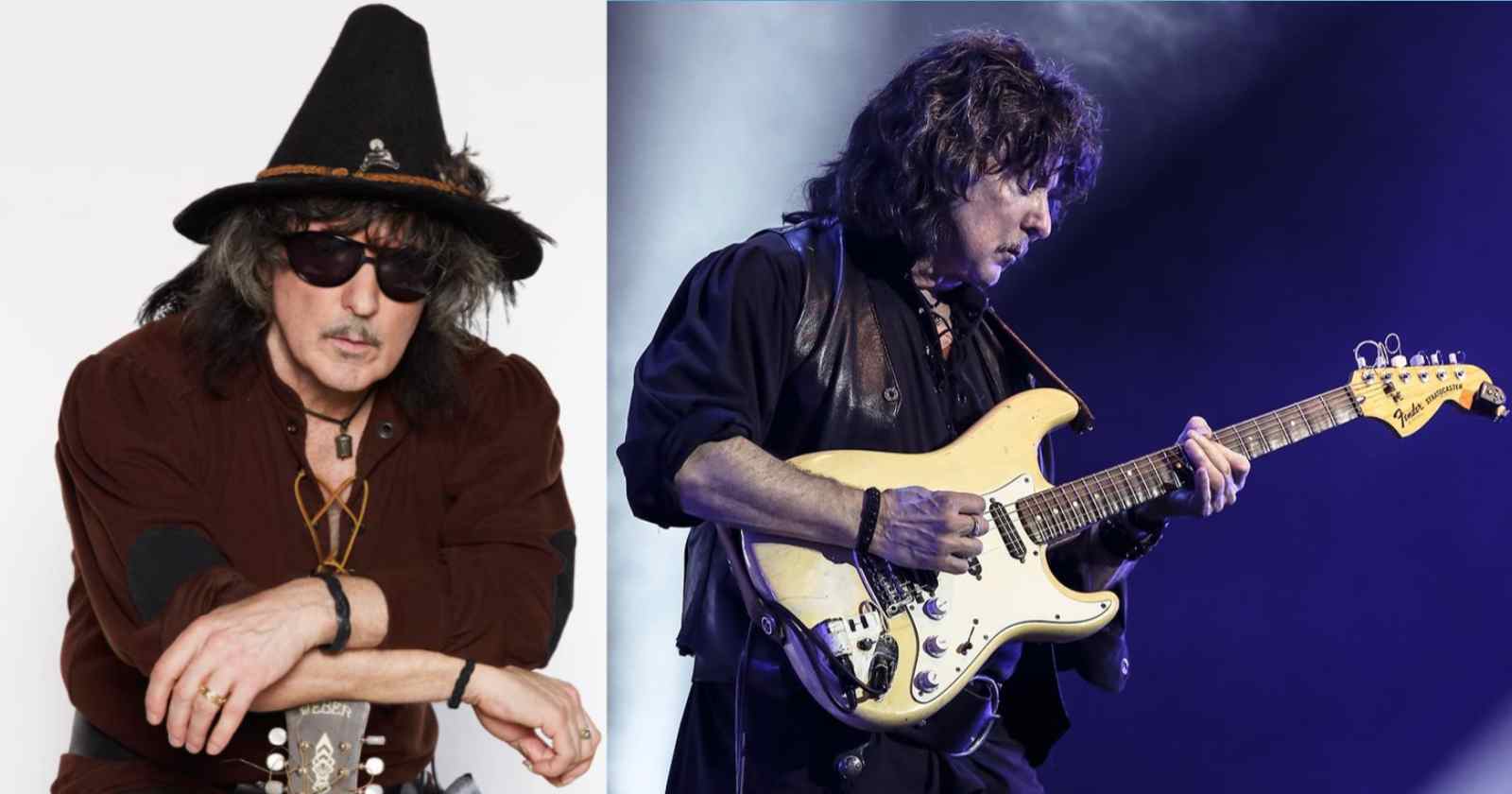 Guitarist Ritchie Blackmore made history in Rock and Roll music playing in Deep Purple and Rainbow, becoming an inspiration for many guitarists worldwide. Before social media and Youtube, the musician used to answer fans questions on recording conversations posted on his website. In 1996 he listed in those conversations (Transcribed by Rock and Roll Garage) the 5 guitarists that were some of his favorites.

The 5 guitarists that Ritchie Blackmore listed as some of his favorites:

“Jeff Beck is very good. Gordon Giltrap, Adrian Legg are brilliant. Eric Johnson is very good, I love that instrumental he did, which reminds me, it’s interesting because I don’t if Eric was consciously aware of it. But it’s very similar to something that Les Paul did back in 1956 called ‘Little Rock Getaway’. For you guitar fans, if you buy that Les Paul & Mary Ford, you might hear a resemblance between Eric’s big hit and ‘Little Rock Getaway’. Not putting down Eric because he is a very good player.”

“Guitar players… I’ve like to see more of Shuggie Otis, I’ve seen him playing. There so many guitar players that are good. It’s annoying.”

In an interview for his documentary Richie Blackmore Story (2015), the guitarist who was born and raised near the place Jeff Beck also lived recalled when he was working as a session musician and played with Jeff Beck and Jimmy Page (Transcribed by Rock and Roll Garage): “Then 64 or 65, I met up with him, we did a couple of sessions actually with him. One was with Jeff Beck, Jeff took the solo and everybody was raving about the solo. That was a really good solo.”

In an interview with Eclipsed magazine in 2018, Ritchie Blackmore also talked about Beck, saying: “The Yardbirds with Jeff Beck were a challenge for a guitarist, but when Jimi Hendrix came, everything else next to him seemed gray and muffled for a moment.”

In another Q&A session with fans back in 1996 (Transcribed by Rock and Roll Garage), Ritchie Blackmore talked about guitarist Eric Johnson, known for the instrumental hit “Cliffs Of Dover”: “I had the chance (To hear his music). It’s a fantastic, smooth player, excellent. I think he will outlast all the other guitar players around us at the moment. He has a natural flarir to entertain and play. He is not just a very fast player. But he plays with great taste, amazing.”

As reported by Gordon Giltrap himself, Ritchie Blackmore sent him a testimonial to be posted on his official site, where it said: “Anyone who asks me knows that I think that Gordon Giltrap is one of the best acoustic guitarists in the world. He was always way ahead of his time.”

“He certainly gave me lots of hints into what strings I should use. Pre amps, one of which bears his name I use a lot. And how to approach the acoustic guitar as opposed to the electric guitar.”

“I bought all of Gordon’s recordings so that I would have some sort of guide of how to play the acoustic guitar. I especially recommend some of the BBC recordings that he did for anyone who wants to hear the master on the acoustic guitar. His concerts and playing are breathtaking. He’s also very witty. And I love the fact that he has not cut his hair.”

Born in Brenchley, Kent, England back in 1948, Gordon Giltrap has been described as “one of the most revered guitarists of his generation” and also was praised by Jimmy Page and Steve Rothery.

Born in London, England back in 1948, Adrian Legg is described as a guitar player that is “impossible to categorize”, since he plays custom guitars that are hybrid, mixing acoustic and electric and is recalled for his fingerstyle picking technique.

In an interview with Fuzz’s Paul Guy back in 1998, Ritchie Blackmore was asked if he liked any Blues players and he answered: “Yeah. I used to like Shuggie Otis. He was the first one who came along for me who struck me as having – he didn’t just play the usual notes that those guys play, he played a bit more. It was very tasteful.”

He also praised the guitarist in an interview with Vintage Guitar magazine, saying: “One of my main inspirations in blues was Shuggie Otis, the son of (R&B artist and impresario) Johnny Otis. I thought he was great, and he was only 15 years old at the time.”

Born in Los Angeles, California back in 1953, Shuggie Otis is remembered especially for the track “Strawberry Letter 23” that tooped the Billboard R&B chart and reached number 5 of the Billboard Hot 100 chart in 1977.