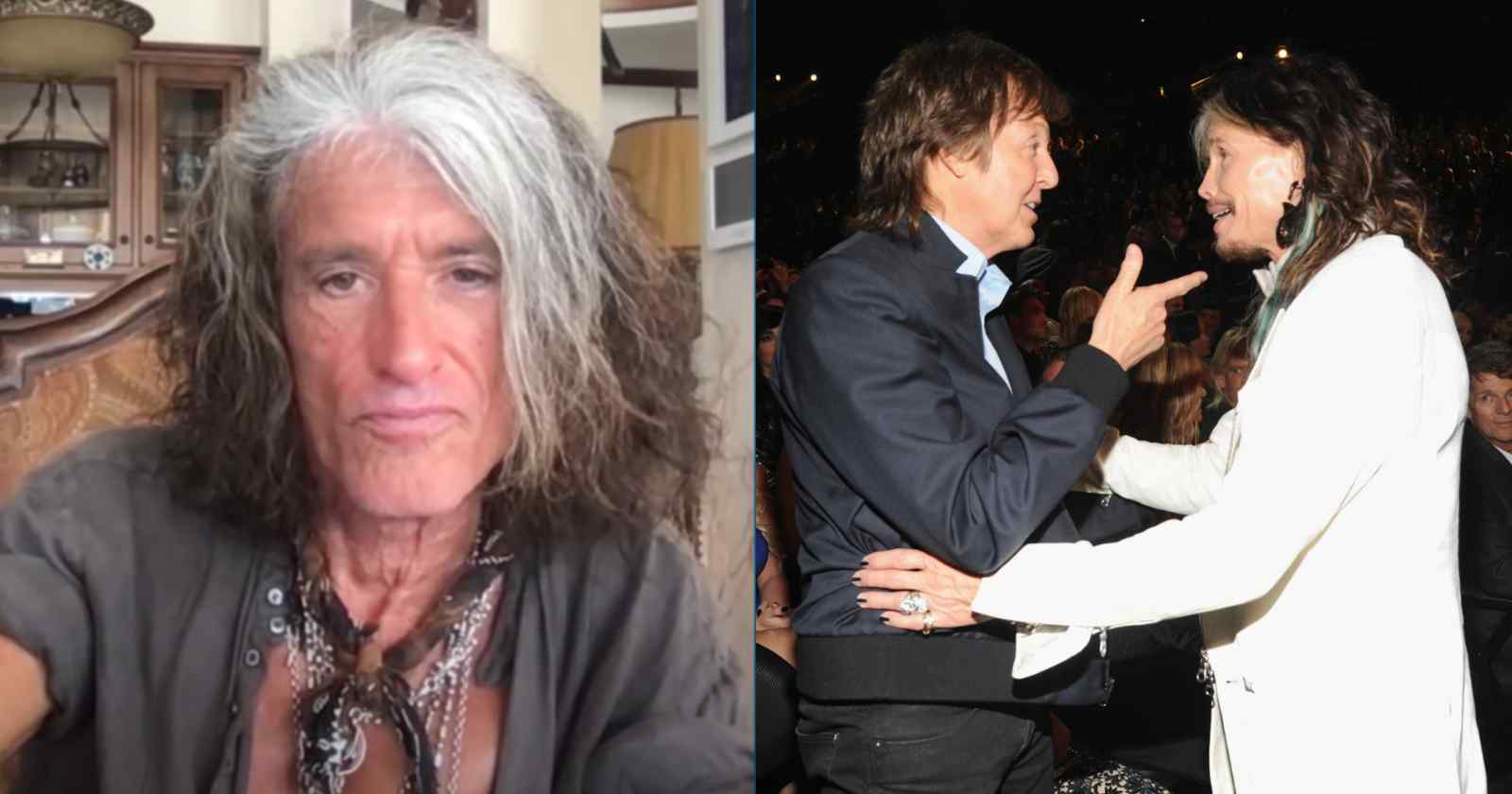 The famous ‘British Invasion’ that happened in the 60s with bands like The Beatles, The Who and The Rolling Stones conquering the music business worlwide, especially the United States market was a direct impact in many American musicians that some decades later became also famous rock stars. One of them was Aerosmith guitarist Joe Perry that never denied his love for British bands and their influence in his music.

In an interview with Music Radar back in 2004, Joe Perry named some of his favorite British groups and explained why they were so important to him when growin up.

“Well, Peter Green is one of my all-time favourite guitarists. I went to see Fleetwood Mac a lot live when they played in Boston and I even knew Green Manalishi, Oh Well, all those songs, before their release. They were a great band and that’s where I got a lot of my blues education.”

Originally released as single by Fleetwood Mac back in 1969, the classic song “Oh Well” was covered by Aerosmith on their 2004 album “Honkin’ on Bobo”, which had only covers of Blues songs. In the last years the song and another Fleetwood Mac classic “Stop Messin’ Around” were included in the setlist of the American group shows.

In an interview with The Las Vegas Review Journal back in 2015, Joe Perry said that Aerosmith would be the same if it wasn’t for Peter Green: “I wouldn’t be doing what I’m doing if I hadn’t had the influence of (Green) and his playing and the way that band worked. That had a big influence on what I envisioned Aerosmith should be.”

Steven Tyler sang on Peter Green’s tribute show organized by Mick Fleetwood in 2020 before the pandemic.

“The Beatles just changed everything right across the aboard. They just had that right combination of clean-cut good looks, a cute band. But under that they had a real rock ‘n’ roll thing going on. They did a few of these songs we’re doing now. But had plenty decent ones of their own (laughs).”

Aerosmith recorded one of the most successful versions of The Beatles classic. Their version was made for the 1978 film Sgt. Pepper’s Lonely Hearts Club Band and released as a single. It was was an immediate success, reaching number 23 on the Billboard Hot 100. Still is a song played live by the group.

Steven Tyler honored Paul McCartney at the 2010 Kennedy Center Honors performing classics of The Beatles “Abbey Road” record and In 2019 he was invited by McCartney to sing the classic “Helter Skelter” in Las Vegas.

“And The Stones were real cool. There was a show here called Shindig and the Stones wouldn’t go on that show unless Howlin’ Wolf was on. So the Stones played a big part in exposing the blues in the States, they did an amazing thing for those cats.”

“When they came here they didn’t give a shit about meeting Ed Sullivan, they wanted to meet Muddy Waters! They were smart enough to make sure the money and popularity and screaming girls came (laughs). But, really, they started the whole resurgence of the blues in the sixties. They kicked down the doors for bands like Fleetwood Mac and Them and The Yardbirds, who also helped reinterpret this American music.”

In an interview with Rolling Stone back in 2016, Joe Perry revealed his 5 favorite songs of all time to listen when he get’s up in the morning and one of them is The Rolling Stones “Honky Tonk Women”.

He explained his choice, saying: “This has all the elements of what makes the Stones the Stones. It’s a simple song. But those are the hardest ones to write.” Aerosmith already covered the song live.