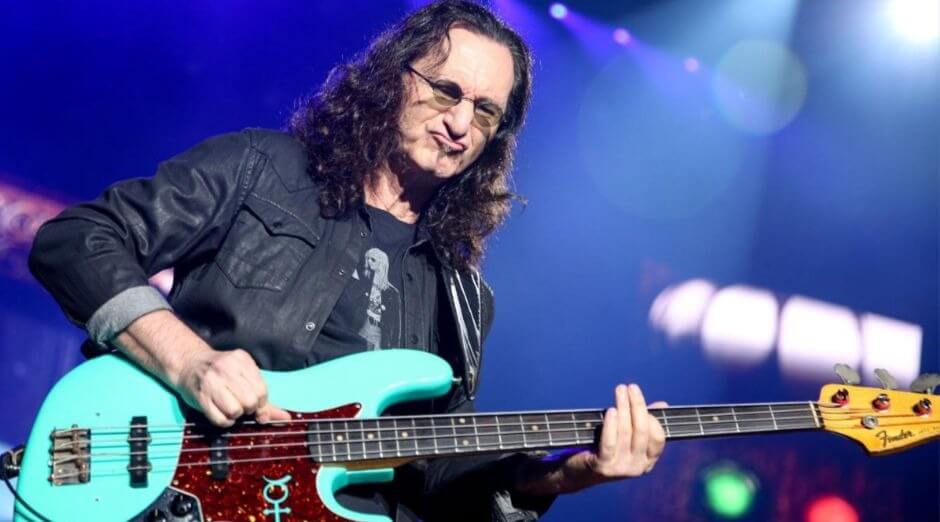 The legendary Rush singer and bassist Geddy Lee Alex revealed the 13 songs that inspired him the most in an interview with Guitar World back in 2014. The musician listed famous songs and b-sides from all eras and different genres.

13 songs that inspired Geddy Lee (Rush) the most:

“In my view, this is the first truly successful concept album by a British prog-rock band. They even brought a flute into heavy rock music. How dare they! [laughs] Their music is so brilliantly written and well put together, what with its hard-to-play parts and odd time signatures, not to mention the great guitar sounds of the totally underrated Martin Barre.”

“And I love how, no matter what influences they brought into the music, from classical to folk, they always did it in a rock context.”

Yes “Time and a Word”

“I didn’t know who Yes were until a friend loaned me this record. I was totally amazed. I’d never heard a band like this, and I’d never heard a bass player placed so upfront in the mix. Chris Squire had such a driving, aggressive sound, and it made this such a pivotal, influential song for me. Squire’s melodies were brilliant, and they were definitely out there.”

“But they were always essential to the skeletal forms of those songs; he never wandered off out of context. His lines help hold the songs together.”

“If I had to pick a favorite guitarist of all time, it would probably be Jeff Beck. I mean, was there a better guitar sound ever? I think this was the first great Jeff Beck ‘moment,’ the first time when you’d hear something and know that it couldn’t be anybody but him. He was such an amazing pioneer, and just an incredible stylist.”

“The notes he squeezes out of that thing with a whammy bar, a volume control knob and his fingers are simply incredible.”

The Yardbirds “Over Under Sideways Down”

“Jeff Beck again, playing one of the most unique guitar lines ever. It’s really hard to play that thing — it manages to grab something essential from the Eastern quarter-tone style without just being imitative of Indian music.”

“And it’s the hook to a pop song — back when pop, particularly in England, could be a platform for experimentation and innovation. Beck, Page, Clapton and some other Brits really discovered a totally new sound. They figured out how to get a pop angle on the blues by electrifying it, and it became a profound way for guitarists to speak through music.”

Genesis “Watcher Of the Skies”

“This is a very strange, ominous tune from very early Peter Gabriel-era Genesis. The time signature was completely odd — it was a little like Yes, but darker and much more theatrical.”

“The music wasn’t about people stepping out and doing bluesy solos; they were taking a high level of musicianship and weaving it into the guts of the song, playing with layers of melody, odd time signatures and strange guitar riffs. What fascinated me was how these intricate parts all supported one another — and the song,” Geddy Lee said.

Jefferson Airplane “3/5 of a Mile in Ten Seconds”

“A great live record, where the band takes some risks and really changes the arrangements, especially rhythmically. Jack Casady, one of the truly great, underrated bass players, is the star of this record.”

“His tone was very different from other American bassists; it was edgier, and his riffs were really challenging — they aggressively pushed the songs along. I like when a bass player gets a little pushy and won’t keep his place. He steps out of line, but in a great way.”

“‘Crossroads’ was the song you had to learn to play if you were in a band. Clapton just flies through that song. But for me, ‘Spoonful’ was more about Jack Bruce’s great voice and adventurous playing. Bruce, like all the bass players I’ve mentioned, wasn’t content to be a bottom-end, stayin’-the-background bassist.”

“He’s playing a Gibson bass obviously too loud, to where it’s distorting the speakers. But it gave him this aggressive sound and a kind of spidery tone, and I love everything about it,” Geddy Lee said.

“What an amazing guitar sound on this album! And [Pete] Townshend even plays a few solos, which he usually never does. Was there anybody better at expressing themselves through power chords? I just loved that record, and I know Alex did, too. Every time we jammed as a young band we would wind up jamming parts of that record.”