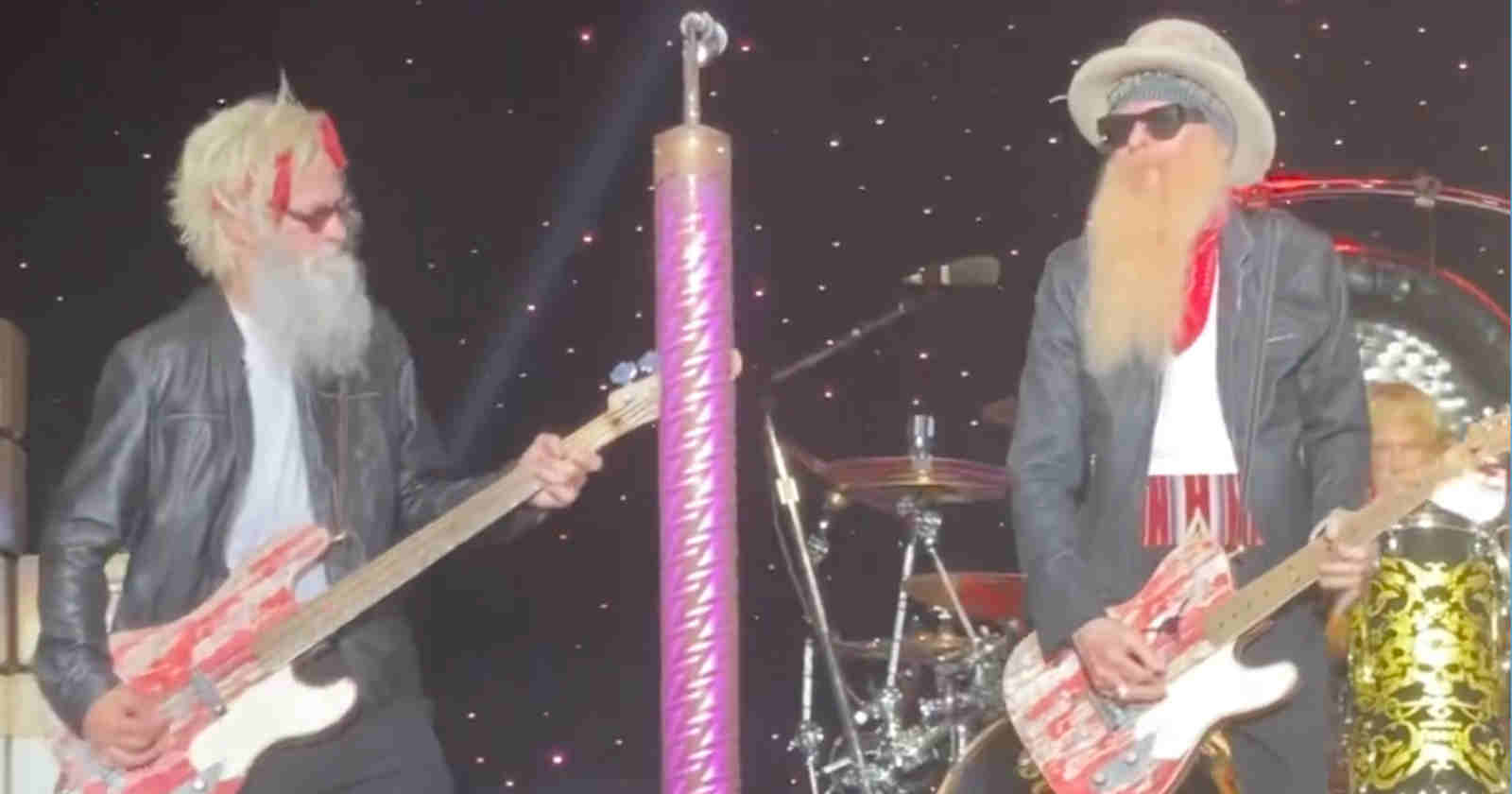 ZZ Top played at the Tuscaloosa Amphitheater their first concert after the death of the bassist Dusty Hill. The band’s longtime guitar tech Elwood Francis, who has worked with the band for more than 20 years will substitute Hill.

“Passing through the grieving process, I can tell you it’s no less than anyone else that loses a good friend or a close associate. And at the same time, knowing that this came up so suddenly — going to bed and not waking up… That was the luck of the draw. He was in, and he was out.”

Was it just the first two dates of the tour that Dusty did with you, before he had to leave?

“He did the first two. And then he requested dismissing himself. He said, “Yeah, let me go check this out.” And of course I said, “Hey, man, health is number one. Go do your thing.” And I could tell through those first two valiant attempts, if he’s not giving it 110%, he was the first one to kind of say, “Gee whiz. Let’s go take care of this.”

So it wasn’t anything where you had partly expected it or thought, boy, he’s seriously ill, and he might have a real problem on his hands?

“Well, it’s no secret that over the past few years he had a pretty rough go with a broken shoulder, followed with a broken hip. And he had some problems with some ulcers. So he’s been kind of tiptoeing through keeping himself ship-shape, best he could. But I think that this was a real challenge. And by throwing in the towel, it might’ve caught up with him. Who knows? I’m just glad he’s in a good spot.”

Is there an official cause of death now, or is it just he really fell asleep and didn’t wake up, and people don’t know?

“That’s about all they can determine. Let’s face it, you don’t necessarily pass away from a broken shoulder or broken hip. Although the attending physician had earlier warned him that bursitis was not uncommon, even arthritis, and they said it’s not a very comfortable place to be. And I could tell that he was moving a little slow. He said, “Boy, this shoulder and hip are really starting to become a problem.” But, as of this juncture, yeah, it was off to dreamland and beyond.”