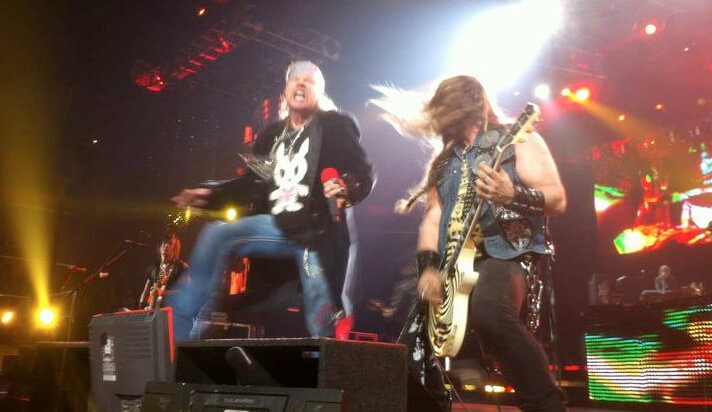 Zakk Wylde talked  with Eon Music about when he briefly joined Guns N’ Roses back in 1995.

“Axl was telling me that he and the other guys were talking about getting another guitar player. He said they were just talking about guys and this and that, and Axl just said, ‘Well what about Zakk?’ 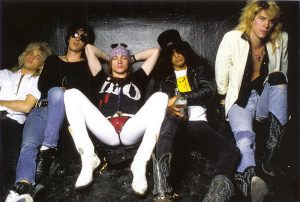 “I know all the guys, but I’d never met Axl before, but I knew Duff and I knew Slash, so it was just kind of just throwing it around as a joke, and then it was, ‘Why don’t we just ask Zakk what he’s doing and have him come down?’

“So, I just went down to jam with the guys. It’s not even like an audition at that point; Jimmy Page is not going to audition for The Rolling Stones, it’s just like, ‘Jimmy, do you want to come down and jam with us?’ ‘Yeah, okay, no problem.’ So, it was more that – just a bunch of clowns getting together and jamming.”

How far did things go with those Guns N’ Roses sessions?

“We jammed a bunch of things, but nothing was happening at the time with the fellas. It was Slash, Axl, Duff, Matt, Dizzy was down there – so all the guys, and then I just came in, and it was jamming.

“We did demos and stuff over at Duff’s house in the studio. We just had a bunch of riffs and stuff like that, but nothing was going on; it was in limbo, it was just laying there, and I was like, ‘I’ve got such an outstanding booze bill, I’ve got to pay this debt off,’ so I said, ‘Fellas, I’ve got to get back to work, just let me know what’s going on.'” 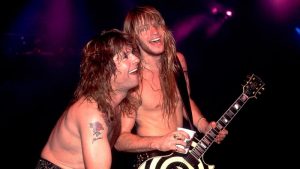 At this stage Ozzy was getting ready to work with another guitar player.

“I remember Ozzy was just like, ‘Zakk, are you going to be jamming with the fellas, or are we going to do this?’ And I said, ‘Oz, I have no idea. I’ve got to ask the guys, and I’ll see if I can get you an answer.’

“Then it kept going, and then it prolonged, and Ozzy was like, ‘Zakk, I’m just going to get somebody else, dude. I can’t be sitting around, because I’m getting ready to tour,’ and I was like, ‘I completely understand.’ That’s when Father Joe [Holmes] came in and was playing with the boss.

“And then I’d got all these riffs laying around, and I thought, ‘To hell with it, I’ll just do it myself,’ and that’s when Black Label was born, and here we are 20 years later.”