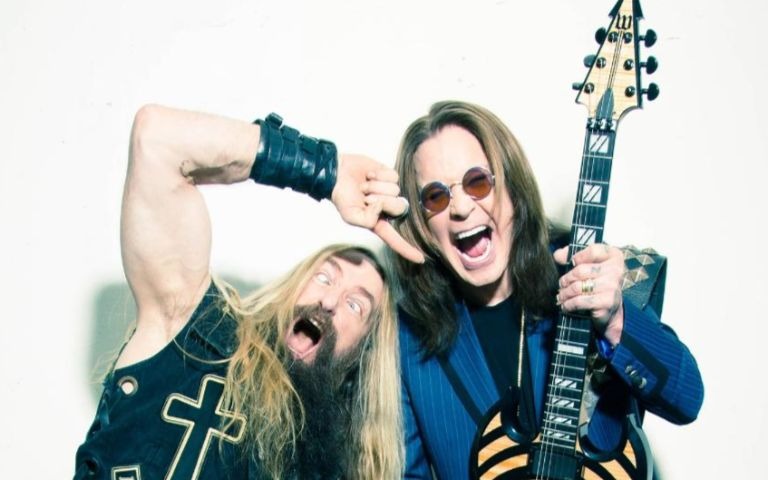 Heavy Metal guitar hero Zakk Wylde revealed in an interview with 93x Radio what ozzy said to him when they first met each other.

I know that you and Ozzy have this intense personal connection, and I just kind of want to know: what does Black Sabbath mean to you?

“The funny thing is – I was playing these songs when I was 15, at parties back in the day in Jackson, New Jersey. We were in high school, and now I’m 52 years old, and I’m still playing Black Sabbath songs. This goes to show you how timeless the music is.

“It all started with me and Blasko [Rob Nicholson, bass], we were playing these metal all-star jams. There wasn’t another drummer playing all the time, so there would be no rehearsals.

“So when we were going to meet, it was just, like, ‘Alright, what are we gonna play?’. So the common ground between everybody, the whole thing is part of your education, like being a classroom musician. You know, Bach, Beethoven, and Mozart.

Do you remember the first Black Sabbath song you heard?

“The first album I ever got of Sabbath – I remember being, like, 12 years old at the time, we were in art class, and I remember my buddy used to sculpture like a skull with a lightning bolt where it said ‘Black Sabbath.’

“I never heard one song, I just knew about how cool it was, and that skull was actually like the Black Label one, so the whole thing is – I was at a mall, my mom was, like, ‘Do you want to get a record?’.

“So I ended up getting [1975 compilation album] ‘We Sold Our Souls for Rock ‘n’ Roll’ because obviously, it’s a double album. All I remember is putting it on and being beyond terrified listening to it.

“I never heard anything like it, I was beyond terrified. I crapped my pants a bit and then after that, I just kept listening to it – really liked it. After that, obviously, I was just collecting all the different records. Obviously, that’s when I became a fan of Sabbath.”

Can you tell me about the first time you met Ozzy Osbourne?

“Yeah. Obviously, being a huge fan, when he left Sabbath, and then when he started with Saint [Randy] Rhoads and when he was playing with Jake [E. Lee], we all loved Ozzy.

“When it came that he was auditioning guitar players, I was playing a club one night, it was, like, ‘Hey, Zakk, you ever think about auditioning for Ozzy?’. I was, like, ‘I don’t know, do you know the guys?’.

“The whole thing is I ended up making a cassette and taking some polaroids on my mom and dad’s porch in Jersey and then sending them to Ozzy.

“I remember Ms. Osbourne calling up from England; she was, like, ‘We’re going to fly you out to LA.’ All I remember is we got out there, Ozzy walked in a room, I was crapping my pants, and then Ozzy said, ‘Zakk, just play with your heart and change your pants. Go make me a ham sandwich and go light on the mustard.’

“So I was making ham sandwiches and going light on the mustard for over 30 years.”

Is there anything else that sticks out he said to you? some memorable piece of life advice or anything…

“Yeah. ‘Go change your pants, they smell terrible.’ You don’t want to go to a PTA meeting after you just crapped your pants, it’s just not good, everyone’s looking at you.”

“You know, you get to the point when you make it as a musician and make a living by playing music, but no, they’re all into their own things. As a parent, you don’t force anything on them; whatever they love, you support them and that’s what you do.”