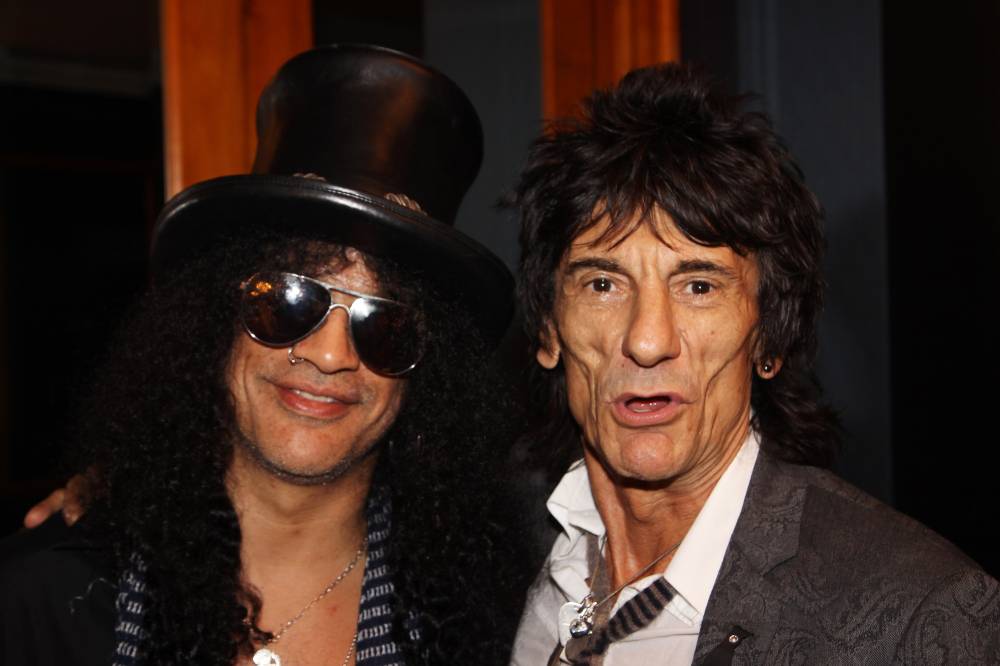 All you need to maket Slash’s hat is a complete woodwork, basically, but the result is very impressive.

A top hat, beaver hat, high hat, silk hat, cylinder hat, chimney pot hat or stove pipe hat, sometimes also known by the nickname “topper”, is a tall, flat-crowned, broad-brimmed hat, worn by men from the latter part of the 18th to the middle of the 20th century.

By the end of World War II, it had become a rarity in ordinary dress, though it continued to be worn in specific instances, such as state funerals, also by those occupying prominent positions in the Bank of England, by certain City stock exchange officials and occasionally when passing between the Law Courts and Lincoln’s Inn, London by judges of the Chancery Division and Queen’s Counsel.

As of the early 21st century, top hats are still worn at some society events in the UK, notably at church weddings and racing meetings attended by members of the royal family, such as Royal Ascot. They remain part of the formal uniform of certain British institutions, such as the boy-choristers of King’s College Choir. They are usually worn with morning dress or white tie, in dressage, and as part of servants’ or doormen’s livery.

Watch Slash explaining the reason he uses the hat: