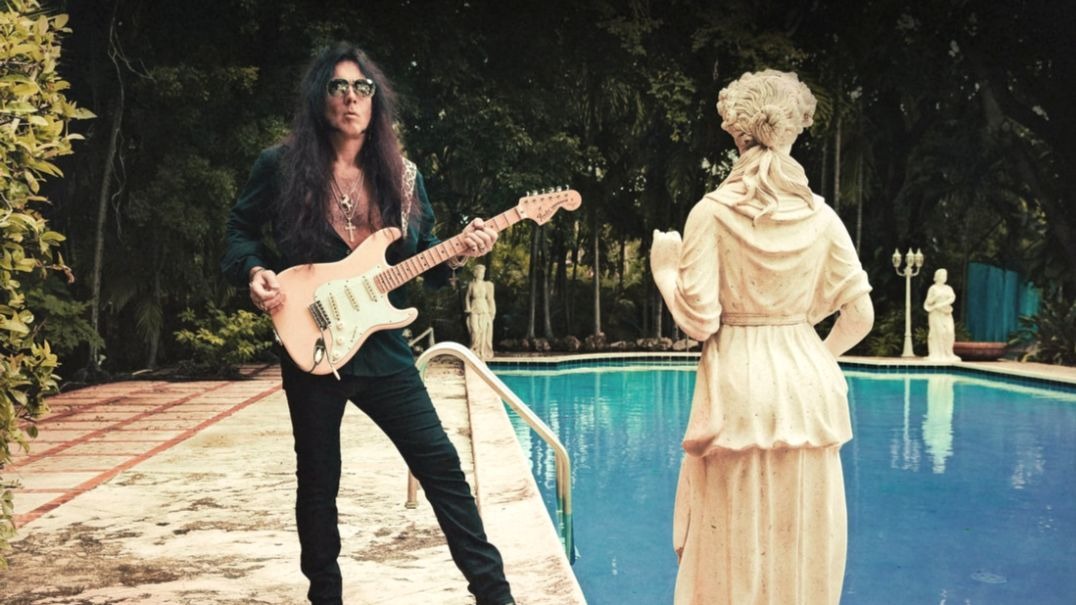 Talking with Music Radar, the guitar virtuoso Yngwie Malmsteen revealed which gutiarrist blew his mind. Allan Holdsworth is his favorite.

“There are so many good players out there, but I’m not influenced by any of them. I don’t want to misconstrue myself; I’m inspired by classical violin, mainly Paganini, Vivaldi, and Tchaikovsky.”

“If there was one guitarist that actually did blow me away, it would be Allan Holdsworth.

“I remember hearing U.K. [the late-’70s supergroup Holdsworth was a part of alongside John Wetton, Bill Bruford, Terry Bozzio, and Eddie Jobson] and not knowing what the fuck to think. It was just so good… so fucking good.

“He was one of the few guitarists I can think of that modeled his playing on another instrument. For him it was saxophone and for me it was violin. So we’re unique in that sense – almost all the other guitarists out there were influenced by the same kinds of sounds.

“I think a lot in minor thirds, while with Allan it was more whole tone and chromatics. But he did it in the best way… that guy could play the fuckin’ phonebook and it would sound good.”

About Ritchie Blackmore he said:

“When I was eight years old, the only guitar player I knew was Ritchie Blackmore. I thought he was extremely good and I still think he’s good.

“I disagree with the idea he was the first to bring classical ideas to guitar; that’s a large misconception. He’s a blues guitar player, ‘Made in Japan’ is a blues album – let’s not be confused about this. It’s all pentatonic blues, extremely good pentatonic blues, to be fair. ‘In Rock’ is a fuckin’ incredible… his playing was really good on that!

“As for classical, my introduction came from Genesis’ ‘Selling England By the Pound’… that’s what brought all the harmonic minors, inverted or suspended or diminished chords and pedal notes to my ears. I thought that album was great.