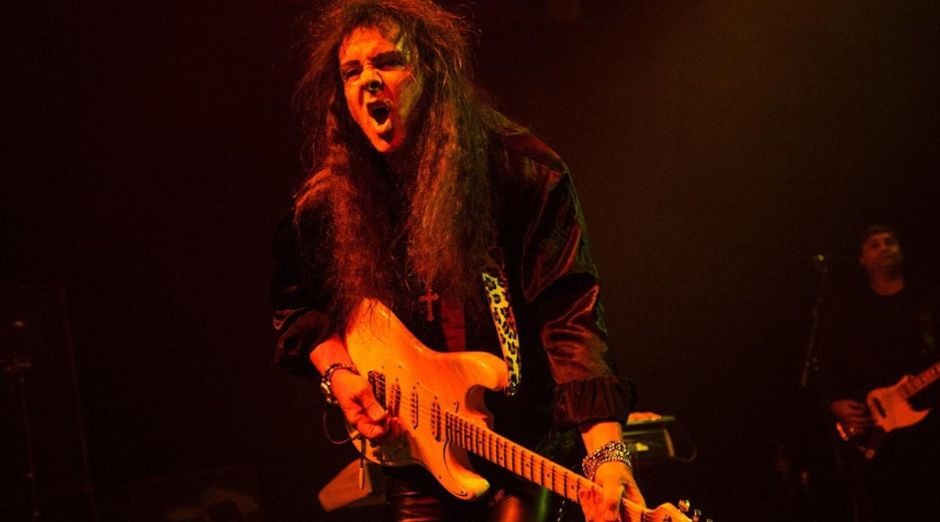 Guitarist Yngwie Malmsteen interrupted a solo he was doing before starting to play the song “Far Beyond The Sun”, during a concert in Monterrey, Mexico, to get the attention of the local light technician. The moment happened in February 28 and the video has released on social networks.

The Heavy Metal musician was doing a kind of introduction to “Far Beyond The Sun” when he got angry at the way the technician was using the light. It is possible to notice that, in some moments, the musician is without light to perform.

With the situation, Yngwie Malmsteen briefly interrupted his presentation to scold the light technician.

“Ok, thanks, I love you. Mr. lighting guy, stop playing with the lights and keep the lights on my guitar. I’m trying to play for people. Please. Thank you,” he said, saying the expression “please”.

After the call for attention, it is possible to notice that the stage is brighter. The situation was recorded on video and can be checked from 1min25sec.

Yngwie Malmsteen, stage name of Lars Johan Yngve Lannerbäck, (Stockholm, June 30, 1963) is a virtuoso Swedish guitarist, considered one of the best of his style.

Influenced by the Baroque music of Bach and Vivaldi, Malmsteen is known to be one of the precursors of the so-called neoclassical metal, which involves heavy metal with elements of classical music. Together with keyboardist Jens Johansson, he also became one of the pioneers of power metal, with the fantastic theme of his lyrics and the orchestral sounds creating the epic atmospheric of the songs. Following these styles, he helped popularize guitar shredding within heavy metal in general and became one of the most influential guitarists in metal.

Malmsteen was once considered the fastest guitarist of his time.