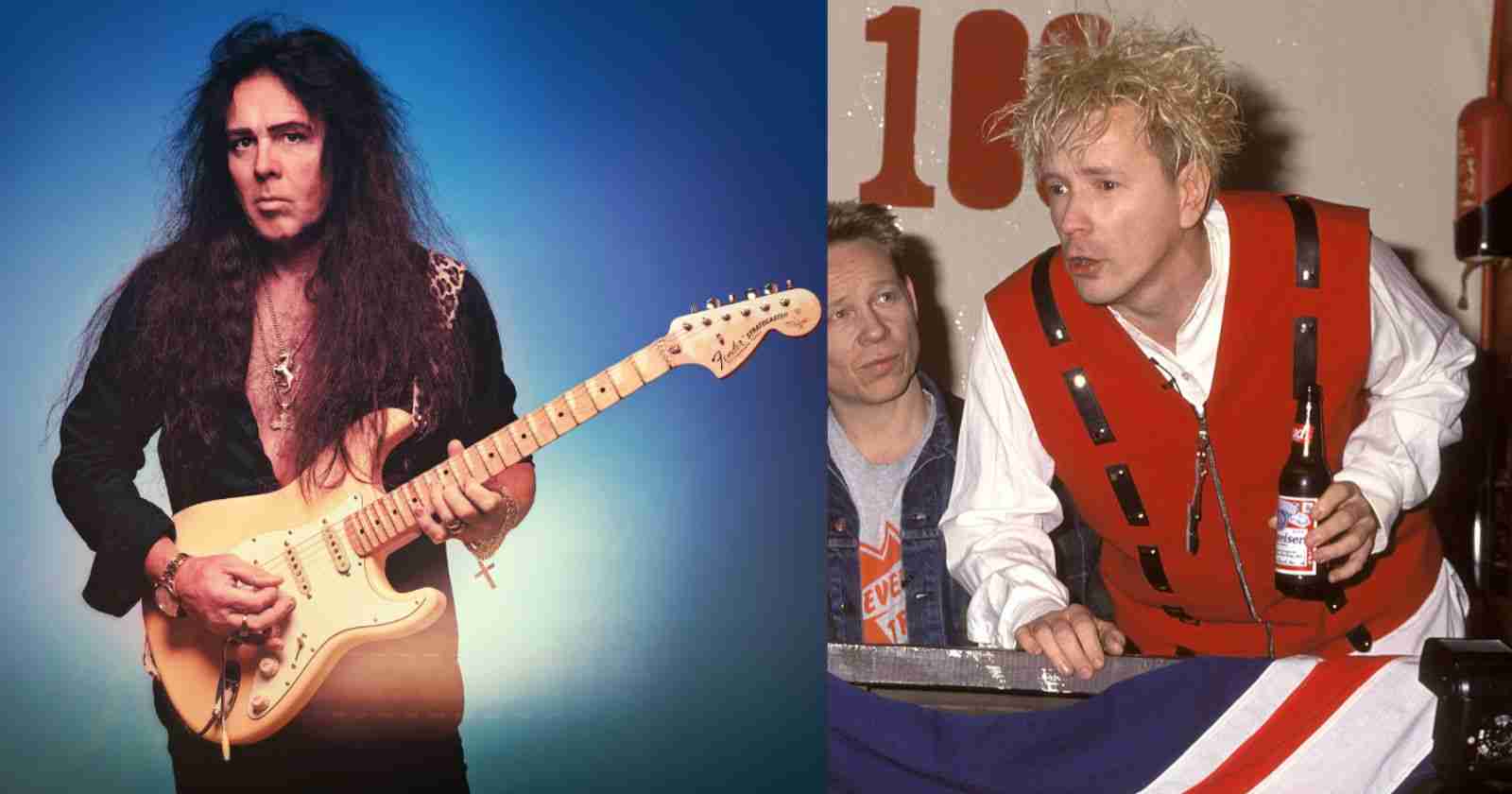 Virtuoso guitarist Yngwie Malmsteen gave his opinion in an interview with Sonic Perspectives on Punk Rock and Grunge music. The musician also said that he doesn’t collaborate with people, he hires them, saying he writes every part of the songs.

Yngwie Malmsteen gives his opinion on Punk Rock and Grunge:

“The thing is that I’ve done this for such a long time, and I was a very accomplished musician already – very young, but very accomplished. I was in junior high when the first punk wave came – Sex Pistols. And I was going, ‘What the fuck is this?! Why don’t you tune the guitar?! Why do you sing like that?!’

“Then, of course, that wore out… And then in 1991, the same exact thing happened again with the grunge wave. So, obviously, as you might already have figured out, I’m not a follower – I don’t follow trends. If anything, I make trends – I don’t follow. And I’ve always been very clear in my vision on where I wanna go and what I wanna do. And my art is too important to me to dilute with trying to follow other things. So I just don’t do that.”

In another part of the interview he stated that he doesn’t collaborate with other musicians:

“I don’t collaborate with people. I write all parts. Even when I hire people, when they are hired to record with me, I wrote the parts and sounds and so forth. Listen, I never say never to anything, but right now this is exactly where I wanna be.”