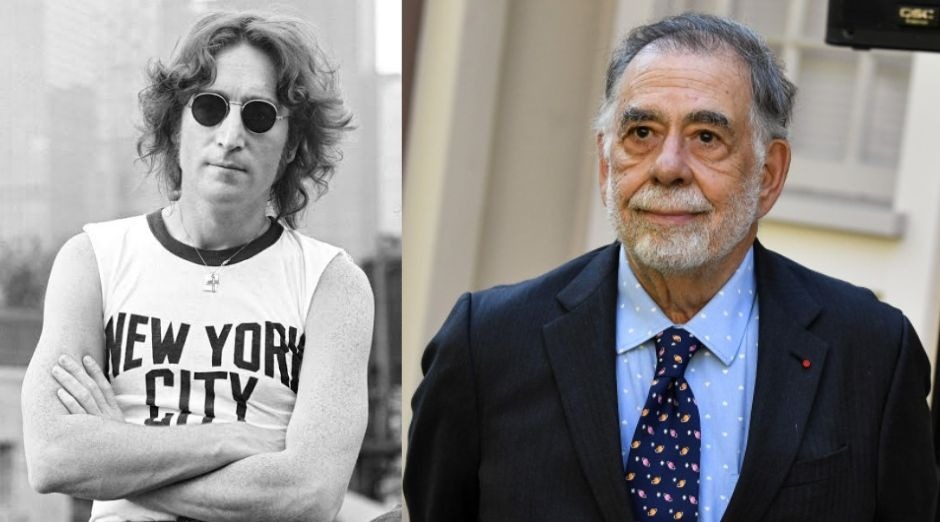 John Lennon left a legacy in film productions like A Hard Day’s Night, Help! and Yellow Submarine and, of course, in music. However, many Beatles fans are unaware that Lennon exchanged letters with one of the most acclaimed filmmakers in cinema history: Francis Ford Coppola.

In the 1970s, Coppola presented us with a series of masterpieces, mainly The Godfather, The Godfather II, The Conversation and Apocalypse Now. Since these classic productions, the filmmaker has also been ahead of other popular films such as Dracula, by Bram Stoker. But during the production of Apocalypse Now, he contacted Lennon.

Read Coppola’s letter to Lennon below:

“I am presently in the Philippines making “APOCALYPSE NOW”. I’ve been here eight months, expect to be here another several months. I live inside a volcano, which is a jungle paradise, where there are beautiful mineral springs; and thought of ever you were in the Far East or if ever you would enjoy spending a little time talking about things in general and some distant future projects that I have in mind, please, I would love to cook dinner for you and just talk, listen to music and talk about movies.

“If coming to the Far East is difficult, then someday in the future, either in Los Angeles, San Francisco or New York, I would like to meet you.

The record, released by Far Out Magazine, does not specify what Coppola wanted John to do. However, in The Beatles Diary Volume 2: After The Break-Up 1970-2001, written by Keith Badman, says the director wanted the ex-Beatle to write songs for Apocalypse Now.

Film fans may notice, for example, that the soundtrack features classics like “I Can’t Get No) Satisfaction” by the Rolling Stones and “The End” by The Doors. Lennon’s music, for sure, would have been a very welcome and appropriate addition to the film.

However, when Coppola and John Lennon met, the filming of Apocalypse Now was already completed, and here’s what the ex-Beatle said about the project:

After thinking a lot more about this idea, I realize that, due to my working hours, I really don’t have time for such a big and new project. I love the book, but it would take a lot of energy and etc.

Cheers for you, it was a pleasure to meet you.