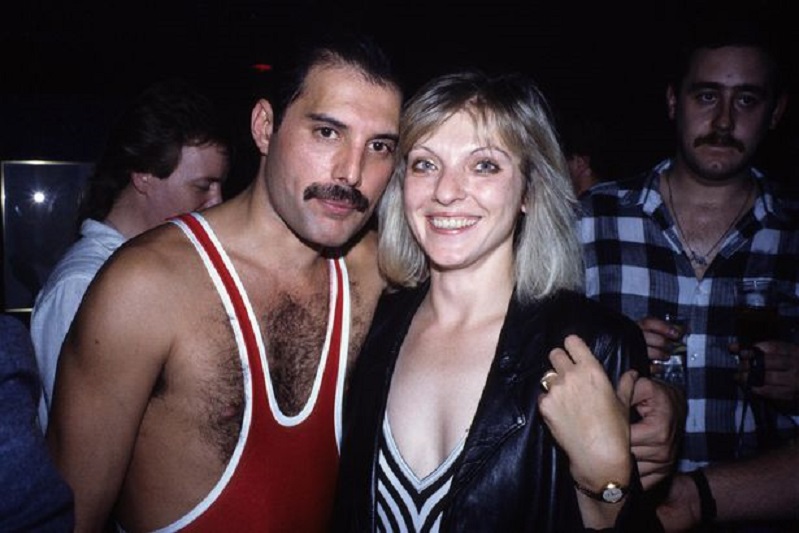 Mary Austin (1951) lives in one of the largest houses in one of London’s most expensive neighborhoods, surrounded by big walls that attract admirers from all over the world every year. But little is known about it. Probably the debut of Bohemian Rhapsody, the film about the life of Freddie Mercury and the rise to the stardom of the band Queen, give some clues. For if Austin lives there, it is because Mercury left him almost all his fortune when he died in 1991.

From Freddie Mercury we know much more. Even 27 years after his death, his power of attraction and his fascination did not diminish. For some analysts, they even increased. Of all the albums that Queen sold in the United States (more than 32 million), half went after the singer’s death.

For many, with its demise was born the fascination with the dead star, that phenomenon that makes that the sales of an artist reach the stratosphere when the idol is gone. It was so with Michael Jackson, George Michael and Whitney Houston. 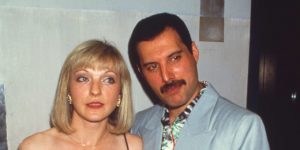 If Mary Austin, the woman Freddie Mercury considered to be his “wife”, is immensely rich nowadays, this is partly thanks to this power of fascination that never ceases – and translates into millions of dollars of copyright every year. But how did this story begin?

According to the documentary Freddie Mercury: The Untold Story, Freddie and guitarist Brian May frequented in the seventies the London boutique Biba, official center of the Swinging London movement of the previous decade.

They went there to observe the clerks, famous in the city for their beauty (Anna Wintour, now director of Vogue USA and the most powerful woman in the fashion world, worked at the boutique as a young woman). One of them was Mary, whom Freddie used to meet in the store before they started dating.

Freddie and Mary lived together as a couple for six years. But they never got married. He told her that he was gay in 1976, although Mary stated that she had noticed strange behavior in him for two years. “I knew he was not being honest with himself,” she said later.

When the singer left his apartment in West Kensington (London), when he became a world-famous singer and millionaire, he bought a house near Austin and gave her a job as his personal assistant. Freddie moved into a house on Stafford Terrace, where he lived before moving on to his last home, Garden Lodge. It was near Mary’s apartment. According to some, from there he could even see Mary’s house. 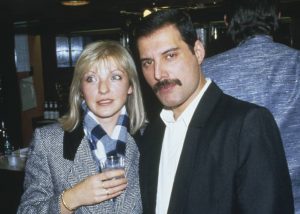 Mercury then began to have more frequent relationships with men. Some in a more ambiguous way (like the one he had with DJ Kenny Everett), others totally sentimental (Jim Hutton was with him from 1985 until his death). But the singer always referred to Mary as “my wife.” “For me, it was a wedding. We believe in each other. All my lovers asked me why they could not replace Mary. Because it’s simply impossible,” he said at the time.

Mary also remade her love life. He had two sons with a businessman named Piers Cameron. Freddie was godfather to the eldest son, Richard. The second, Jamie, was born after the death of the singer. But the lives of Mary and her two sons (she eventually separated from Piers) changed radically on November 24, 1991, on the day Mercury died.

With his will, which became public in May 1992, it was learned that the artist had left Mary his Garden Lodge mansion, valued at 22.5 million euros at that time and half of its fortune (and future dividends by copyright), initially estimated at more than nine million euros.

But you have to consider that the live members of Queen continue to make successful tours. Only in 2014, for example, is it estimated that the group has invoiced more than 54 million euros in copyright. Much of this annual income goes to Mary.

For his companion, Jim Hutton, Freddie left 560,000 euros. The same amount for his personal assistant, Peter Freestone, and for his cook, Joe Fanelli. For her sister, he left the remaining 25% of her assets. And the parents, now deceased, another 25%.

Mary Austin continues to live in Garden Lodge, the house in London where Freddie Mercury lived his last years and passed away, near the station Earl’s Court of the subway. It is a place of pilgrimage for thousands of admirers. 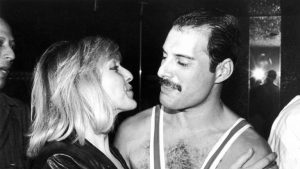 In the 1990s, the walls surrounding the house became the largest rock sanctuary ever full of letters, messages and dedications (Mary Austin withdrew them last year, amidst a lot of controversy, due to the pressure from the residents of this elegant neighborhood.

It is a Georgian mansion with 28 rooms and a large garden. It was Mary herself who chose with Freddie. But what would be a dream for any mortal ended up being for her, she said in an interview in 2000, the worst stage. “The months after Freddie’s death were the loneliest and most difficult of my life. I had a lot of trouble accepting that he was gone and all that he had left to me.

Becoming rich and dealing with a mansion and all the employees were not her only problems: as you might expect, other family and friends of Freddie did not understand why she had taken so much.

The singer’s mother, Jer Bulsara, who died in 2016, granted in 2012 (at the age of 90) a tender interview for the Daily Telegraph indicating that, at least on her part, there was no disgust at her son’s decision. “Mary was adorable and used to come and eat at our house,” Bulsara told reporter Angela Levin.

“I would love to see them get married and have a normal life with children. But even when they were done, I knew [she] still loved my son. They were friends until the end. I have not seen her since he died.

The reporter’s next question was obvious: Did you think it was right that Freddie left Mary for most of his millionaire inheritance?

Freddie’s mother replied: “Why not? She was like his family, and still is.”

Mary is now 68 and one of rock’s best kept secrets: the place where she played the ashes of Queen’s lead singer. The theories are various: the ashes would have been scattered in the Japanese garden of the mansion in London, or on a Swiss lake where Freddie sometimes went in search of peace, returned to Zanzibar (where Freddie was born, since its father worked for the British Secretary of the Colonies), and so on.