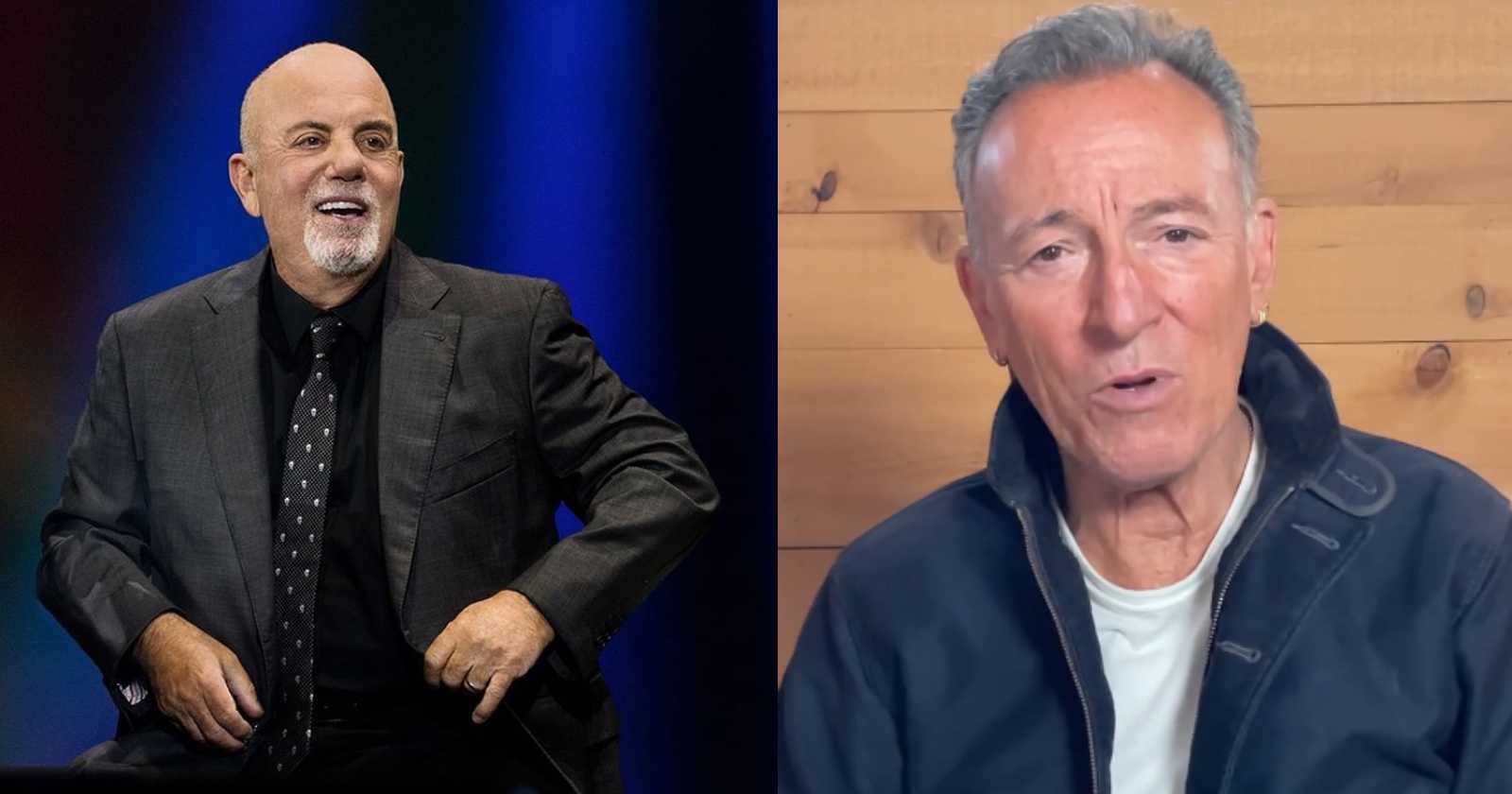 One of the most praised and successful American musicians of all time, Bruce Springsteen has millions of fans worldwide, including many famous ones. The also famous American musician Billy Joel is a friend and big fan of Springsteen’s work and in an interview with with Jimmy Kimmel back 2017 (Transcribed by Rock and Roll Garage) he revealed which is his favorite song from “The Boss”.

“Probably ‘Meeting Across The River’. It’s a very atmospheric Springsteen song,” Billy Joel said. The musician even imitated Springsteen’s vocals in the song while showing Paul Shaffer how to play the track.

The seventh track of Springsteen’s breakthrough album “Born To Run” (1975), “Meeting Across The River” also appeared as the b-side of the title-track when it was released as a single. Still is song that is constantly on the live setlists of Springsteen, often paired with “Jungleland”, that was the next track on the album.

Two very good friends, Billy and Springsteen have already played together on stage over the decades performing songs from their careers.

Both musicians have sold an estimated amount of more than 150 million records worldwide and were already inducted into the Rock and Roll Hal Of Fame in the same year of 1999. Billy Joel was inducted by Ray Charles and Springsteen by the U2 vocalist Bono.

‘Meeting Across The River’ lyrics

“Hey Eddie, can you lend me a few bucks?
Tonight, can you get us a ride?
Gotta make it through the tunnel
Got a meeting with a man on the other side
Hey Eddie, this guy, he’s the real thing
So if you want to come along
You gotta promise you won’t say anything
‘Cause this guy don’t dance
And the word’s been passed, this is our last chance
We gotta stay cool tonight, Eddie
‘Cause man, we got ourselves out on that line
And if we blow this one
They ain’t gonna be looking for just me this time
And all we gotta do is hold up our end
Here, stuff this in your pocket
It’ll look like you’re carrying a friend
And remember, just don’t smile
Change your shirt, ’cause tonight we got style
Cherry says she’s gonna walk
‘Cause she found out I took her radio and hocked it
But Eddie, man, she don’t understand
That two grand’s practically sitting here in my pocket
Tonight’s gonna be everything that I said
And when I walk through that door
I’m just gonna throw that money on the bed
She’ll see this time I wasn’t just talking
Then I’m gonna go out walking
Hey Eddie, can you catch us a ride?”

The album also had other famous tracks like “Thunder Road”, “Born To Run” and “Backstreets”. It also featured classic members of the E Street Band like Steve Van Zandt, Max Weinberg and Clarence Clemons.