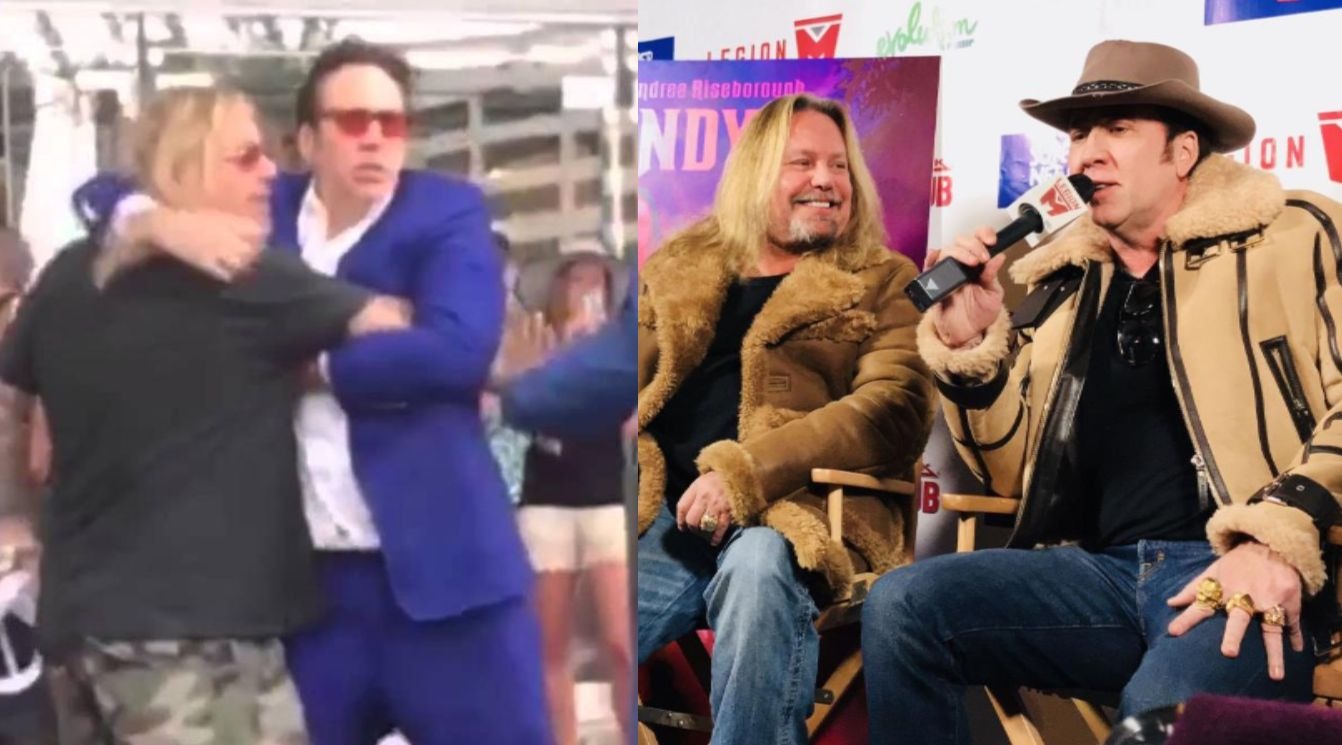 In 2016 the famous actor Nicolas Cage and Mötley Crüe’s singer Vince Neil fought outside a hotel in Las Vegas and the moment was recorded. Not that this is exactly a surprise given to those involved, but it takes on unusual contours when one considers that they have always been friends.

According to TMZ, Nicolas Cage had an episode of boxing with Mötley Crüe vocalist The site claims that the Hollywood star fought with Neil after he physically attacked a woman (who some already speculate to be his girlfriend, Rain, who would have been subjected to similar episodes).

Cage is affectionately quoted by Neil in the book ‘The Dirt’ [Mötley Crüe’s autobiography] affectionately, and people told that the actor contained Vince and removed him from the scene so he would not be arrested immediately.

TMZ further stated that Neil was after the moment the subject of a criminal investigation (which implies that an incident report was made).