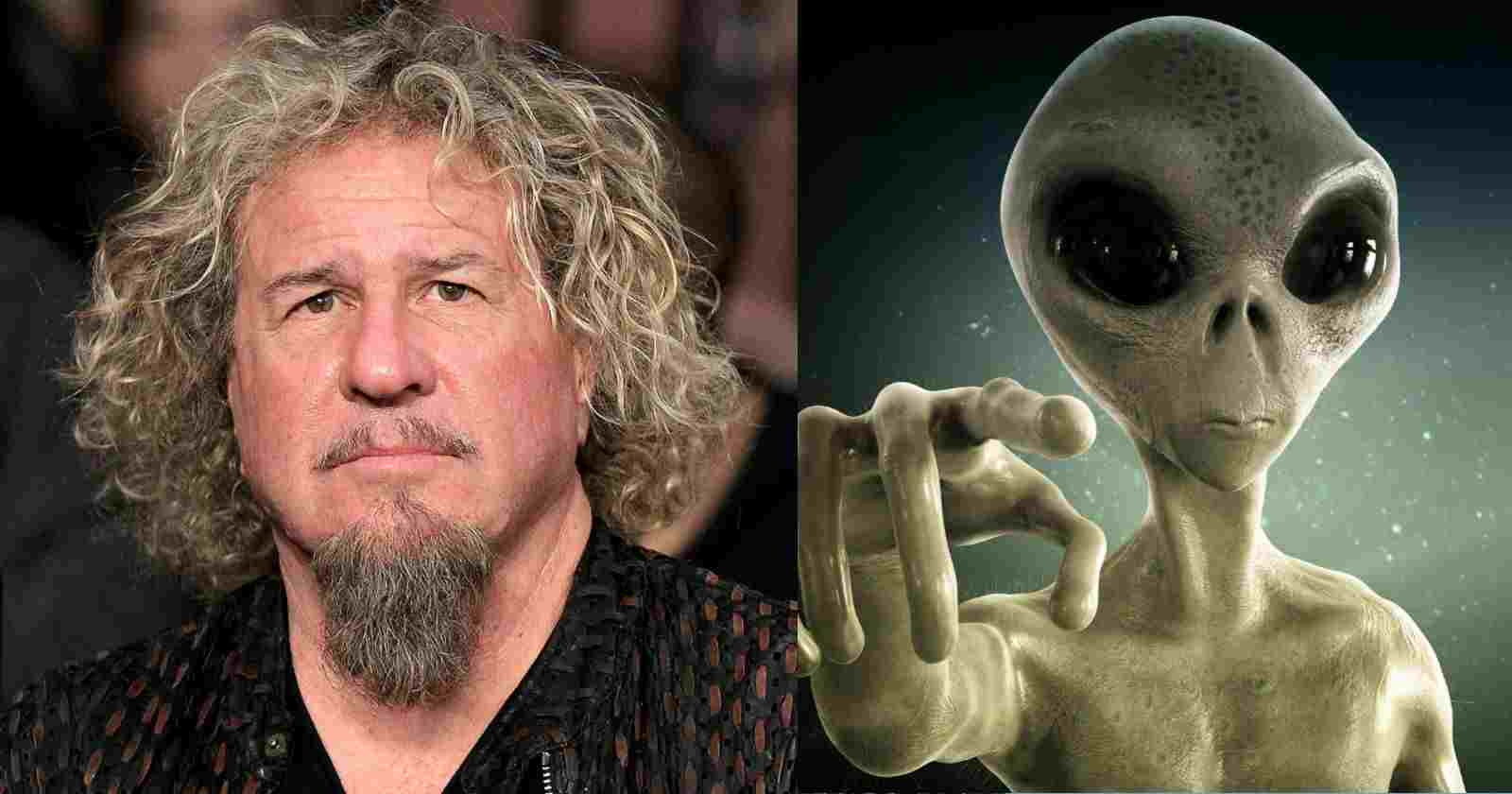 The Singer and guitarist Sammy Hagar (Montrose, Van Halen) revealed in his memoir book Red: My Uncensored Life in Rock and in an interview with MTV Hive back in 2011 that he talked with aliens and had other strange experiences with creatures from other planets or dimensions.

When singer Sammy Hagar recalled he talked with Aliens

“I know there’s something out there,” he explained, “and someday they’ll come. So I was lying in bed one night … dreaming. I saw a ship and two creatures inside of this ship and I couldn’t see their faces. I just knew that there were two intelligent creatures, sitting up in a craft in the Lytle Creek forest area about twelve miles away in the foothills above Fontana. And they were connected to me, tapped into my mind through some kind of mysterious wireless connection.”

“I could write a whole book just devoted to [aliens]. I love it, man. I’m into it deep. [It] friggin’ happened. Aliens were plugged into me … Either a download or an upload. They were tapped into my brain and the knowledge was transferred back and forth. I could see them and everything while it was happening, like an experiment: ‘[Let’s] see what this guy knows’.”

The musician also recalled an weird encounter he had when he was only four years old:

“I saw what I considered to be, well, at the time I thought it was a car with no wheels. We lived out in the country and I saw this thing floating across a field, creating this big dust storm. I threw rocks at it and shit. And I don’t know what happened after that.” Asked if he thinks he “blacked out”, Hagar replied: “I guess, I just have no memory of it. And that wasn’t a dream. It was during daylight.”