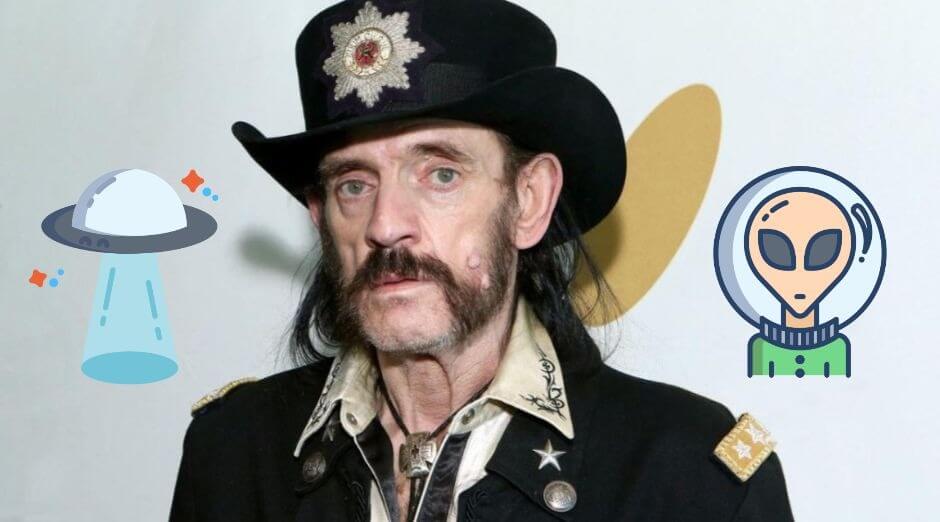 The legendary Motörhead leader Lemmy Kilmister claimed to have seen a UFO back in 1966. That was before he were Jimi Hendrix’s roadie and was a member of Hawkwind. Lemmy was playing in a beat combo called The Rockin’ Vickers. The musician talked about it in an interview with Revolver back in 2013.

Lemmy Kilmister said about seeing a UFO back in the 60’s:

“In 1966 we were coming back over the Yorkshire Moors which, incidentally, was before I even drank beer, so it couldn’t have been some acid flashback. So this thing came over the horizon and stopped dead in the middle of the sky.”

“Then it went from a standstill to top speed, immediately. We don’t even have aircraft that do that now, never mind then. So that was pretty eye-opening for me.”

Also curiously on the song “We Are Motörhead” from the self-titled 2000 album Lemmy brings the UFO’s to the song saying: “We are Motörhead and we don’t have no class… We bring you UFOs, saucers in the sky.”

We Are Motörhead lyrics:

We shoot power to your heart, a mighty thunderbolt

We charge all batteries, we save your soul

We don’t know when we’re licked,

But we turn lead into gold

We know alchemy, we bring you rock and roll

We are the ones always too early or too late

We are Motorhead – born to kick your ass

We bring the firestorm to brighten up your life

We mend all broken hearts, we cure all pain

We bring you attitude and razor teeth to bite

We are the ones you need, the ones that you despise

We are the ones who wanna poke you in the eye

We are the future, baby, used to be the past

We are Motorhead and we don’t have no class…

We bring you UFOs, saucers in the sky

We shoot you full of noise, we aim to kill

We burn like motherfuckers, spit right in your eye

We fight authority, we glorify free will

We are the ones you heard of, but you never heard

We are electric prophets, here to twist the world

We are the flame at night, the fire in the trash

Lemmy Kilmister unfortunately died in 2015 at his home in Los Angeles, California, on December 28, at the age of 70, due to aggressive prostate cancer, cardiac arrhythmia and heart failure. In addition, he had been suffering from diabetes and other health problems for several years.