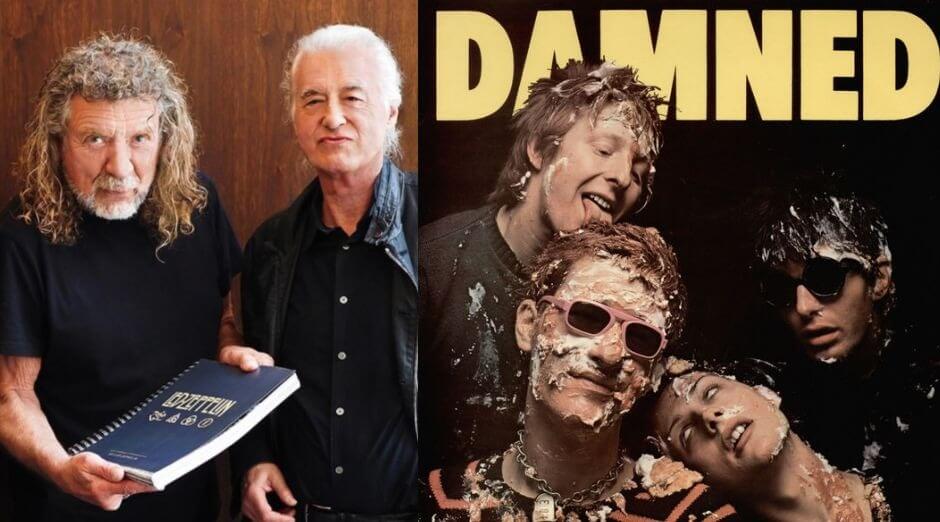 By the end of the 70’s Punk Rock was getting bigger and rivalry with older rock bands started to escalate. However, Led Zeppelin‘s Jimmy Page and Robert Plant were very opened to hear new music and went to a The Damned concert. The guitarist recalled this moment in an interview with The Guardian back in 2015, also giving his opinion about Punk.

Jimmy Page said about him and Robert Plant going to The Damned concert back in the 70’s:

“Here’s where it goes with Led Zeppelin. It didn’t matter what was going on around us, because the character of Led Zeppelin’s music was so strong. I really enjoyed punk music: I went to hear the Damned, and Robert came along”.

“The two of us went to see the Damned here in London. He’d probably run a mile from something like that now, but I’d still embrace it. I liked the Sex Pistols’ music, I thought it was superb. I liked it but that didn’t mean to say I was going to give up on the way I was going, but you do, you appreciate other music along the way.”

“You could see the link back to Eddie Cochran, but I don’t want to take anything away from what they did, or try and link it into something else – that’s almost as annoying as people trying to link Led Zeppelin into something. It was just really good music.”

The Damned is a British rock band formed in London in 1976. They were one of the first punk bands in the UK to release a compact (“New Rose”), to release an album (Damned, Damned, Damned) and to tour in the United States. They are also considered one of the precursor bands of British Gothic rock alongside names like Joy Division, Bauhaus and Sisters of Mercy.

In addition to punk, the band incorporated several different styles in their music and image. Such as garage rock, gothabilly and cabaret style. Vanian’s vocal style has been described as similar to a singer such as Frank Sinatra, something unusual for punk rock.  Over time, the band dissolved several times, keeping only vocalist Dave Vanian and Captain Sensible as the constant members.