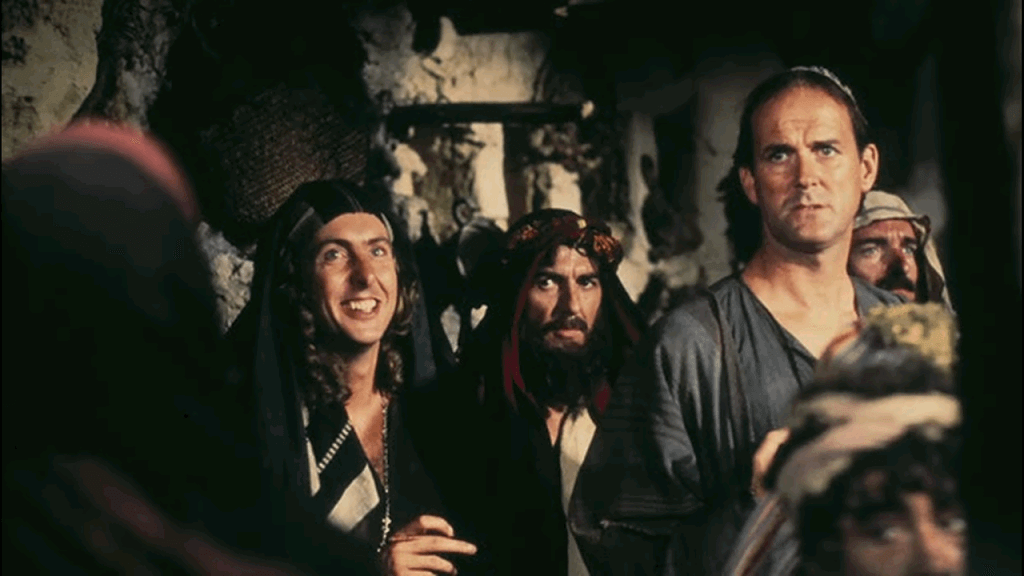 Beatle George Harrison was not only one of the biggest guitarists of all time he also invested money in some movies through his production company called HandMade Films. He created the company in partnership with Denis O’Brien back in 1978 to originally fund Monty Python’s classic “The Life of Brian.” The screenplay of the film had been refused by EMI Films near the start of the shooting. 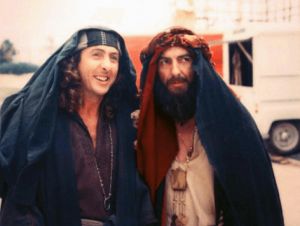 The film became a cult classic and still is considered one of the best comedies of all time. It tells the story of the guy who was born the same day that Jesus lived next to him and was confused with him.

Harrison and Monty Python member Eric Idle were friends. Harrison read the script, liked it and decided to pay for the movie. In order to do that he mortgaged the house and put about $ 4 million into the project, that often said that is the world’s most expensive movie ticket ever paid by someone. “I liked the script, I wanted to see the movie,” he explained.

Life of Brian has regularly been cited as a significant contender for the title “greatest comedy film of all time”, and has been named as such in polls conducted by Total Film magazine in 2000, the British TV network Channel 4 in 2006 and The Guardian newspaper in 2007.

Rotten Tomatoes lists it as one of the best reviewed comedies, with a 96% approval rating from 44 published reviews. A 2011 poll by Time Out magazine ranked it as the third greatest comedy film ever made, behind Airplane! and This is Spinal Tap.

The BFI declared Life of Brian to be the 28th best British film of all time, in their equivalent of the original AFI’s 100 Years…100 Movies list. It was the seventh highest ranking comedy on this list (four of the better placed efforts were classic Ealing Films). Another Channel 4 poll in 2001 named it the 23rd greatest film of all time (the only comedy that came higher on this occasion was Billy Wilder’s Some Like It Hot, which was ranked 5th).