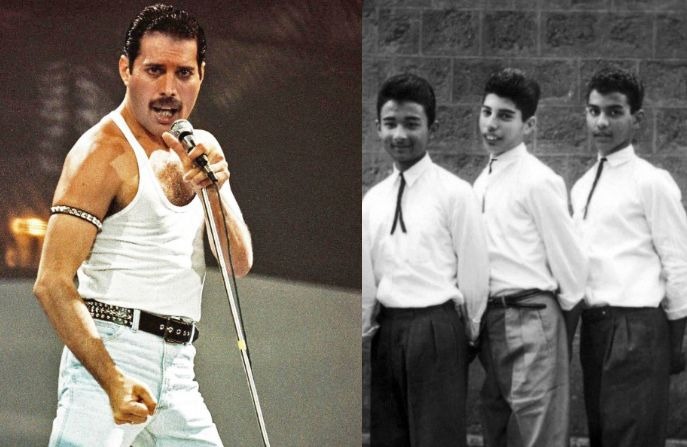 Brian May, Roger Taylor and John Deacon were not the first colleagues Freddie Mercury had in the music business. Before becoming a global idol, Mercury had spent his childhood in India, where he began to showcase his talent in The Hectics, his first band.

Born in the British protectorate of Zanzibar (now Tanzania), Mercury went to India with his family. He started playing the violin at the age of eight and sang in the choir of St. Peter’s College, a conservative boarding school in Mumbai headed for the upper-middle classes of India in the 1950s, where the piano teacher advised parents to take private lessons. The Hectics were formed, when he had 12 years old, but they did not have an easy life in that context.

Inspired by Elvis Presley and Fats Domino, they performed at school events singing versions of well-known rock & roll names, but their music was not well seen in that conservative environment.

But the truth is that, although very introverted by then it was visible that the singer could transcend completely when interpreting and giving voice to the music.

Incidentally, his shyness for days has been recalled by his biographer, Lesley-Ann Jones, who described him in an interview as a “very well-educated and respectable” man, but also “very shy”, despite the ease with which was on stage.

It remains to be said that in 1963, he was then 17 years old, when Farrokh left India, towards England, The Hectics ended. The other four members of the group lost touch with their timid vocalist, and only a few years later – according to one of them, Victory Rana – they would recall the discreet Bulsara to the extravagant Mercury upon hearing his unique voice.