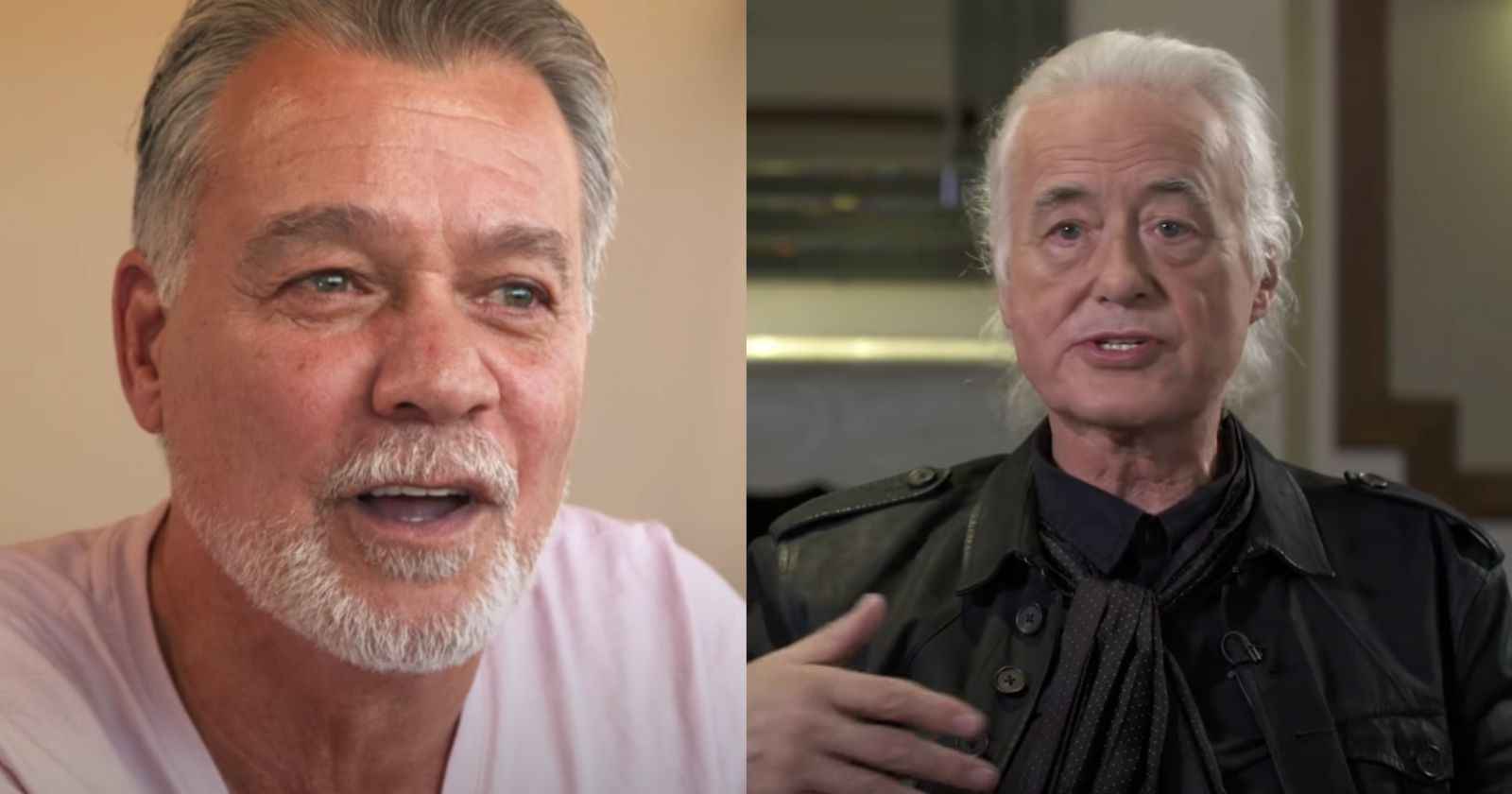 Eddie Van Halen that is considered one of the best guitarists of all time gave his opinion on another legendary guitarist, Led Zeppelin’s Jimmy Page, saying in an interview with Guitar World back in 1981, that the British musician was sloppy playing live.

“Jimmy Page is an excellent producer. Led Zeppelin and Led Zeppelin II are classics. As a player, he’s very good in the studio. But I never saw him play well live. He’s very sloppy. He plays like he’s got a broken hand and he’s two years old. But if you put out a good album and play like a two-year-old live. What’s the purpose?”

There are no records of Eddie talking about Jimmy Page or Led Zeppelin after this interview, only the video where he plays a snippet of “Whole Lotta Love”. But their were together in events and there was no hard feelings about the comment.

On the other hand, after the news of Eddie Van Halen’s death back in October 2020, Jimmy Page lamented the death of the musician and praised his talent and career.

“It is with great sadness that I heard the passing of Eddie Van Halen.  He was the real deal: he pioneered a dazzling technique on guitar with taste and panache that I felt always placed him above his imitators. It was good to see him featured at the Met’s Play It Loud Exhibition.⁣ R. I. P. Eddie⁣”

Eddie’s son Wolfgang recently revealed his father’s favorite musicians and songs in an interview with Ultimate Classic Rock and introduced him when he was growing up.

“When I was 12 and graduating sixth grade, I wanted to perform ‘316’ the song my dad wrote for me [released on 1991’s ‘For Unlawful Carnal Knowledge,’ ‘316’ refers to Wolfgang’s March 16 birthday], at my graduation. So, I just learned that song, From there I took a shine to guitar and tried to learn everything I could.”

“He never really tried to push me into any direction. I think the only thing he really introduced to me was AC/DC, the [1978] album ‘Powerage’ was a big bond for us. So Down Payment Blues,’ that was my dad’s and my favorite song. But from there I kind of developed my own taste.”

“I was really into Blink-182. I played [the 1999 album] ‘Enema of the State’ nonstop. That’s how I learned the drums. It wasn’t until maybe I discovered Tool that I started to see an improvement in my skills by trying to play like Danny Carey.”

“The only thing where my dad ever was like, ‘Wolf, you gotta check this out.’ He put a pair of headphones on and played me ‘Red Rain.’ He loved ‘So’ so much, and so do I. So it’s one of my favorite albums of all time. That’s his favorite album, and he transferred that to me.”

“I was really into System of a Down in middle school. But I don’t think he ever knew the band name. He would always call them ‘La la la la.’ Because of the song ‘B.Y.O.B.’ He thought that was really funny.”