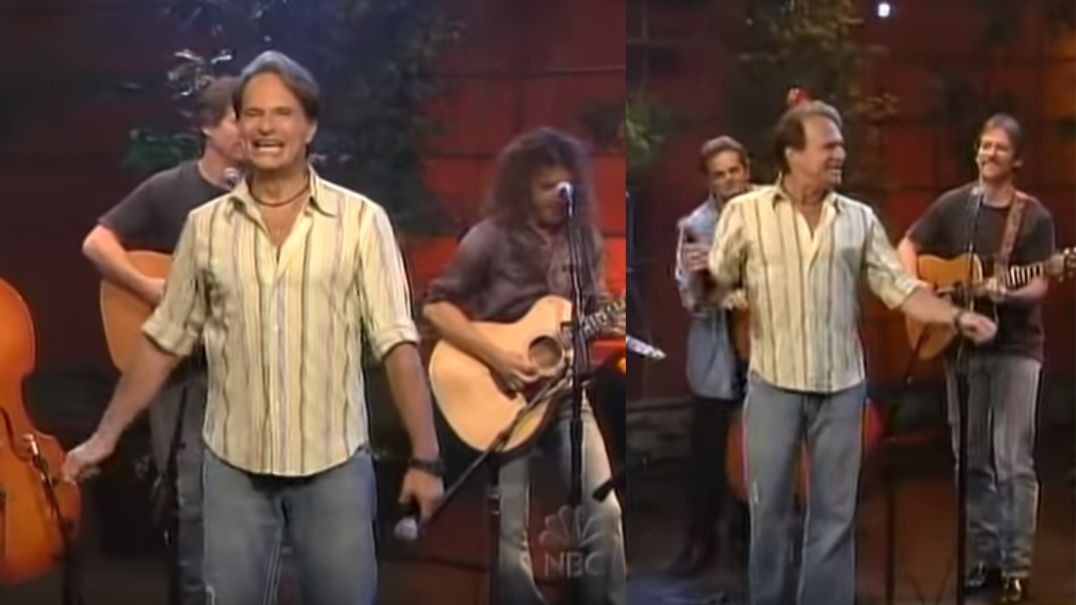 Back in 2006, David Lee Roth made a Country version for Van Halen’s classic “Jump” on Jay Leno program and is quite unusual.

“Jump” is a song by Van Halen. It was released in December 1983 as the lead single from their album 1984. It is Van Halen’s most successful single to date, reaching number 1 on the US Billboard Hot 100.

The song differs from earlier Van Halen songs in that it is driven by a keyboard line (played on an Oberheim OB-Xa) although the song does contain a guitar solo, which was spliced together from multiple takes. David Lee Roth dedicated the song to martial artist Benny Urquidez, of whom he was a student.

The synth line was written around 1981 by Eddie Van Halen but it was refused by the other members of the band. In 1983, producer Ted Templeman asked Roth to take a listen to the unused song idea. Riding around in the back of his 1951 Mercury, with band roadie Larry Hostler driving, Roth listened repeatedly to the song.

To come up with a lyric for it, he remembered seeing a television news report the night before about a man who was threatening to commit suicide by jumping off a high building. Roth thought that one of the onlookers of such a scene would probably shout “go ahead and jump”. Roth bounced this suggestion off Hostler who agreed it was good. Instead of being about a threatened suicide, the words were written as an invitation to love. Roth later told Musician magazine that Hostler was “probably the most responsible for how it came out.”