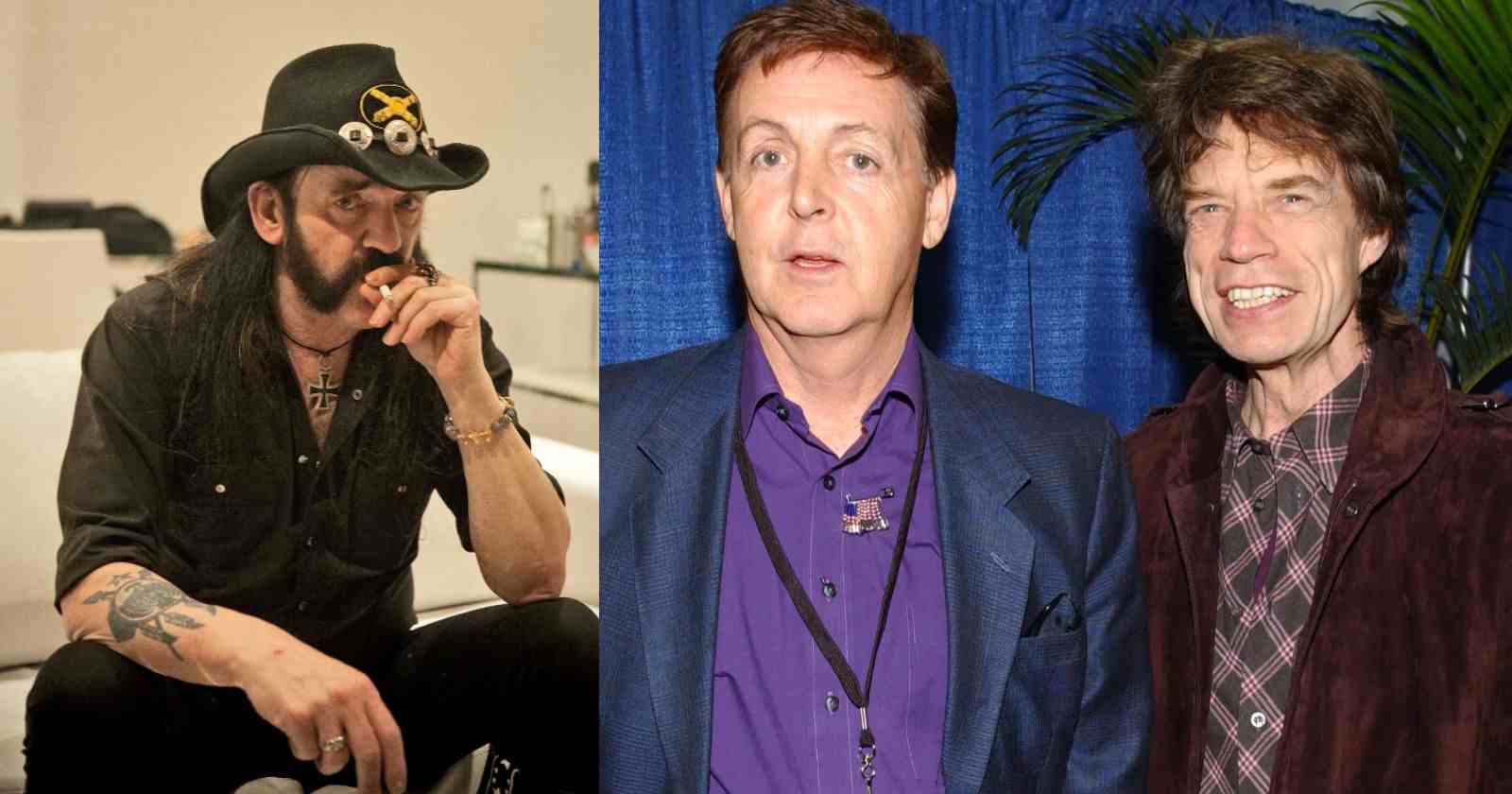 The late Motörhead leader Lemmy Kilmister was a big Beatles fan and in an interview with NME back in 2010 he gave his opinion on the band and John Lennon. The musician said that Fab Four inspired a big change in the world.

Lemmy Kilmister gave his opinion on The Beatles and John Lennon:

“There’s things like “The fat growth on Eric Hearble” ‘Which was a boil on this guy’s head as I was talking to him.’ And he says, um…”But would you like your daughter marry one?…a voice seem to say as he lept off the bus like a burning spastic.”

“That was in like 1964 he wrote that…I mean…So, uh…he certainly progressed after that I suppose you could say. Lennon was massive…you know…I mean…the Beatles were massive.”

“The Beatles changed the world, they really did. I mean, the generation that was with them, which includes me, we believed that we can make the world better and we failed because the world is so full of shit. Because the way that money works you can’t fight money, you can steal it (laughs)”.

Lemmy also talked about The Beatles on his autobiography “White Line Fever”, saying:

“The Beatles were hard men. Brian Epstein (Manager) cleaned them up for mass consumption, but they were anything but sissies. They were from Liverpool, which is like Hamburg or Norfolk, Virginia – a hard, sea-farin’ town, all these dockers and sailors around all the time who would beat the piss out of you if you so much as winked at them. Ringo’s from the Dingle, which is like the fucking Bronx.”

“The Rolling Stones were the mummy’s boys – they were all college students from the outskirts of London. They went to starve in London, but it was by choice, to give themselves some sort of aura of disrespectability. I did like the Stones, but they were never anywhere near the Beatles – not for humor, not for originality, not for songs, not for presentation. All they had was Mick Jagger dancing about. Fair enough, the Stones made great records, but they were always shit on stage, whereas the Beatles were the gear.”

In an interview with Revolver magazine back in 2002 Lemmy Kilmister recalled seeing the Beatles playing at the Cavern Club after his girlfriend told him about the group:

“She said, ‘There’s this new band up in Liverpool — you’ve got to see them.’ I said, ‘I’ll come up, if you put me up for the night.’ So really it was lust that drove me to the Beatles. We went up and saw the Beatles at the Cavern, and they were fucking tremendous. They walked on, and it was like one person, indivisible. George used to sing “Too Much Monkey Business” onstage. Paul would do “Besame Mucho” and used to throw sandwiches into the audience.”

“This kid in the audience yelled, “John Lennon’s a fuckin’ queer!” And John said, “Who said that?” He didn’t have his glasses on, so he couldn’t see shit. He put ’em on, and the kid said, “I fuckin’ did!” John said, “Hang on!” He took his guitar off, went down in there and hit the kid in the nuts about three times before he hit the floor. Bang! Bang! Bang! [Laughs] John was like, “Right. Anybody else?” Then he got back up, and they went right into “Hippy Hippy Shake”!