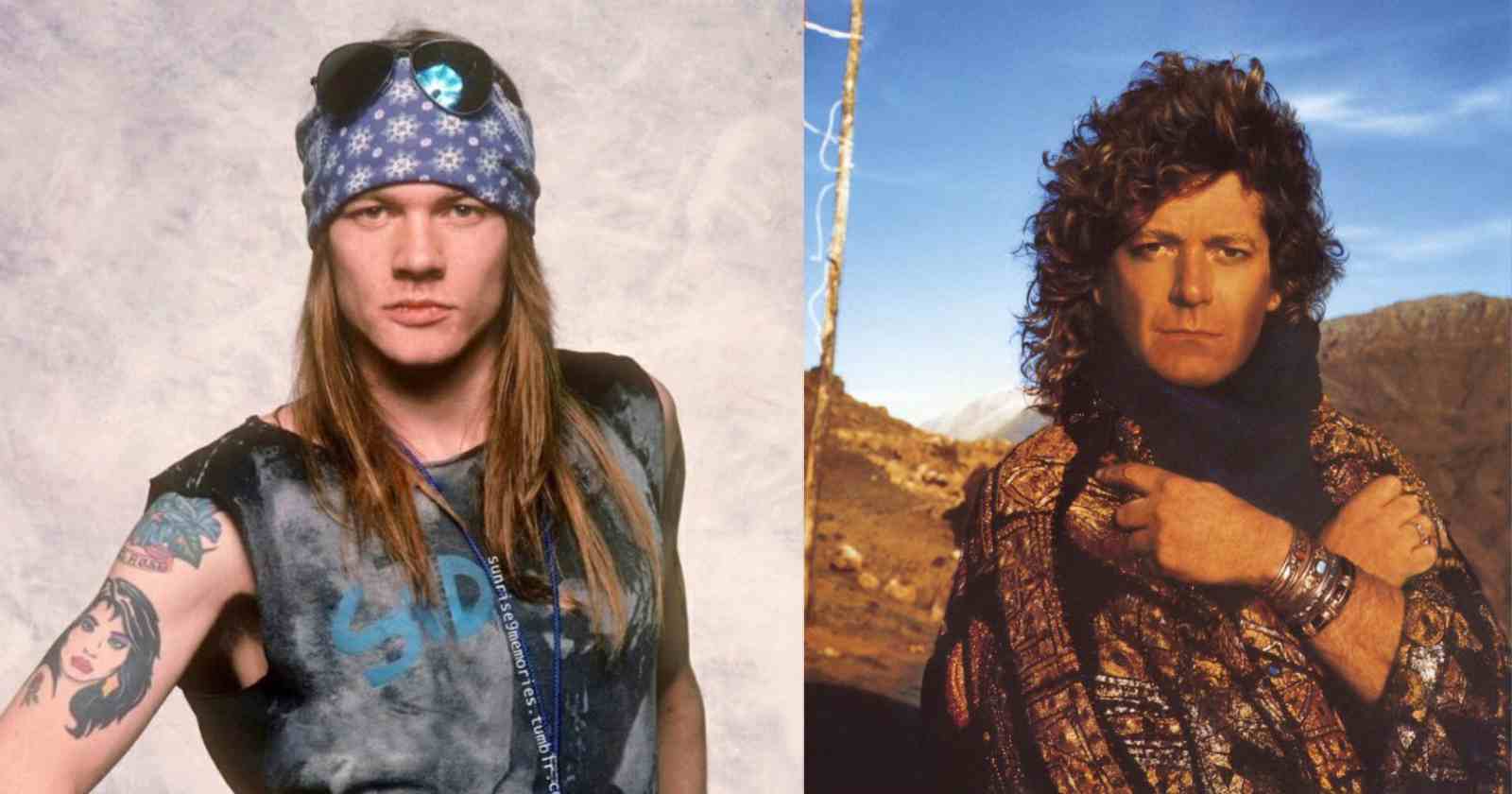 Led Zeppelin already achieved fame when they released their first two albums in 1969 that had songs like “Dazed and Confused”, “Communication Breakdown”, “Whole Lotta Love” and “Heartbreaker”. During the 70s they released more 6 albums that also helped them to become one of the best-selling bands of all time with more than 200 million records sold worldwide. They influenced a whole generation of musicians and are considered one of the godfathers of Hard Rock.

In the late 80s another band that appeared and had a big impact in Rock music was the Guns N’ Roses, that has one of the best-selling debut albums of all time, like Led Zeppelin. Back in 1987, the same year the group released the debut record “Appetite for Destruction”, the band’s vocalist Axl Rose talked with journalist Steve Harris about many bands, including Zeppelin and the singer Robert Plant, who at the time had a solo career.

“He’s moved on, he hasn’t compromised his art. I’m talking about Robert Plant there. He hasn’t compromised his art. He’s moved on, he’s an older guy. He doesn’t agree with some of the things he wrote about before but, like, you go through life and you make changes. I mean, Pete Townsend isn’t saying, ‘Hope I die before I get old’ now. You say things one day and that’s how you really feel and you believe it.”

“Jimmy Page is pretty much the same way. Sure you miss old Led Zeppelin. But, people go back to their high school reunions and they are standing there talking to some bald fat guy, and then they don’t even realize that was the quarterback of the football team who got all the girls. They miss that but the guy is changed. Now he’s the guy could be like happy whatever family man in Idaho or something now.”

“You go through changes. I just don’t like compromises for the sake of being successful. That bothers me. I’d rather starve than paying the rent by bending over and taking it in the ass. That’s how I consider it.”

Robert Plant’s solo debut album “Pictures At Eleven” was released in 1982. Even though the musician’s solo career didn’t became as successful as Led Zeppelin he had many hits over the years like “Big Log”, “29 Palms”, “In The Mood” and “If I Were A Carpenter”.